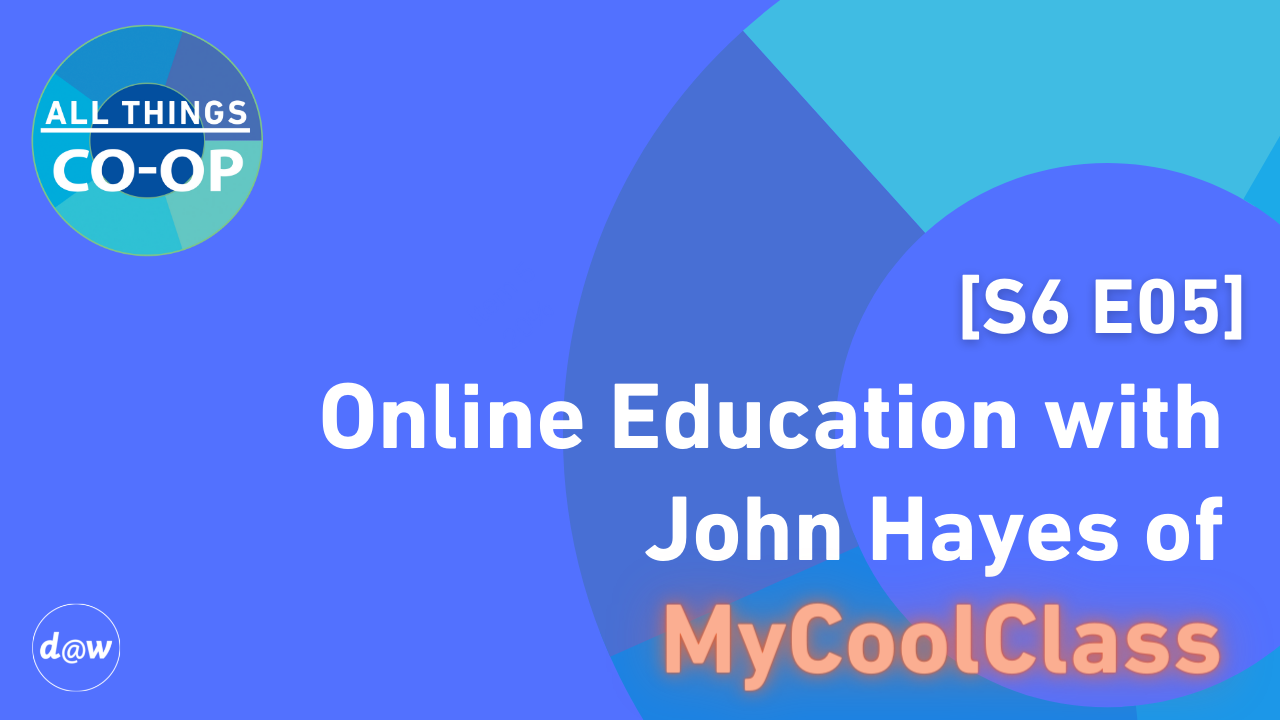 In this episode of All Things Co-op, Cinar, Larry and Kevin talk with John Hayes of MyCoolClass about the rise of educational platforms and online learning. MyCoolClass aims to give power back to the teachers as they navigate the online teaching world and show how cooperative principles can shake up the space. John and the ATC guys chat about what cooperative cultural values bring to education and how an education system run by teachers could be truly revolutionary.

In this episode of All Things Co-op, Cinar, Larry, and Kevin talk about the issue of innovation under both capitalism and a possible cooperative economy. The innovation we’ve seen over the last 250 years has been so immense that people often believe if we changed our economic system, we’d lose the drive for innovation. Though the innovation achieved under capitalism has led to a decrease in needless death, greater standards of living, and massive economic growth, it has also created immense inequality and has led to ever more frequent recessions. As we approach the era of artificial general intelligence and irreversible climate change, how do we account for and justify the costs associated with capitalism? 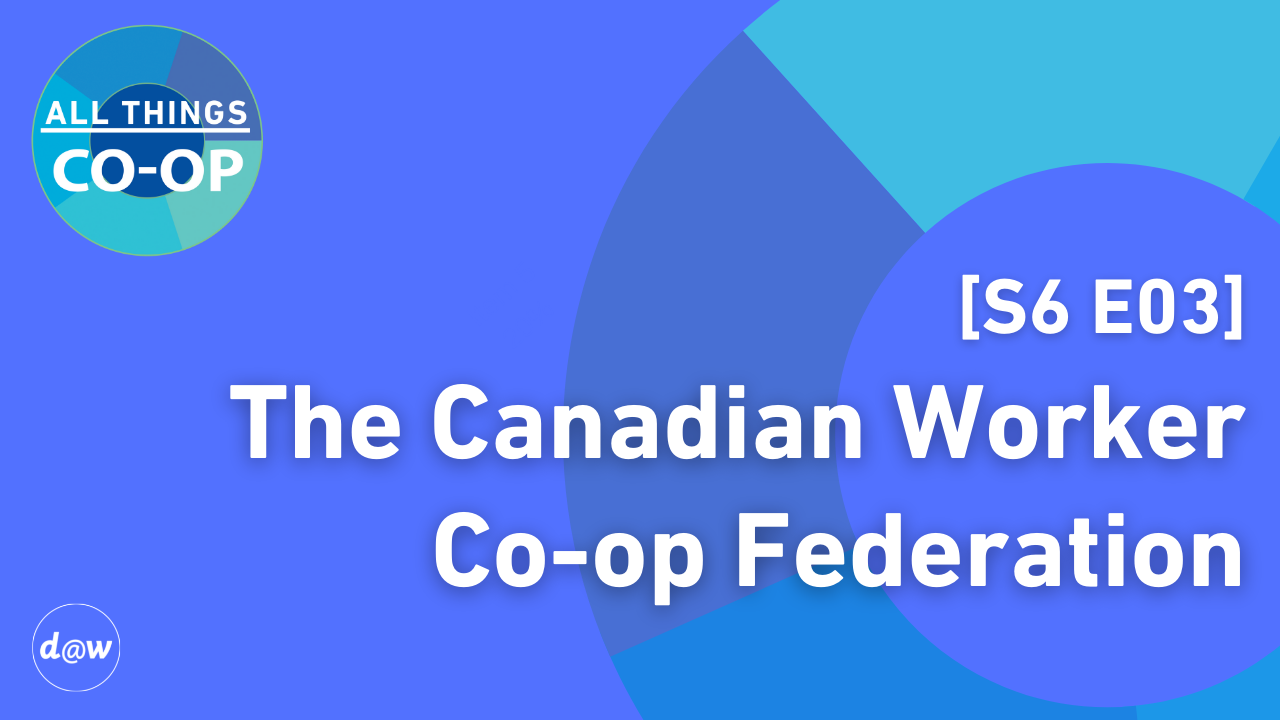 In this episode of All Things Co-op, Cinar, Larry, and Kevin talk with Hazel Corcoran and Jared Blustein from the Canadian Worker Cooperative Federation. Hazel has been the CWCF's executive director since 1995 and Jared is a founding worker-owner of The Allium, a plant-based worker co-op in Calgary. The group discusses the unique landscape of the Canadian worker cooperative movement, touching on issues around building the solidarity economy and Canada's national legislation on cooperatives. Jared and Hazel speak to both the benefits of operating within the worker co-op framework as well as the challenges their organizations face in a largely capitalist economy.

In this episode of All Things Co-op, Larry, Cinar, and Kevin dive into the issue of leisure as it relates to both our current capitalist system and a future cooperative society. What does leisure look like under capitalism and how does it function? What does it mean for our non-work lives and interests to be commodified? The ATC guys explore what leisure could look like in a more cooperative society. 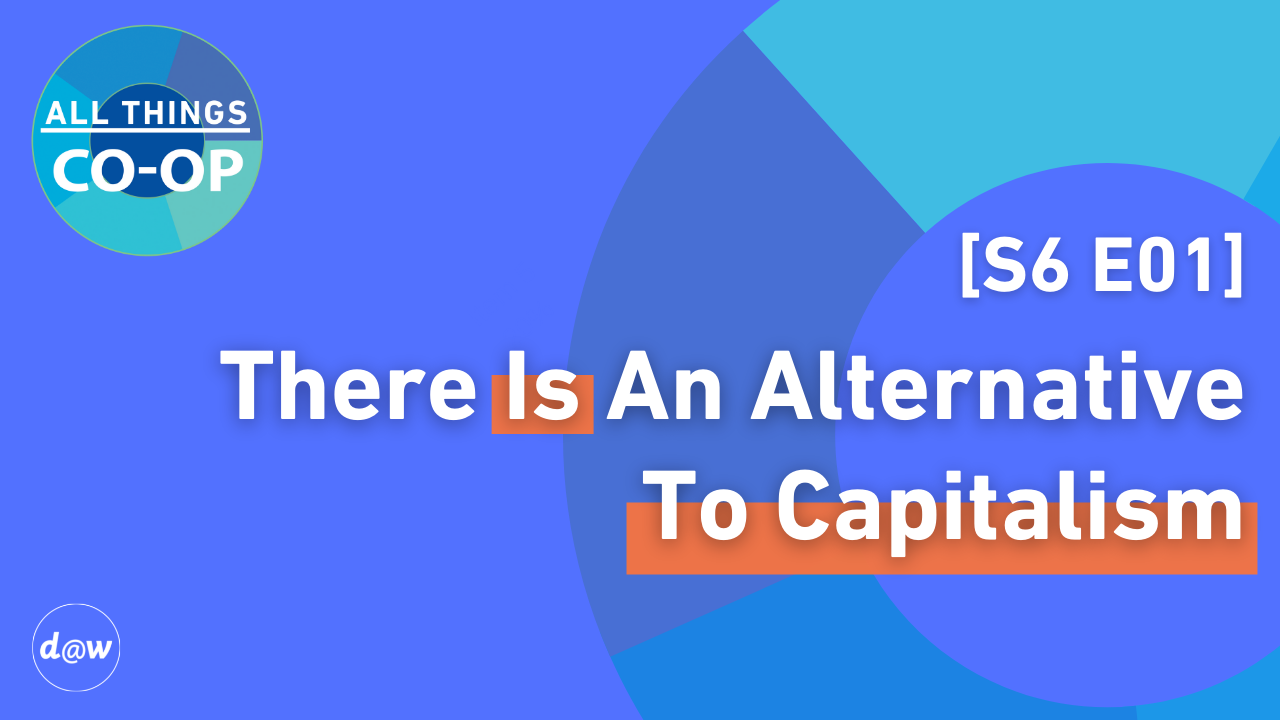 There Is An Alternative to Capitalism

In this first episode of Season 6, Cinar, Larry, and Kevin introduce the theme of Season 6: there is an alternative. Critics on the Left love to talk about what they’re against but rarely offer real alternatives. Playing off the widespread feeling of capitalist realism—that there is no alternative to our current economic order—the ATC guys propose that building a cooperative society is a concrete alternative to capitalism. Throughout this season, they will speculate about what that future society could look like, both in terms of political and economic structures, but also on a wider, socio-cultural scale. Human beings are more than mere workers! Kevin, Larry and Cinar will look at all the aspects that make up our life, from sports to sex and everything in between, to see what living would look like in a cooperative world.