Organized Labor's Decline in the US Is Well-Known. But What Drove It? 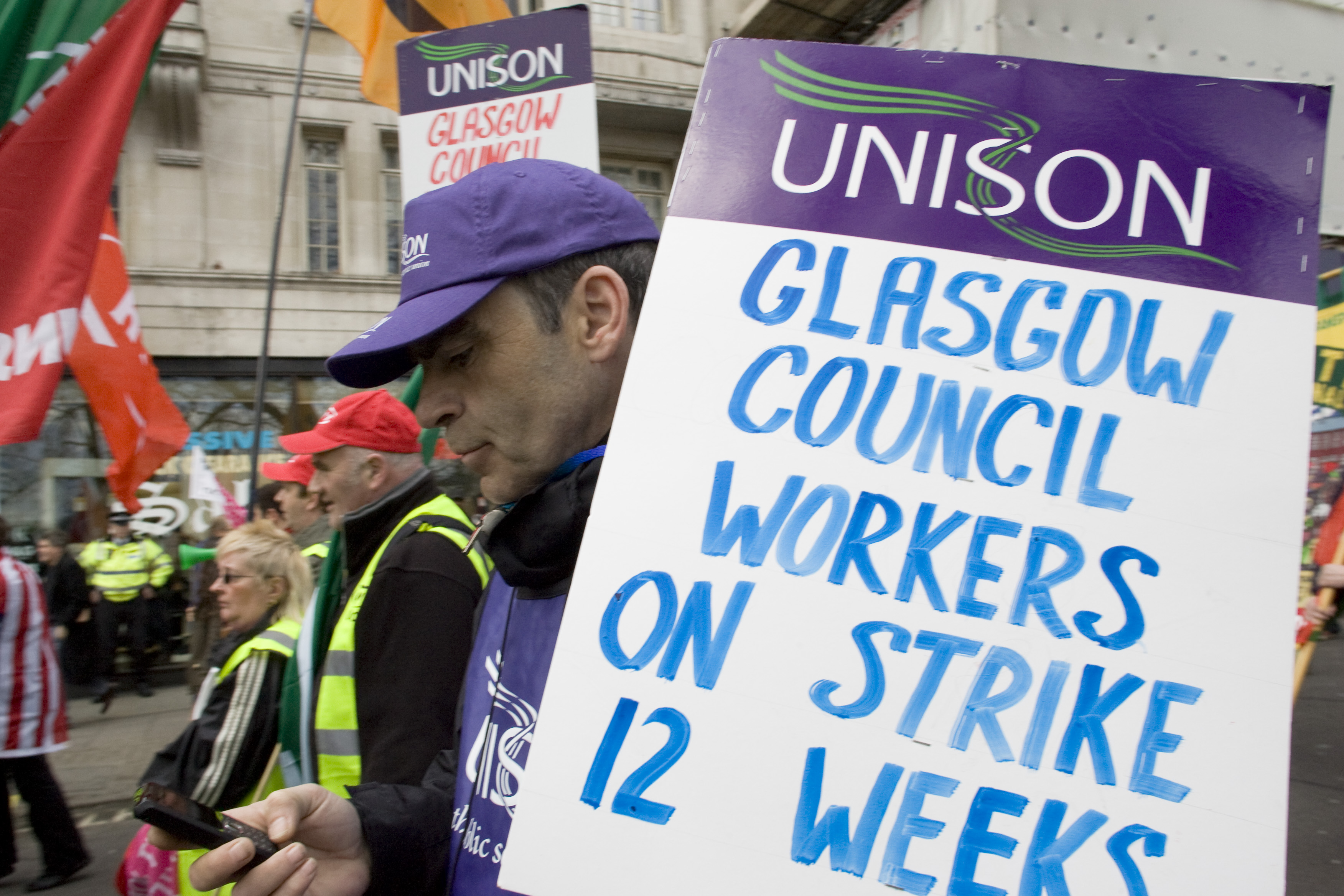 Organized labor's decline in the US over the past half century is well-known; what drove that decline, less so. The New Deal's enemies – big business, Republicans, conservatives – had developed a coordinated strategy by the late 1940s. They would break up the coalition of organized labor, socialist and communist parties: the mass base that had forced through the 1930s New Deal. Then each coalition member could be individually destroyed.

One line of attack used anti-communist witch-hunts (McCarthyism) to frighten socialists and labor unions into dissociating themselves from former communist allies. Another attack targeted socialists by equating them with communists and applying the same demonization. Still another attack, the 1947 Taft-Hartley Act, directly weakened labor unions, their organizing capability and their alliance with the left.

Business and political leaders, mass media and academics cultivated a paranoid anxiety among Americans: suspect anything even vaguely leftist, see risks of "subversion" everywhere, and avoid organizations unless religious or loudly patriotic. Legal, ideological and police pressures rendered communist and socialist parties tiny and ineffective. Destroying unions took longer. The unionized portion of private sector workers fell from a third to less than 7% now. Since 2007, conservatives used crisis-driven drops in state and city tax revenues to intensify attacks on public employee benefits and unions. Both were denounced as "excessive and unaffordable for taxpayers". That plus public worker layoffs reduced public sector unionization.

Nor did labor unions or the left find or implement any successful strategy to counter the 50-year program aimed to destroy them.

To reverse organized labor's decline and to rebuild the left requires either reviving the old New Deal coalition or forming a new comparably powerful alliance. That means confronting and outwitting the long demonization of unions and the left. It requires a strategy that engages and wins struggles with employers. More importantly, it requires a strategy to reposition labor unions and their allies as champions of broad social gains for the 99%. To escape the label of "special interest" unions must work for far more than their own members.

The needed strategy is available. It proposes a new alliance among willing labor unions, community organizations and social movements. The alliance's basic goal is a social transition in which workers cooperatives become an increasing proportion of business enterprises. The increasingly used term workers self-directed enterprises (WSDEs) stresses democratic decision-making. In WSDEs, all workers democratically decide what, how and where to produce and how to use the net revenues their work generates. In WSDEs, whether or not workers are owners or self-manage, they function, collectively and democratically, as their own board of directors, "their own bosses".

Labor unions could regain strength from such an alliance. For example, consider employers who demand concessions (lower wages and benefits) and threaten otherwise to relocate enterprises, often abroad. Unions have mostly compromised on concessions to retain employers. The proposed new alliance offers a new bargaining tool for these situations. If an employer relocated, the alliance would assist workers to try to continue the enterprise as a WSDE. The relocated employer risks competition from a WSDE asking customers to favor it over an employer who had abandoned workers and communities for higher profits.

To establish new WSDEs in such ways, unions would draw upon their allied community organizations and social movements to mobilize local political support as well as funding. Local politicians could not easily refuse job-saving demands from that alliance (proven daily in Europe).

Another way for the proposed alliance to help form WSDEs would be a bold new federal or state program to combat unemployment. This would follow the example of Italy's 1985 Marcora Law. That law offers a new, second alternative to the usual unemployment dole. An unemployed worker can instead choose to take all unemployment benefits as an immediate lump-sum payment and pool that with lump sums similarly chosen by at least nine other unemployed workers. The total must then be used as start-up capital for a workers coop. Marcora's success is one reason why Italy has many more workers coops than the US.

These and still other actions by the proposed new alliance could build a significant WSDE sector while helping to solve major US social problems. That sector would enable many Americans to see and evaluate WSDEs. A WSDE sector gives Americans two new freedoms of choice: (1) between working in a top-down, hierarchical capitalist firm or a democratized worker coop, and (2) between buying the products of capitalist or cooperative enterprises. A significant WSDE sector would add its demands for government technical, financial, and other supports to those from other economic sectors.

As the Republican and Democratic parties increasingly cannot or will not serve average Americans' economic needs, the proposed alliance, strategy and actions would do exactly that. Here lie opportunities for resurgence in the labor movement and the left.

While reminiscent of the old New Deal coalition, the proposed new alliance would differ in one crucial dimension. The old coalition believed that it could not win more than progressive taxation, new regulations and new institutions (such as Social Security). It could not transform enterprises themselves. The old coalition left in their corporate positions the major shareholders and the boards of directors they selected. Those shareholders and boards then used corporate power and profits to systematically evade, weaken, and, when possible, dismantle the New Deal across the past 40 years.

Building a WSDE sector in the economy applies the lesson of those years. To secure gains for working people requires a social transition that puts them in charge of producing society's goods and services. A democratic society requires a democratic economy and that, the new alliance would insist, means a transition to democratically organized enterprises. When this September's AFL-CIO convention considers building an alliance with community groups and social movements, the strategic focus on WSDEs ought to be included.