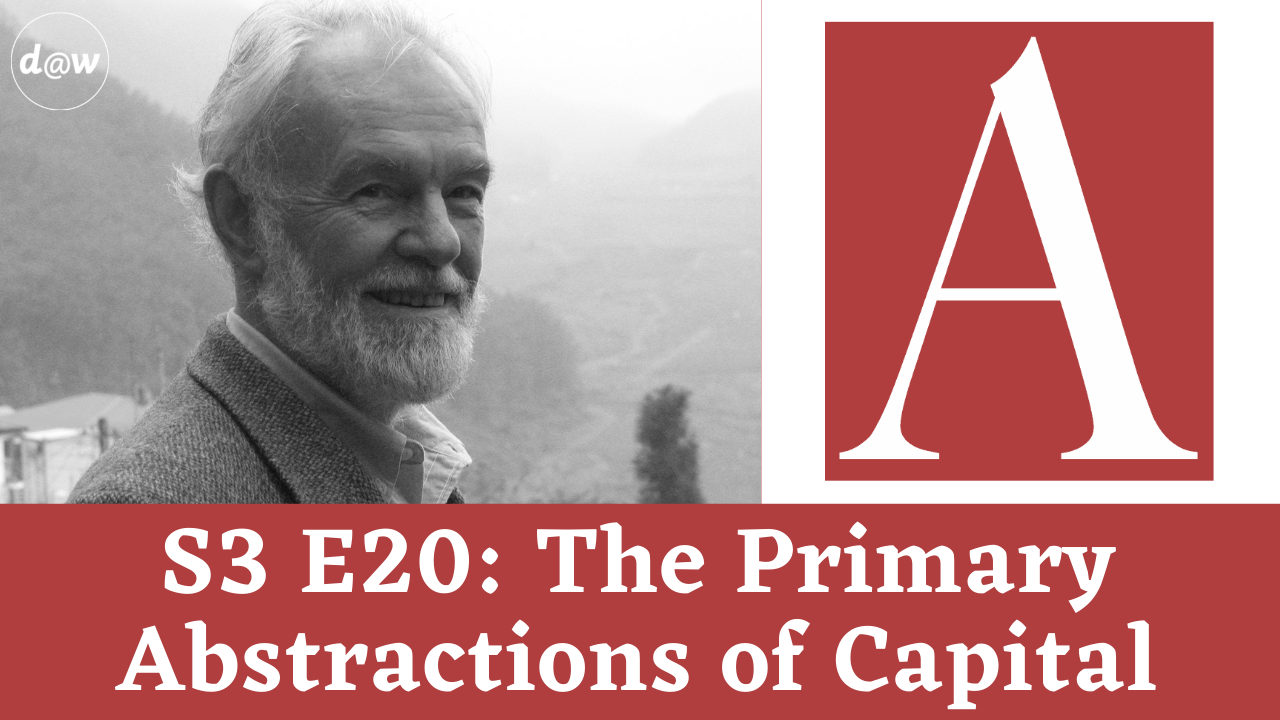 The Primary Abstractions of Capital

In this episode of ACC, Prof. Harvey discusses some of the contradictions that Marx uncovered as he examined the abstractions of capital. He explores the contradiction between the rate of change and the mass of value, and the crises that emerge from the two. Harvey points to the crisis of housing as a contemporary example.

How Are We "Ruled by Abstractions?"

In this episode of ACC, Prof. Harvey examines Marx’s use of the notion of abstractions to develop a general theory of capital and his critique of capitalism. Harvey identifies different levels of abstraction used by Marx: scale, perspective of production, perspective of circulation and distribution and the contradictions that exist between production and circulation. Marx, Harvey asserts, also differentiates between the concrete abstractions of a capitalist system, such as price of commodities and wages rates, and theoretical abstractions, the behavior of capitalists who are endlessly driven by competition and the quest for profits. 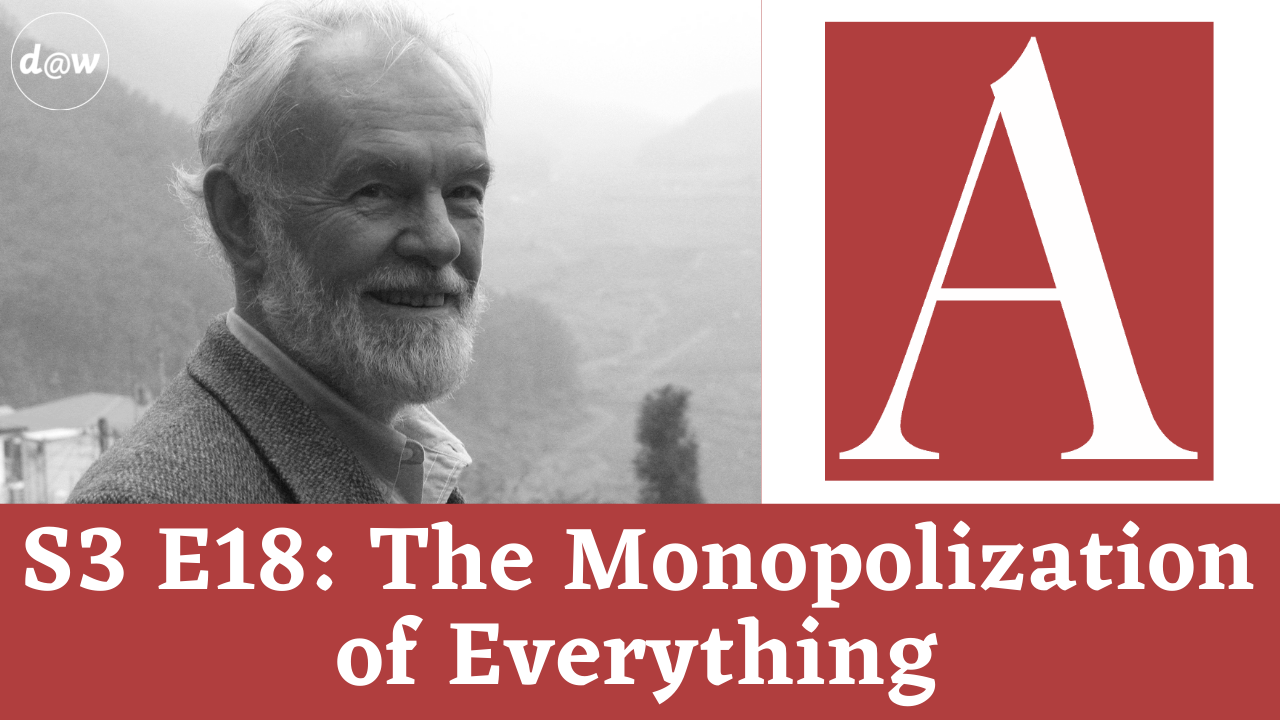 The Monopolization of Everything

In this episode of ACC, Prof. Harvey asserts that capital is becoming ever more centralized. We are seeing the monopolization of housing and rental markets, Pharma, media, and the means of distribution. The monopolization of power is inevitable in capitalism. However, according to Harvey, there are significant barriers to the continuity of capital accumulation. People are growing dissatisfied with the current economic conditions, a political system does not work for the benefit of the population, and are more and more at odds with the ruling ideas. We have a crisis of ideology, a crisis of economy, a crisis in the environment and a crisis of the future in terms of demographic possibilities.

The Ruling Ideas of a Billionaire Class 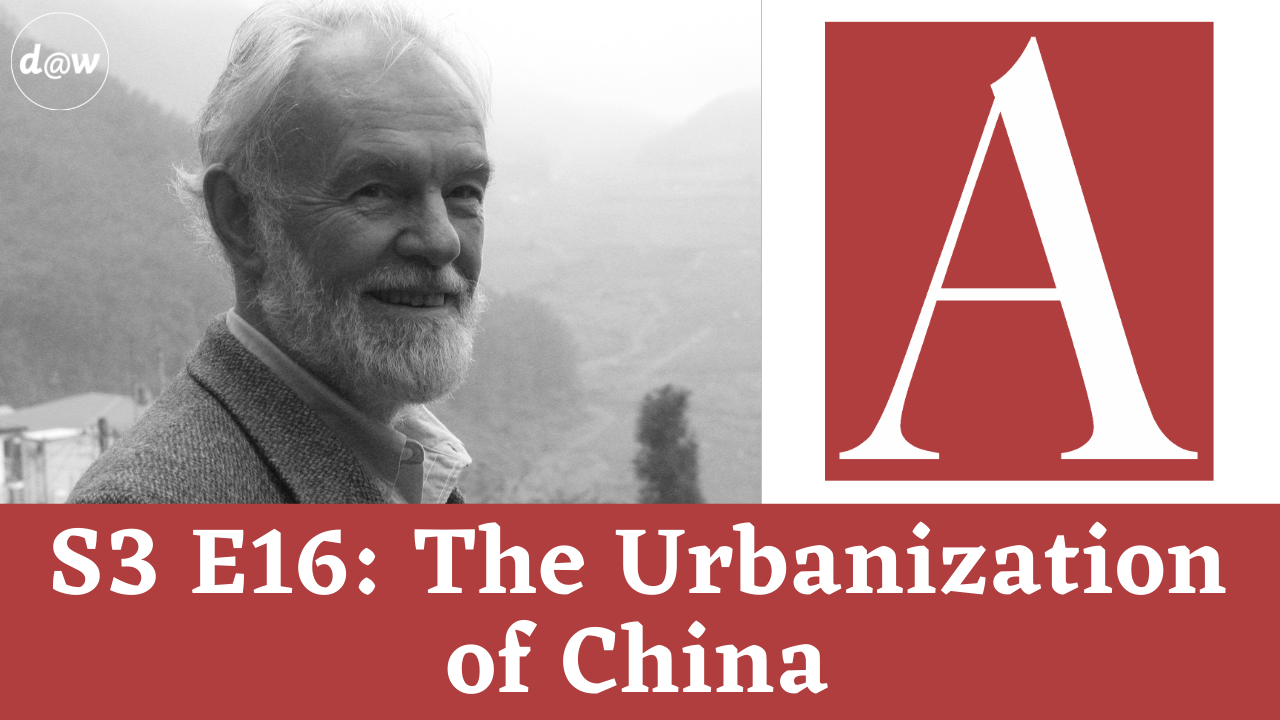 The Urbanization of China

In this episode of ACC, Prof. Harvey talks about the changing dynamics of capital accumulation since Marx's analysis in the Grundrisse. The disempowerment of workers as part of the Neoliberal strategy of the 1980s to the present day, led to declining wages and standard of living for workers, but an increase in surplus capital and wealth for corporation and wealthy elites. Military expenditures (military Keynesianism) and fixed capital - what Harvey calls "mindless urbanization"- become sinks for disposing overaccumulating capital. 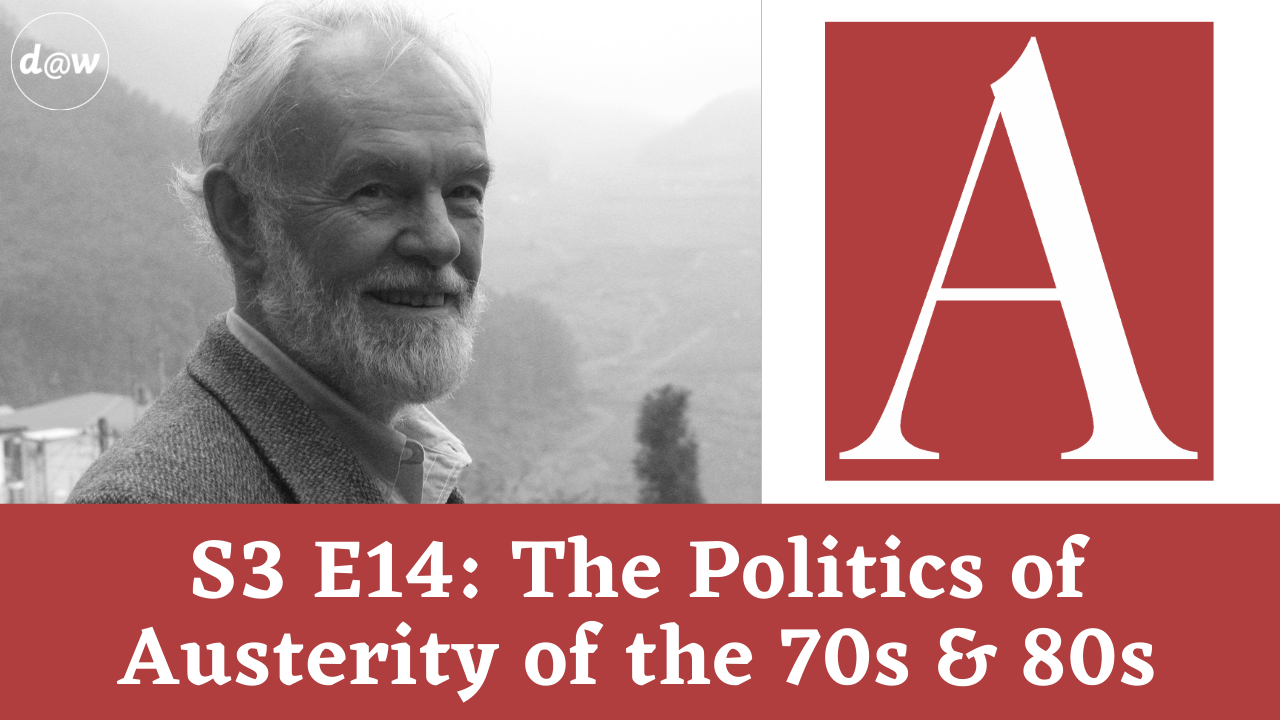 In this episode of ACC, Prof. Harvey talks about the birth of the neoliberalism following the crisis of the 1970s. The vast government spending of the 1960s was replaced with fierce austerity measures imposed on the population, in an effort to bail out corporations and enable the wealthy elites to regain power and control. The neoliberal era was ushered in by political leaders like Reagan and Thatcher, who saw labor and high wages as a real threat to the capitalist class.

The Legitimation Crisis of the late 1960s

In this episode of ACC, Prof. Harvey takes us through the political agitations that occurred in the US in the 1960s. The various social movements, the Civil Rights movement, the student movement, the labor movement, the women's movement and the anti-war movement challenged capitalism and corporate power, and questioned the legitimacy of the government. The anti-capitalist and anti-corporate sentiments that emerged prompted a counter-attack by the big monopoly companies who saw their power and wealth eroding. 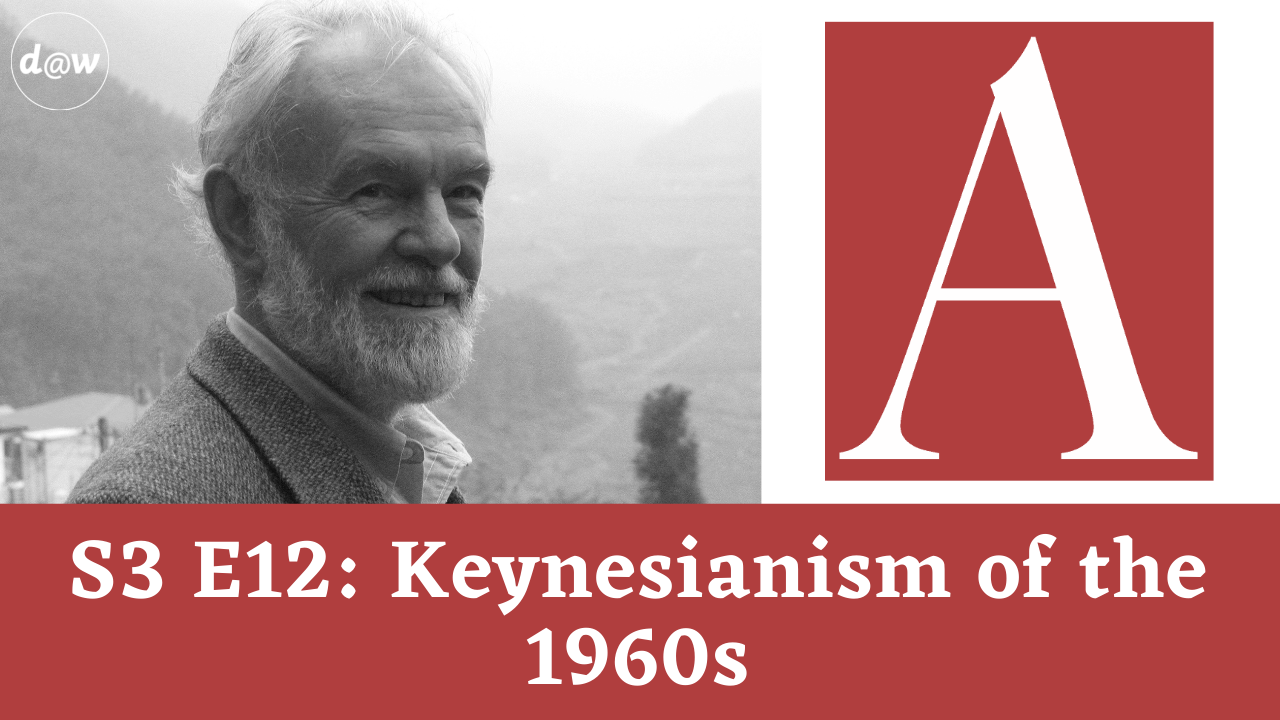 Keynesianism of the 1960s

In this part 4 of 4, Prof. Harvey talks about the economic evolution of the 1960s and the suburbanization of America. To establish and secure its position as the global leader, the US invested heavily in the military guided by Keynesian policies of deficit spending. The military-industrial complex came out of the post-war period in an effort to keep up with the Soviet Union's militarization and protect the world from the spread of Communism. The suppression of socialism at home was supplemented by the experience of the affluent working class facilitated in large part by the creation of suburbs. However, marginalized minority workers, who did not benefit from the increased standard of living enjoyed by mostly white workers, fought against economic injustices and fueled the Civil Rights movements of the 60s. 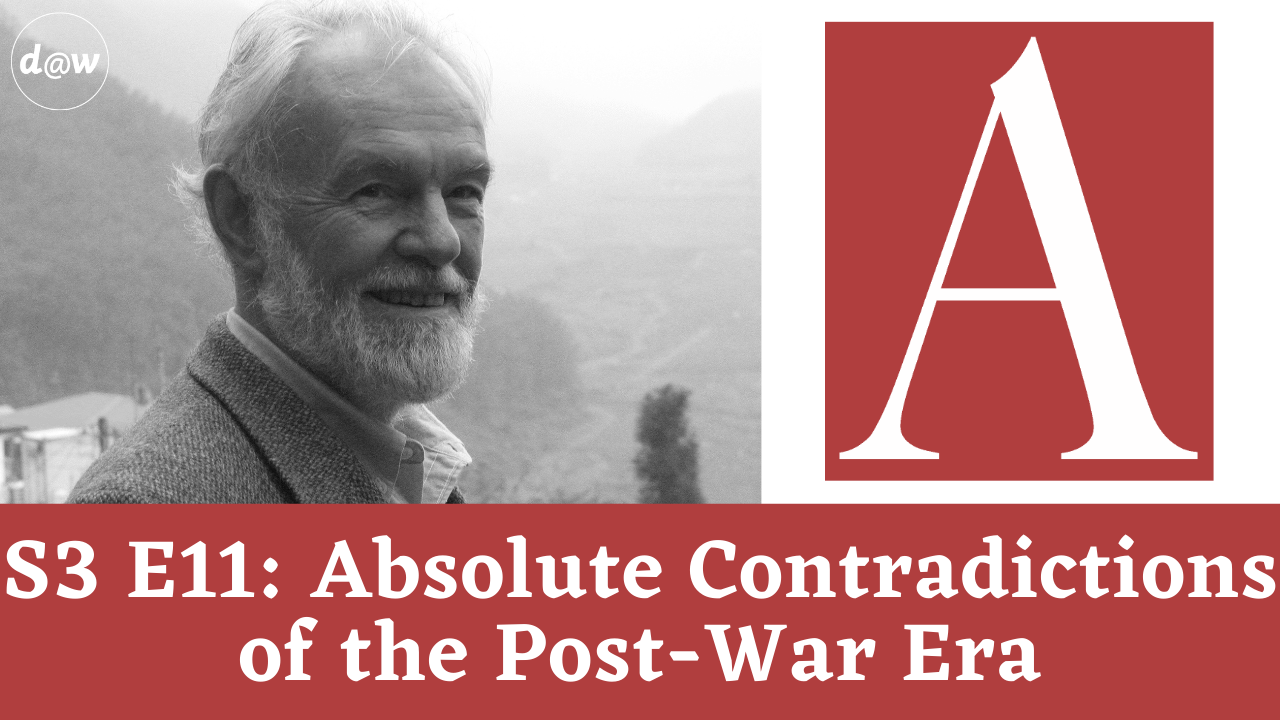 Absolute Contradictions of the Post-War Era

In this part 3 of the 4-part series,, Prof. Harvey applies Marx's theory of absolute contradictions to the post-war period. He draws parallels with 1860s France under Bonaparte's rule and the pressures that led to his demise. The post-war boom facilitated by Roosevelt's centralized planning and production led to the rise of left-wing groups and ideals that began to threaten the very survival of capitalism. The crisis created by this contradiction led to the systematic repression of socialist ideologies which in turn led to the turmoil of the 1960s and 70s.

The Golden Age of Post-War Capital 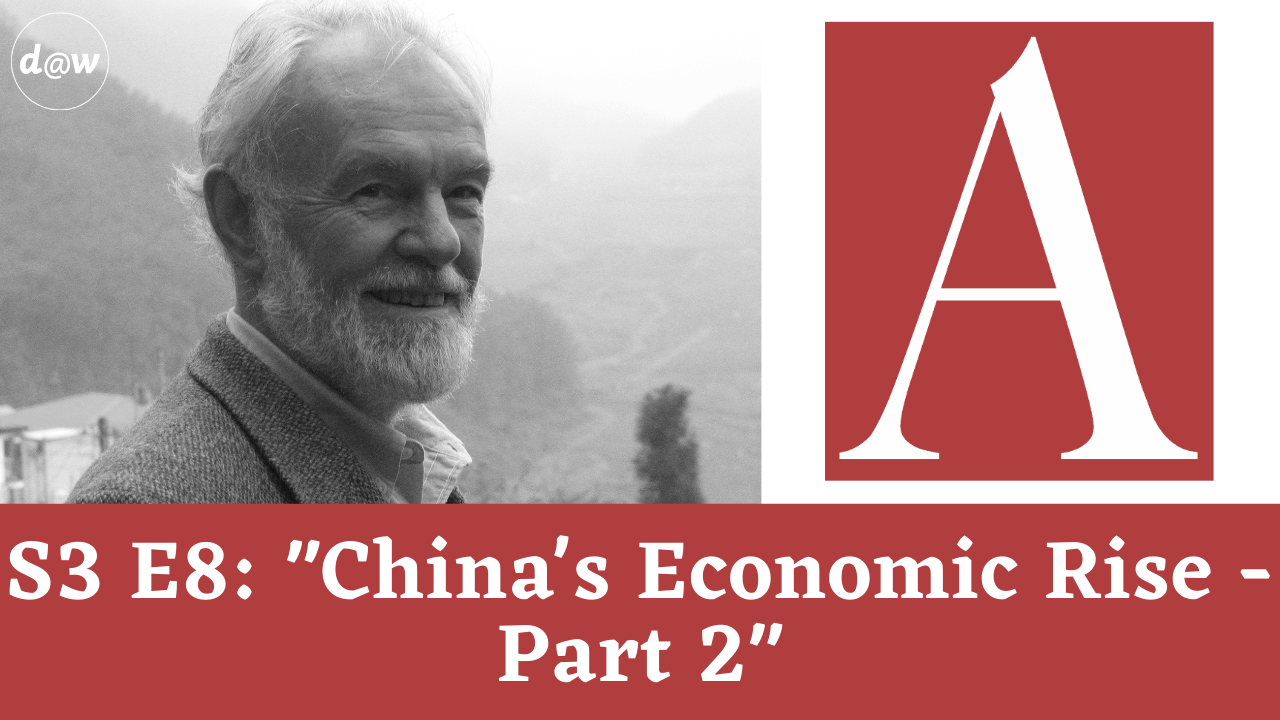 This episode is part 2 of 2. It is a compilation of Prof. Harvey's 3 most popular shows on the People's Republic of China. Harvey explains the rise and significance of China as an economic power and the growing tension with the US. 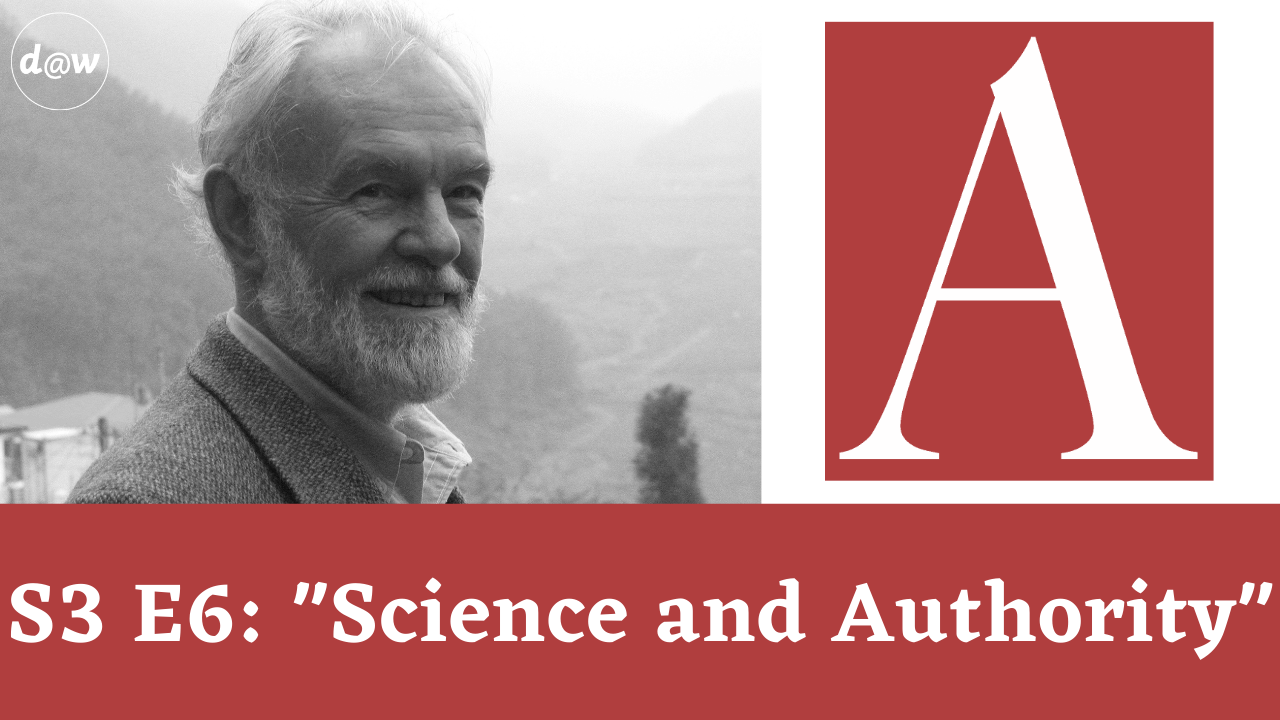 On this episode of David Harvey's Anti-Capitalist Chronicles, Prof, Harvey presents his analysis of the 2020 U.S. elections. 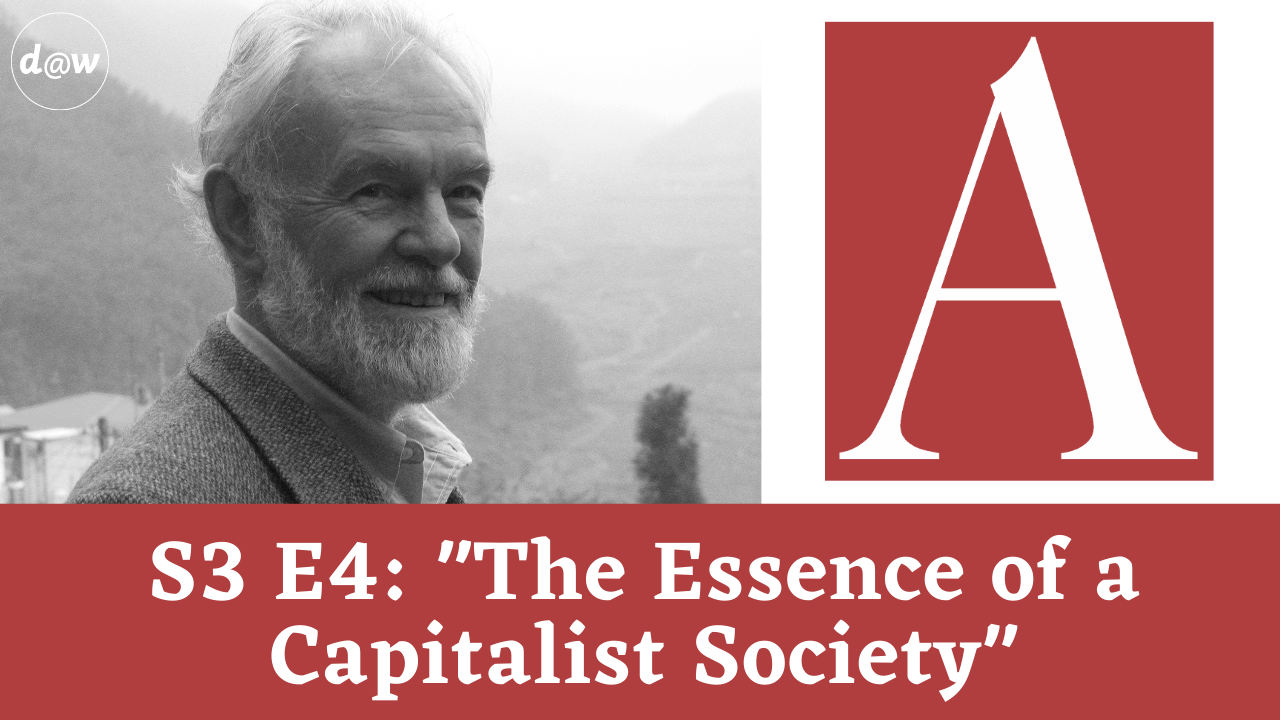 The Essence of a Capitalist Society

On this episode of David Harvey's Anti-Capitalist Chronicles, Prof. Harvey argues that the transformation of the productive forces under capitalism require major adjustments in thinking. Much can be learned from China and repurposed to gain a much more sophisticated understanding of how to manage capital in its dying days and work towards the creation of a communist future.

Why Marx's Grundrisse is Relevant Today

On this episode of David Harvey's Anti-Capitalist Chronicles, Prof. Harvey discusses two important and somewhat contrasting passages of Marx's Grundrisse and the important insights about the present and future we can draw from them. While on the one hand Marx acknowledges that capital has had a civilizing influence, brought about innovations, it also is responsible for universal alienation, suicides, misery, inequality and capital accumulation. 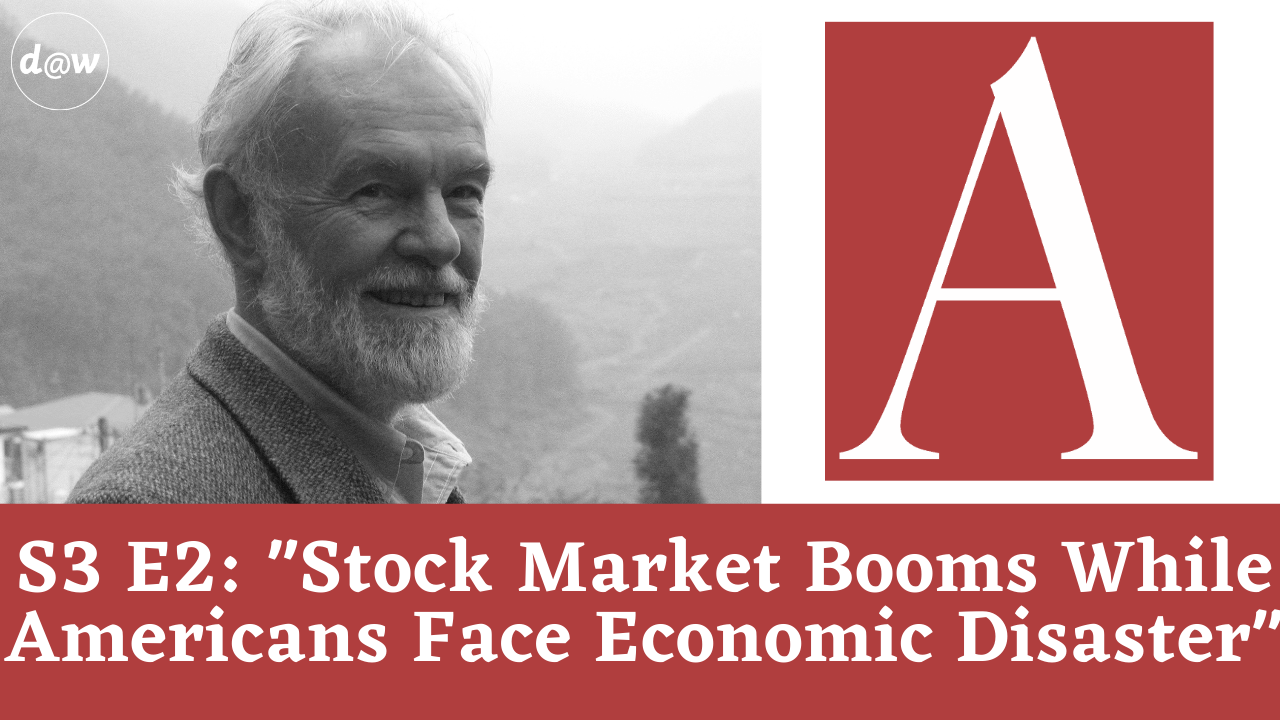 On this episode of ACC, Prof. Harvey talks about the economic uncertainty Americans are experiencing: job loss, indebtedness, inflation. The stock market is flourishing, but only the top 10-20% of the US population have investments and are benefitting from the boom. The majority of Americans are left with little to no support and very little access to food and basic services. Harvey predicts the situation will worsen in the next months. Washington's political gridlock means no real change can be expected.

On this first episode of Season 3, Prof. Harvey argues that the economic and social consequences of COVID-19 have most seriously impacted the bottom 10-20% of the population. The crises of housing, public health, education is further deepening the inequalities. He contends that a redistribution of wealth from the top 10-20% to the bottom 10-20% to improve basic living standards will be needed and is our moral imperative.