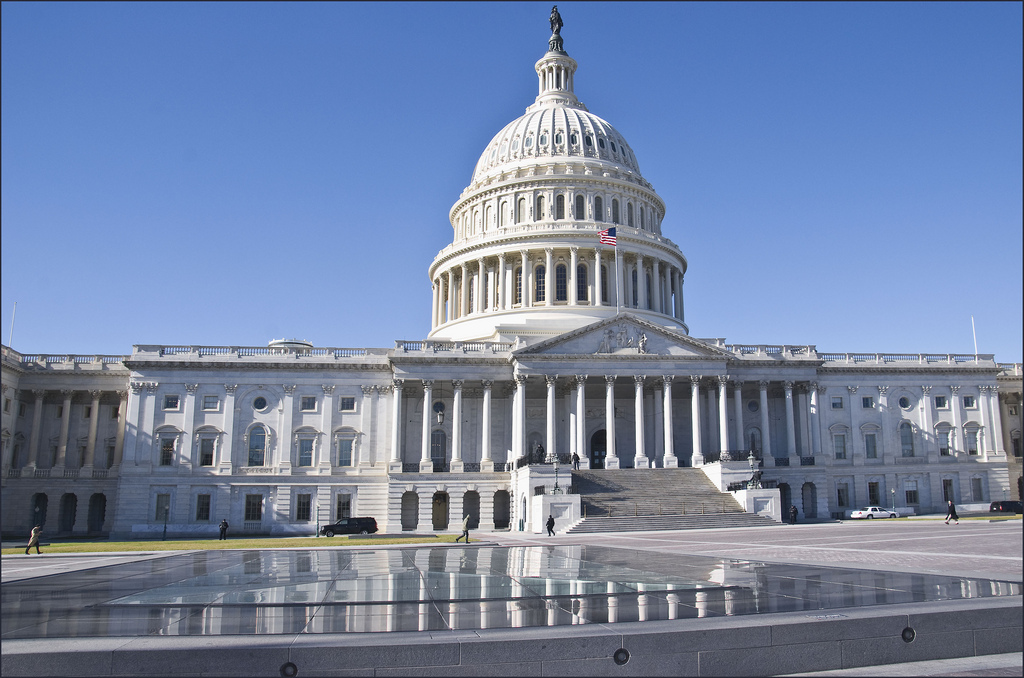 This article originally appeared at Truthout.org.

Mainstream economics has always privileged one debate above all others as its most central. Should production and distribution of goods and services be private or public, done by individuals or the state? Mainstream economists likewise keep aggressively projecting this question as the central debate for politics and politicians. Such arrogant self-confidence is the other side of the insular self-absorption that characterizes so much of the mainstream economics "discipline."

To reproduce capitalism is to continue the existence of that particular economic system.

On one side of the debate are devotees of (1) private ownership of productive resources and (2) market exchanges to connect the private owners with one another and everyone else. They believe that private property and markets best serve every society's economic interests - growth, efficiency, fairness and rising mass consumption. On the other side are devotees of government economic intervention to correct, moderate or offset the many flaws and weaknesses they find in private property and markets. They believe that society's best economic interests can only be served through such an intervention. Most people interested in economics and politics have long accepted (been trapped within?) these mainstream positions as the boundaries of economic thought, research and policy.

However, a much deeper level of discussion about the intersection of politics and economics exists. It concerns economic issues ignored by the mainstream, and questions not raised but rather swept under ideological rugs. Mainstream debates in political economy conceal more than they illuminate. They never explore the complex relation between contemporary politics and the reproduction of the capitalist economic system versus transition to alternatives.

To reproduce capitalism is to continue the existence of that particular economic system. By capitalist system, we mean primarily the organization of work around the relationship of employer to employee (a relationship different from that of master to slave or lord to serf in the slave and feudal systems that often preceded modern capitalism).

Effects of the Two-Party System

For the reproduction of capitalism, the two-major-party structure dominating politics has proven very effective in most nations for some time now. While party names vary, their common relationship to reproducing capitalism does not. Examples include the Republicans and Democrats in the United States, Conservatives and Labour in the United Kingdom, Christian Democrats and Socialists in Germany, and so on. All those parties implicitly endorse and support the reproduction of capitalism, and most do so explicitly as well. The first in each pair differs from the second only on which variant of capitalism they prefer.

Usually, one party tilts toward a more inclusive and less unequal variant. It advocates government intervention to secure that variant. The other party tilts more toward markets and existing distributions of private property functioning with strictly limited government economic interventions. The winning party adjusts government economic interventions accordingly to alter the social mix of private and state enterprises, redistribute income and wealth toward more or less economic and social inequality, and so on. No matter which party prevails, factories, offices and stores - whether private or state enterprises, whether more or less taxed and regulated - continue to display the same basic employer-employee organization.

The avoidance of any explicit discussion, debate or focus on alternative enterprise organizations serves to hide how both parties support the capitalist mode of enterprise organization. In the laws they pass; the administrative rules they enforce; the cultural meanings they constantly presume, endorse and reinforce for mass media, schools etc., both parties cement the social dominance of the employer-employee relationship that structures capitalist enterprises. They function as if that relationship were the best humanly possible, agreed universally to be such and thus beyond debate

This two-major-party arrangement both allows for disagreements yet also keeps dissent bounded by common commitments to reproduce capitalism. Popular disaffection from one party's rule usually flows smoothly into support for the other. Passing government back and forth between the parties makes the enduring capitalist system appear to be above the fray, beyond political dispute, forever. Meanwhile ideologues, academic and otherwise, endlessly reaffirm capitalism as the best possible economic system for humans: something only ignorance or evil would contest or even question. When politics then focuses on other social issues (for example, tax rates, civil liberties, immigration, marriage equality, austerity policies, climate change, school curricula, and so on), their intimate connection to the needs and pressures of a capitalist economic system is lost or minimized. How an alternative structure of enterprises might help address those social issues in other and better ways is excluded from political debate and struggle.

Sometimes individuals and groups develop public positions that take tentative steps toward questioning capitalism's reproduction. This usually happens when its instabilities (e.g. business cycles), inequalities (in wealth, income, political power, cultural access), and/or social injustices focus attention on economic policies amid deteriorating economic conditions. In recent times, the crash of 2008, corporate bailouts, austerity policies (or, more broadly, neoliberalism) and widening gaps between rich and poor have provoked oppositions to such policies and conditions. Some within those oppositions reason their way toward identifying capitalism as the systemic problem to be solved. But the "socialism" they sometimes promote as an alternative to capitalism usually turns out not to involve any basic change in the organization of enterprises. They remain trapped in the old debate between more or less government intervention, private versus state enterprises etc.

The Suppression of Third-Party Challengers

The two parties' procedures to marginalize or suppress oppositional individuals, groups and new small parties often - but not always - succeed. Recently, failures occurred in elections in Greece, Portugal and Spain: The long dominant two mainstream parties suffered major losses. Government no longer passed between them but instead to different parties or coalitions formerly marginalized or just emerging. In France, the same outcome almost occurred in 2015 and may yet be achieved.

Electoral dominance lost by the traditional two-party political system followed in each case from mounting mass opposition to austerity policies and the inequalities they both reflect and reinforce. Three major questions now confront the newly empowered parties and coalitions: (1) Will they sustain their oppositions to austerity and deepening inequalities? (2) Will their oppositions succeed? and (3) If austerity and inequalities persist, what will happen? Will party members and leaders then go beyond those oppositions? Will they become a party opposing the reproduction of capitalism and advocating an alternative economic system that includes non-capitalist organizations of enterprises?

Tentative movement in that direction has become visible. In the United States, Occupy Wall Street and then Bernie Sanders have explicitly endorsed worker cooperatives. However vague and undeveloped, such programmatic support for co-ops is an implicit critique of capitalist organizations of enterprise and advocacy of an alternative. The same applies, for example, to the growing global interest in Spain's cooperatively owned Mondragon Corporation, Italy's large and vibrant co-op system, the occupations of factories in Argentina and the growing co-op community in the United States. Marxist, socialist and other left groups are recognizing slowly that co-ops represent a seriously underappreciated alternative to capitalist organizations of enterprises. That recognition enables a rethinking of strategies for social change with new political alliances and programs.

The economics of our politics is deepening. It is no longer totally trapped in the tedious old debate over private versus public ownership, and markets versus planning. The 20th century was obsessed with what were two parallel forms of that debate: (1) "capitalism versus socialism" and (2) neoclassical versus Keynesian economics. That obsession is dissolving in the 21st century.

Instead, the economic issue now emerging is about the relationships we want among us at work, in the enterprises where we spend so huge a portion of our adult lives. Will they remain capitalism's hierarchical, undemocratic relationships of boss to underlings in factories, offices and stores? Or will we shift politics to a social debate and struggle over democratizing our enterprises and thereby our economy? Will democratically organized cooperative workplaces collaborate with similarly organized residential communities to move society toward the liberty, equality and fraternity that capitalism always promised but never delivered?