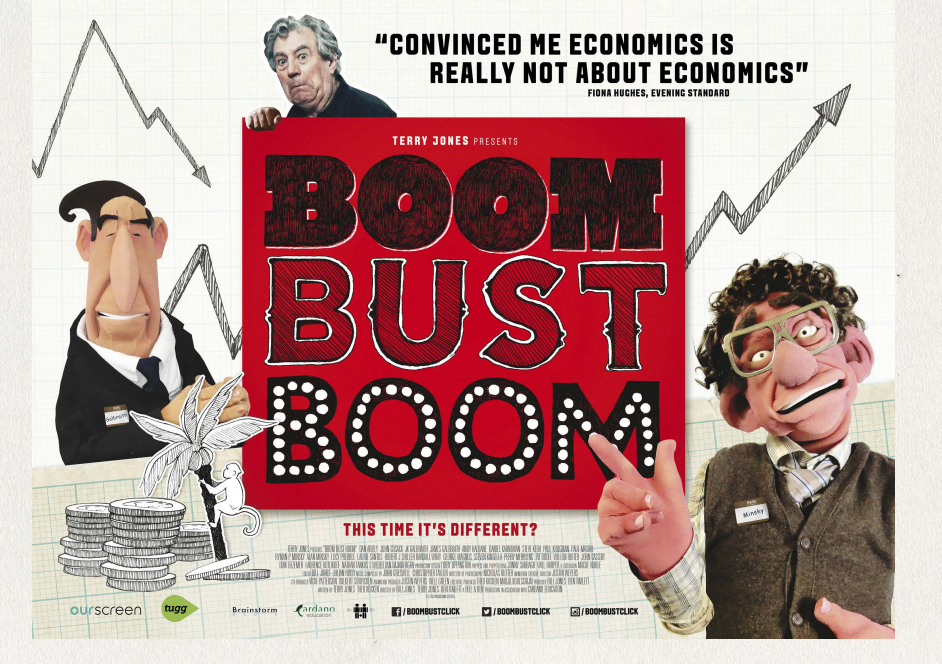 Come join Democracy at Work ([email protected]) Chief Economist Prof. Richard Wolff; filmmaker Alan Minsky and [email protected] Program Coordinator Alan Schulman for the New York City Benefit premiere of BOOM BUST BOOM; an irreverent movie journey through the history of Capitalism, told by Monty Python's Terry Jones, a bunch of capitalist puppets, filmmaker Alan Minsky, his economist father Minsky the Leftist, and John Cusack. Boom Bust Boom will leave you laughing to the existential fatalism of a political economy that will always in the end go Boom and then bust if not on your head then close enough to make it scary.

This showing is a dedicated Fund raiser for the rent on a Democracy At Work-New York Center opening at The Commons on Atlantic Avenue in Brooklyn this April. See you on Sunday, March 13 at 2:45pm at the East Village Cinema! CLICK HERE TO PURCHASE TICKETS.