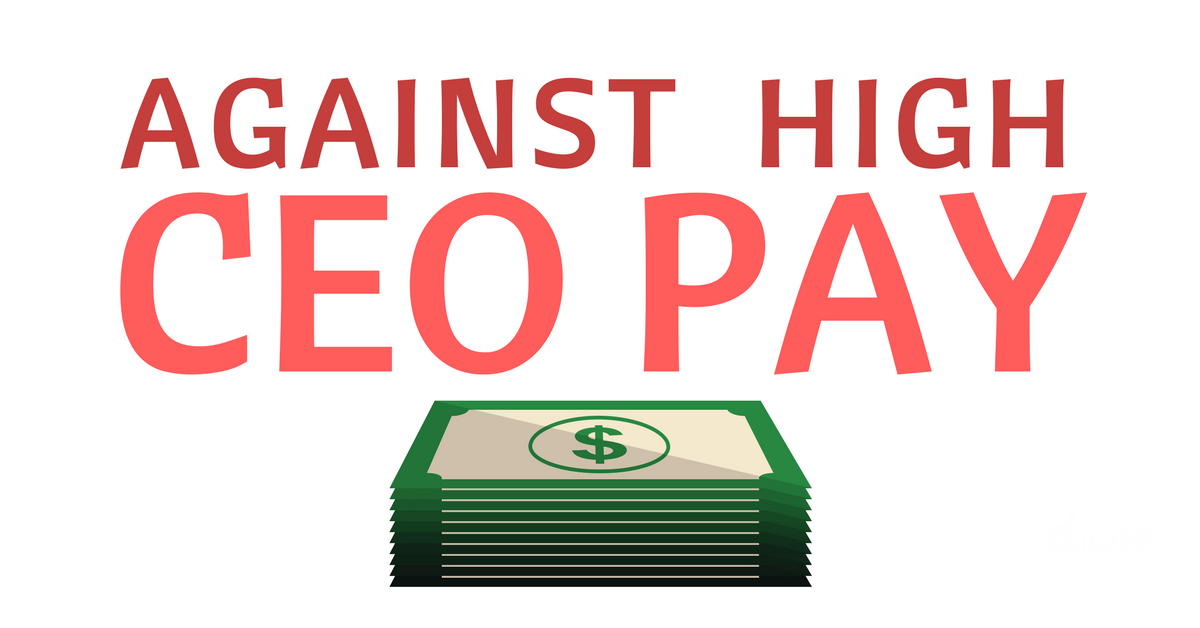 Imagine we lived in a feudal society in which lords exploited peasants. A defender of the system might argue that wealthy lords perform a useful service; they protect their peasants from invasion and theft thus giving them security and a little prosperity. And competition between lords should improve these services; bad lords will find their lands and peasants seized by better lords who become wealthier as a result.

Such an argument would, however, miss the point. The case against feudalism is that the system as a whole is unjust and inefficient. The fact that good lords provide services and are richer than bad ones is quite compatible with this.

This analogy came to mind whilst reading Ben Ramanauskas’s defence of high CEO pay. The fact that good CEOs make a positive difference to a company does not in itself justify a system in which CEOs in aggregate – many of whom are far from good – get fortunes.

Two big facts suggest that such a system might well be inefficient.

One comes from Rene Stulz and Kathleen Kahle. They point out that there are now fewer stock market-listed companies than there were years ago, and most are less profitable than they were. This alerts us to the possibility that agency failures – the inability of shareholders to oversee managers – are damaging.

The second, bigger, fact is that as CEO pay has risen, productivity growth has fallen. This is consistent with the possibility that increased inequality between bosses and workers is inefficient (pdf). We have many theories as to why this might be. Inequality reduces trust, which is necessary for growth. High pay crowds out intrinsic motivations (pdf) and causes managers to focus (pdf) upon things that are monitorable (such as short-term earnings) rather than ones that are not, such as longer-term investments and innovations. Hierarchical systems lead to bad decisions because bosses lack complete information, and can demotivate junior staff. And high CEO pay encourages juniors to engage in office politics to seek promotion, and incentivize managers to strengthen their position by discouraging disruptive innovation and entrenching monopoly power.

But what of the argument that competition eventually eliminates bad bosses? True, it does sometimes; the relatively egalitarian John Lewis Partnership has done better than department stores such as House of Fraser or Debenhams, for example. But market forces are weak (and perhaps getting weaker).

One reason for this is simply state intervention; without this, almost all shareholder-owned banks with their high-paid CEOs would have vanished.

Another reason is that there isn’t really a properly-functioning market for CEOs. I own tens of thousands of pounds of shares, but I’ve never been asked to vote on a CEO’s pay. Instead, the vote is exercised by fund managers many of whom are more bothered by the relative performance of their funds than absolute performance. We have widespread agency failures in which mates pay each other. And as Milton Friedman said:

Unsurprisingly, then, there is little clear link between CEO pay (pdf) and corporate performance. It might be that high pay is better explained by rent-seeking than as a reward for maximizing shareholder value - though as it's almost impossible to know in most cases what constitutes maximal value, we might never know for sure.

In fact, my analogy with feudal lords is too generous to CEOs. Whereas (arguendo) a bad lord would pay for his incompetence perhaps with his life, bad CEOs walk away with fat pay cheques.

When so-called free marketeers try to defend bosses’ pay, they do the cause of free markets a huge disservice by encouraging people to equate free markets with what is in effect a rigged system whereby bosses enrich themselves with no obvious benefit to the rest of us.

Chris Dillow is an economist and writer at the Investors Chronicle. He blogs at Stumbling and Mumbling and is the author of New Labour and The End of Politics. Follow him on Twitter: @CJFDillow