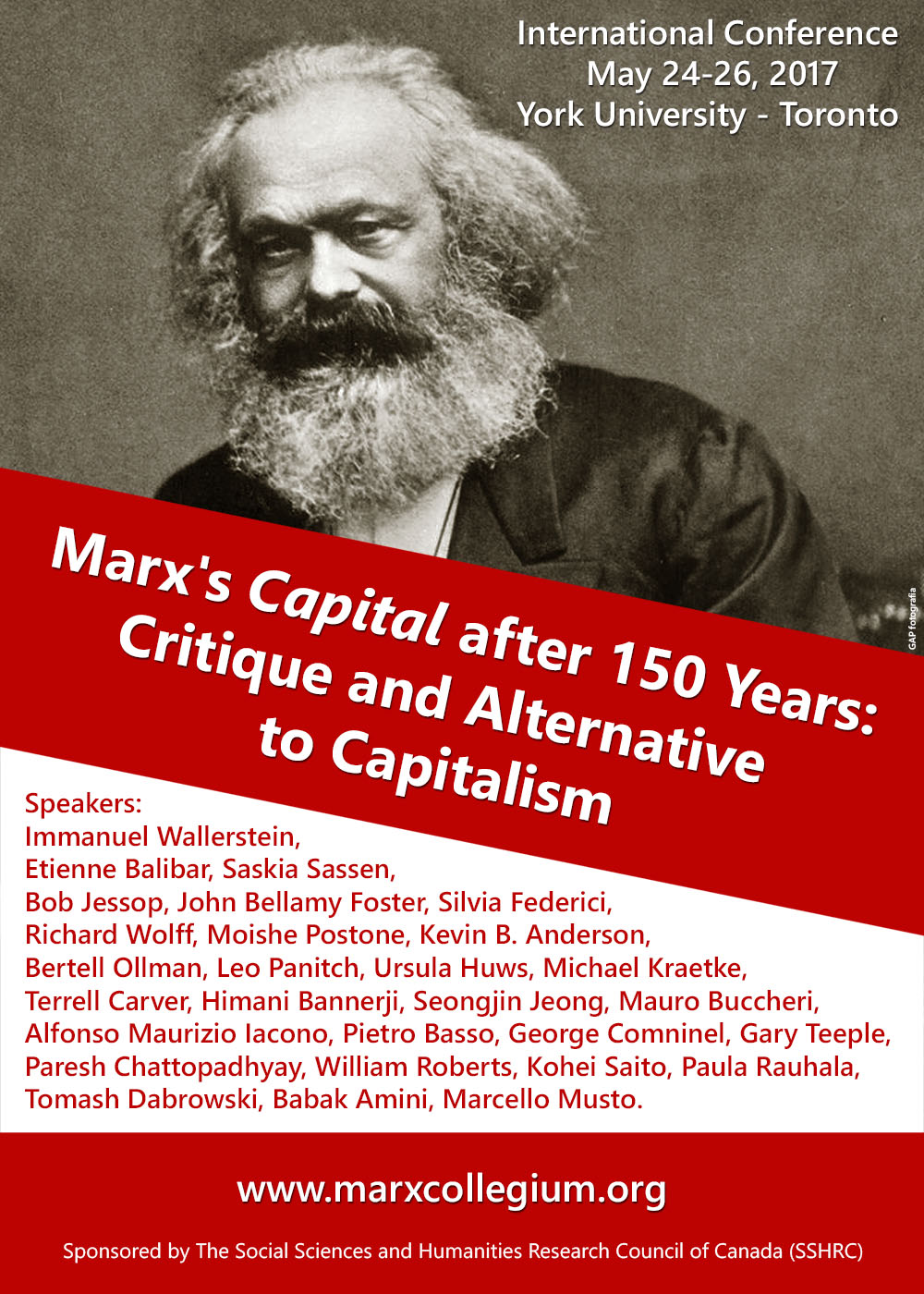 Critique and Alternative to Capitalism

After the eruption of the international financial crisis in 2008, Marx's Capital received renewed academic and popular attention. Leading newspapers throughout the world discussed again the contemporary relevance of its pages. Faced with a deep new crisis of capitalism, many are now looking to an author who in the past was often wrongly associated with the "actually existing socialism", and who was hastily dismissed after the fall of the Berlin Wall in 1989.

For many scholars, today Marx's analyses are arguably resonating even more strongly than they did in Marx's own time. This international conference brings together several world-renowned sociologists, political theorists, economists, and philosophers, from diverse fields and 13 countries. Its aim is to explore diverse scholarly perspectives and critical insights into the principal contradictions of contemporary capitalism and, in so doing, to draw attention to alternative economic and social models.

The presenters will critically reconsider Marx's Capital as a work that continues to provide an effective framework to understand the nature of capitalism and the transformations of our times.

ADMISSION TO THIS CONFERENCE IS FREE