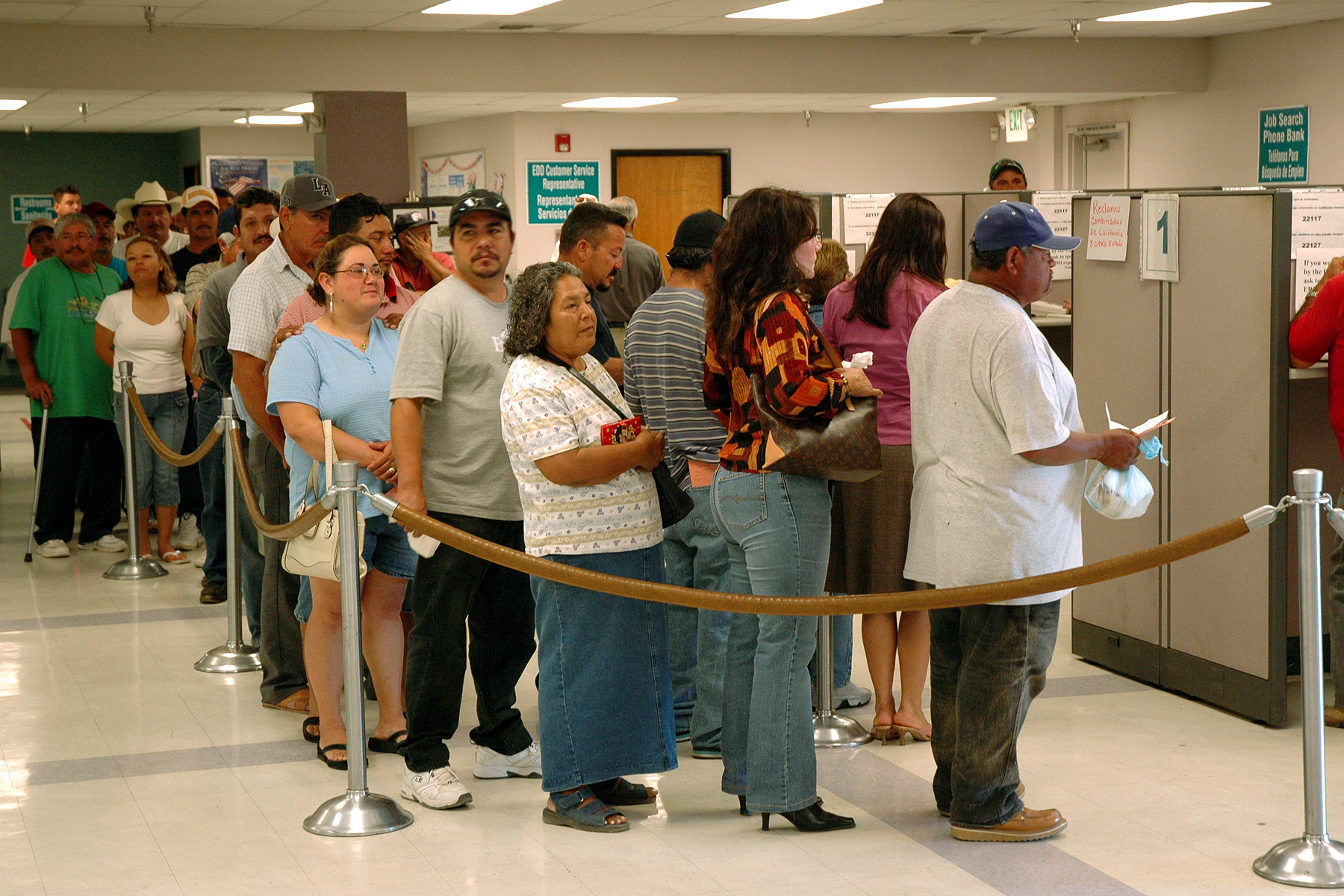 Capitalism as a system seems incapable of solving its unemployment problem. It keeps generating long-term joblessness, punctuated by spikes of recurring short-term extreme joblessness. The system's leaders cannot solve or overcome the problem. Before the latest capitalist crisis hit in 2007, the unemployment rate was near 5 percent. In 2013, it is near 7.5 percent. That is 50 percent higher despite the last six years of so-called "effective policies to address unemployment."

Unemployment has three dimensions that often escape public discussion, perhaps because they raise such fundamental questions about the capitalist system. The first dimension concerns the immense losses for society from the kind of unemployment capitalism reproduces and that we suffer today. According to the Bureau of Labor Statistics, the sum of unemployed people, "marginal" workers (those who stopped looking for work), and involuntarily part-time workers (the "underemployed") is roughly 14 per cent of the labor force. That is 20 million of our fellow citizens. Alongside that statistic, the Federal Reserve reports that 20 percent of our "industrial capacity" (tools, equipment, raw materials, floor space in factories, offices and stores, etc.) is sitting idle, wasted, not being used to produce goods and services. Capitalists make the decisions to not hire those millions of workers and to not buy, lease, or use all that industrial capacity.

Capitalists make those decisions based on what is privately profitable for them, not on what is lost to society. And that loss is huge. A simple calculation based on the numbers above proves the point. We as a nation forego about 15 percent of extra output of goods and services because of unemployed people and idled tools, equipment, etc. That comes to roughly $2 trillion per year. Yes, you read that correctly. We could produce an annual extra output far greater than the government's budget deficit ever was. We could use that extra to reduce global poverty by more than what has been done by all advanced industrial nations for decades. In short, we have taken staggering losses for our planet from being entrapped within an economic system that permits employment decisions to be held hostage to capitalists' profit calculations.

The second dimension of unemployment is the actual costs it imposes on society, costs not borne entirely, or even chiefly, by the capitalists whose decisions determine unemployment. A partial list of such costs includes additional government expenditures for unemployment compensation, food stamps, welfare supports and stimulus programs. Since the current capitalist crisis began in 2007, these costs are already in the trillions of dollars. It is also well known and documented that rising unemployment is positively correlated with rising physical and mental health problems, alcoholism, family disintegration, urban decline and so on. Public and private resources are expended to cope with these problems aggravated by unemployment. These resources come from the public much more than from the capitalists whose private decisions produced most of the unemployment. Capitalism socializes unemployment's immense costs.

The third dimension of unemployment concerns how capitalism distributes unemployment among workers. In the United States, when capitalists decide to reduce employment because that is the most profitable decision for their individual, private enterprises, the question is: How will that unemployment be managed? The answer we see most often is that individual capitalists choose which individual employees they will fire. Thus in today's United States, capitalists have selected most of the 7.5 percent of our people who are unemployed or underemployed. These they have condemned to full-time unemployment or reduced to unwanted part-time work.

An alternative option would manage unemployment by reducing everyone's work week by 7.5 per cent, or roughly 3 hours out of a week's 40 hours. Every worker would then have 3 hours of extra leisure for which no pay would be received. Instead, the saved money would be used to hire the 7.5 percent of workers who no longer need to be fired. Their work would substitute for the 3 hours lost from every other worker's week. In this way, unemployment would be shared by everyone and not imposed on a minority selected by capitalists.

Of course, capitalists oppose this alternative option. It costs them the benefits that have to be provided to all workers - more than if they could withhold benefits from fired workers (the usual practice). More importantly, if unemployment were shared, the injustice and waste of it would be driven home personally to every worker by his/her reduced hours and reduced pay. Right-wing ideologies would then find it harder to blame the unemployed for their joblessness. It would also make it easier to persuade and mobilize all workers to fight unemployment as their common enemy. Finally, it could help to spark the long-overdue debate over the social benefits and costs of more work and output versus more leisure and less pressure on our natural resources and environment.

Capitalists defend their "right" to hire and fire as an "entitlement" that cannot be questioned. Yet it surely should be challenged on grounds of its undemocratic nature and its perverse social results. Employing people in socially useful work (however a democratic society might define that) is more humane to the individuals, families and communities involved, and more productive and less costly than rendering them unemployed. Yet a private profit-driven capitalist system yields the endless unemployment, spiking repeatedly, that society does not want. Except, of course, capitalists want it because it keeps them at the top of capitalist society.