Capitalism Works (or Not) for Me 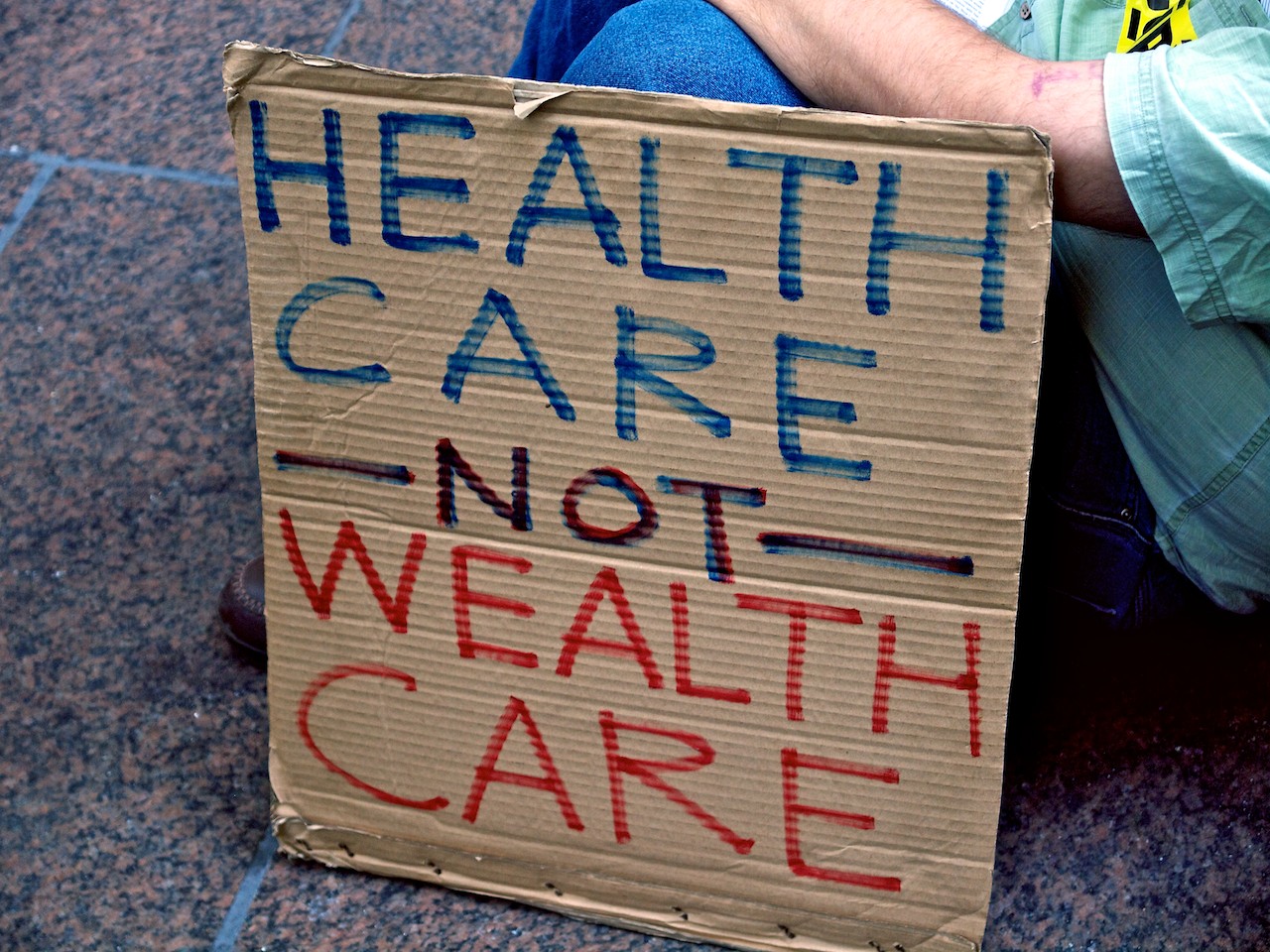 This article originally appeared at Truth-out.

Curators of New York City’s annual arts festival called us a couple of months ago. Would we be interested in having a public discussion with the artist, Steve Lambert, whose work was a major part of this year’s festival? The festival’s title is “Crossing the Line 2013,” and Lambert’s large neon-lighted installation (9 feet by 20 feet by 7 feet) says “Capitalism Works for Me.” Observers can respond by pressing either a “True” or “False” button.

This work (like others Lambert has produced and shown across the country and abroad) aims to engage audiences in reflecting and then beginning to act on its message. As another way to reach that goal, the curators thought that we – a professional psychotherapist and a professional economist – might usefully talk publicly with Lambert about the work and responses to its outdoor installation in Manhattan’s Times Square, where it would remain for several days.

We saw immediately that Lambert’s artwork contributes to a conversation about capitalism’s strengths and weaknesses. Drawing conclusions would follow next. For us, working in the domains of economics and psychology, such conversation, debate and conclusions were all absent, urgently needed and long, long overdue. We readily agreed to participate in the proposed public discussion.

Among economists, it remains largely taboo to question capitalism’s negative effects and therefore desirability, let alone to debate its pros and cons vis-à-vis alternative ways of organizing production. Instead, liberals and conservatives endlessly celebrate capitalism while bickering over how government should relate to this presumed best-of-all-possible economic systems. Similarly, psychologists and therapists rarely admit or analyze how capitalism’s particular features impact feelings, emotions and mental health.

Perhaps the world of art might lead the rest of us to see, reopen and engage debate over this economic and political system whose problems, crises and dysfunctions and their social and personal costs scream for honest questioning, now more than ever. Lambert’s work and its reception in many venues already had succeeded in generating intense conversation around why capitalism isn’t questioned, and the work’s democratic impulse moved us both. We wanted to engage this question posed by an artist, much as we wanted our respective disciplines to likewise contribute to that evaluation. And so an early October evening of conversation among Lambert and the two of us was arranged and widely publicized. It took place in one of the multiple viewing rooms within (and donated by) an immense Times Square movie house (AMC).

The evening began with a short video made September 20, 2013, the installation’s first day in Times Square. Individuals explained briefly why they voted “true” or “false” as their responses to “Capitalism Works for Me.” A rich diversity of reasons emerged to support the viewers’ individual votes.

The short video resonated with a young woman whose mother struggled to find the rent to keep her store (where she also lived when the bank reclaimed their home). Enrolled at Manhattan’s Parsons, the New School of Design, she mentioned fellow students whose purses cost more than the monthly rent her mother finally could no longer pay. Capitalism, she said, bailed out the banks but abandoned her mother; it did not work for her. A man whose business was succeeding thought that capitalism worked for him. He said that it did not work for others, even some of the workers he hired. Some responders were so aggravated by publicly questioning capitalism that they punched “true” with such force that the button broke. Our discussion and the audience’s questions combined to illustrate the power of this remarkable art and the intense responses it elicited.

The video showed, first, that the artwork succeeded in provoking thought. Second, individuals who had never before been asked this question quickly summoned ideas and arguments as they thought about how to vote. Perhaps questions provoked by the artwork had crossed their minds consciously or otherwise. Third, these individuals relished the opportunity to talk publicly about the issue, their votes and their reasons. Lambert’s work found and activated a responsive nerve for many who viewed it. His art and popular response to it offered impressive evidence that Americans want to discuss and evaluate their economic system. Indeed, they want to do that at least as much and as passionately as they have debated the educational, energy, medical insurance, transportation and other systems that make up our society. Lambert’s work exposed the disservice to democracy and people’s needs performed by the mainstream economics and psychotherapy “disciplines” in their refusal to engage the issue of capitalism in relation to their thought and practice.

Does capitalism work? Like all great questions, it touches our intimate, personal, political and social lives. It is obviously important to ask and to engage. A young artist, Steve Lambert, found a new way to grasp and project that obviousness so that his audience might grasp it too. Courageous art curators in New York recognized Lambert’s achievement and situated it brilliantly in one of modern capitalism’s iconic locations. The many dimensions of this amazing artistic happening comprise so many windows to posing the crucial questions of our time and finding new solutions.

At the same time, Manhattan’s Museum of Modern Art exhibited Rene Magritte’s work. His art, from another time of capitalist crisis, also challenged received, hardened ways of seeing and living (and not seeing and not living). Magritte too opens our minds to what lies beyond today’s narrow “realities” by inviting us to ponder “obvious” questions whose answers can transform personal and social life.