The launch of 'Coop Talk' and a letter from the editor 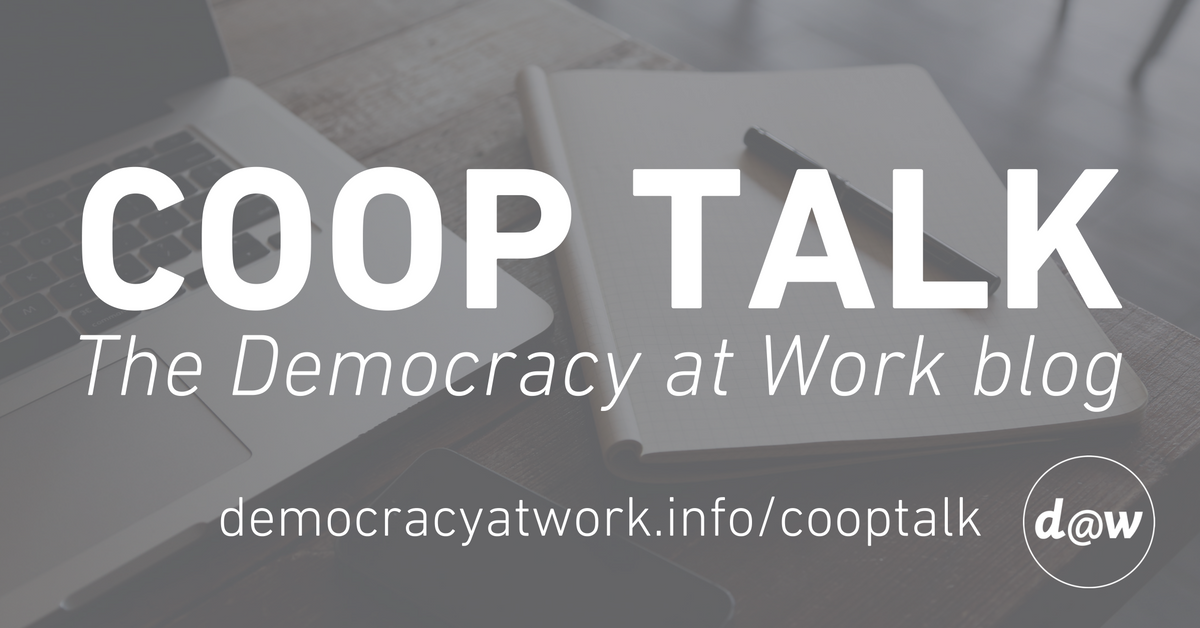 The circus of Election 2016—a presidential race consumed with emails, insults, and genitalia-grabbing—sent shockwaves around the world as Donald Trump became America’s “Mr. Brexit” on November 8th.

In hindsight, the real shocker in this election should have been the nonexistent debate about the connections between finance, globalization, rising inequality, and the rampant instability of our economic system. There’s something to be said for the fact that a great majority of the electorate either didn’t cast a ballot or voted for the “change” candidate just as they did back in 2008.

But why expect our new billionaire president-elect to make any systemic changes? He is the very embodiment of the corporate capitalism that has wreaked havoc on the wages, benefits and job security of working and middle-class Americans over the past 40 years. If we had a serious, honest and open dialogue, perhaps more of our country would have realized that the 62 richest billionaires (the majority being American) now own as much wealth as the bottom half of the world’s population. Or, that because executives can be paid in stock options, CEOs use billions in corporate profits to buy back their own stocks instead of making investments in tangible production and labor.

The mounting evidence tells us that the economy shouldn’t be in the hands of a tiny percentage of people. A new left politics must focus on examining how capitalist enterprises are organized, and challenge why a tiny number of people – major shareholders and the boards of directors they select – wield undemocratic demand, excluding the vast majority of workers. We need a country that advocates for a change in the organization of our economy from the top-down and hierarchical corporate model towards employee ownership, where workers decide democratically (one member, one vote) what to produce, where to produce, how to produce, and what to do with the profits. By comparing the differences, we can then develop a framework and political strategy for transitioning to an economic system that addresses the issues capitalism produces.

The idea that employees can run their own firms might sound unrealistic to some, but there are very healthy worker cooperative sectors that co-exist alongside capitalist ones today. In Italy’s Emilia Romagna region, two out of three of its 4.5 million residents are coop members, and worker-owned enterprises produce a third of its GDP. The Mondragon Corporation in the Basque region of Spain is an extraordinary 80,000-person grouping of worker-owned cooperatives, where the ratio of compensation between top executives and its lowest-paid members is between three to one and six to one. New York City’s Cooperative Home Care Associates is America’s largest worker-owned cooperative with 2,300 members that is over 90 percent owned by women of color. And studies show that worker-owned cooperatives are more productive than normal businesses, and lead to happier and more efficient employees.

These are the types of stories we’ll be documenting in Coop Talk, Democracy at Work’s volunteer-run news blog that will disseminate knowledge, research, and analysis in support of the advancement of worker-owned cooperatives.

Effective immediately, we are welcoming volunteer guest posts and publishing content on the worker cooperative movement in a wide array of formats. We invite you to consume, utilize and share the material provided on Coop Talk, but we also want you to become part of the conversation.

The emerging new politics will work for democratizing enterprises, and thereby the economy. In place of hierarchical, top-down autocratic enterprise organizations, it will advance worker cooperatives. The success of this movement would mean that political will and organization can finally address the systemic roots of so many of this country’s problems. If we can first democratize the workplace, we can then rebuild a democratic society on a firm foundation of economic justice.

For more information on how to get involved with Coop Talk, please email [email protected]. And be sure to visit the blog regularly, at www.democracyatwork.info/cooptalk.