Democracy at Work: A Cure for Capitalism 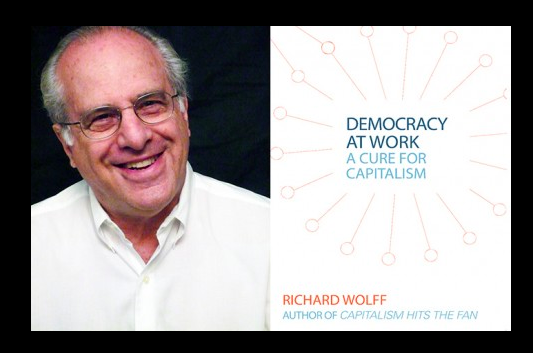 Capitalism's deepening crisis (extreme inequality, instability and injustice) flows from the tiny groups that now decide how capitalist enterprises - chiefly modern major corporations - perform. Major shareholders and the boards of directors they select make all the key decisions that shape how the system works. It enriches them while making the vast majority fall ever further behind the top 1-10%. It produces damaging business cycles and the injustices they spread. The solution is democratization - converting capitalist into workers self-directed enterprises where one worker one vote makes all business decisions. Such conversions could overcome capitalism's inequalities, instabilities and injustices, making this the first post-capitalist century.
Hosted by SODA (Student Organization for Democratic Alternatives).
Event is free and open to the public.
WHEN
March 21, 2016 at 6:30pm - 7:30pm
WHERE
Queens College, Kiely Hall Room 258
65-30 Kissena Blvd
Flushing, NY 11367
United States
Google map and directions
CONTACT
Alex Kolokotronis ·
24 RSVPS