Greece Needs Our Solidarity in Its Struggle Against Austerity 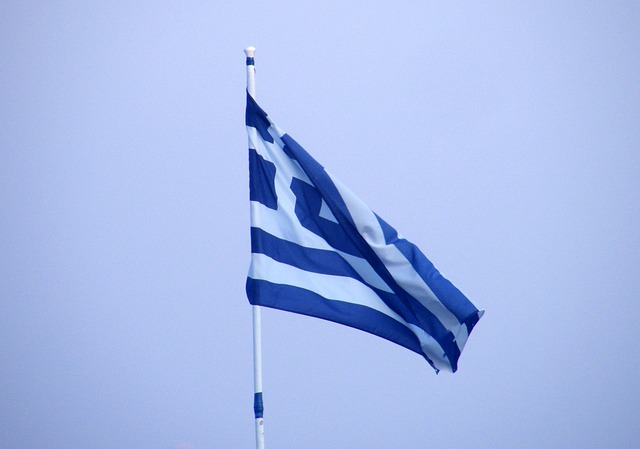 Not for many years has the issue been posed as clearly as it will be on July 5 in Greece's referendum: European capitalists, the political leaders whom the capitalists' money controls, and the austerity they together impose will be judged by the people most savaged by that austerity.

The Greek people were informed that the financial maneuvers made by Europe's biggest banks, biggest industrial capitalists, and the usual political elites (shamefully including Greeks and "socialists") in 2008-2009 would absolutely require massive losses of Greek jobs, incomes, property, and financial security for many years to come. Recycling Margaret Thatcher's words, they were told "there is no alternative." Other Europeans (and Americans, etc. too) were told the same although their austerities were less bleak (so far).

After all, slaves had to suffer from the mistakes of their masters and the crises of slave systems - and likewise serfs had to suffer from their lords' mistakes and feudalism's crises. So workers must now absorb the costs of capitalism's crises and capitalists' mistakes (including the documented crimes of the biggest banks). Workers must suffer the capitalists' use of the state to bail themselves out of their crisis and then, via austerity policies, to shift that bailout's costs onto the general public. This, the Greeks were told, is what must be.

The Greeks have thus provided a convenient but urgent test case. European leaders believe that workers in capitalism's old centers (Western Europe, North America, and Japan, especially) now must accept declines in their standards of living. Capitalism is abandoning them to make higher profits in Asia, Latin America, etc. - capitalism's new centers. Savaging the Greek workers' standards of living (and, if needed, a few other countries' workers' too) teaches a double lesson. The first is, "decline is your future - get used to it." The second is, "be glad your decline is - deservedly - not as bad as that of the Greeks."

From 2008 to 2012 the Greeks followed their conventional leaders in accepting this dictated decline. They were told the austerity would be temporary, bitter medicine needed for recuperation. But the decline only got worse, and promises of recuperation came to be exposed as empty.

Syriza's rise to victory in 2012 represented both the Greek people's partial awakening to the reality of what was happening to them, and the Greeks' determination to stop and reverse their economic decline. The January to June 2015 negotiations between the Syriza government and the European leaders completed the Greek people's awakening. In response to the European leaders' mantra of "there is no alternative," Syriza and its Greek supporters answered, "alternatives are always there." It's just that conservatives cannot see or imagine them.

The referendum on July 5 will express the results in Greece of a contest between capitalism's management and plans for European society (economic decline for capitalism's old centers, disappearance of former "middle layers," their major cities' transformation into playgrounds for capitalism's richest, etc.) versus what Europe's working classes will permit. It will show Europe its future. If the Greek people vote no - their refusal to cooperate with capitalism's plans - then a new political landscape will emerge. In Europe and likely beyond, the new 21st-century struggle will pit new forms of socialism against forms of capitalist barbarism. If the Greeks vote yes, they will embolden European capitalist leaders to push austerity further until the next working class resistance arises and mobilizes sufficient support to finish what Syriza began.

Solidarity from others oppressed by austerity policies everywhere is Greece's greatest need now. Real solidarity will also help to mobilize the forces everywhere that are coming to realize the deepening costs and injustices of accepting capitalism's continuation.