Opioid Addiction in the USA: Where Capitalism Meets Health Care 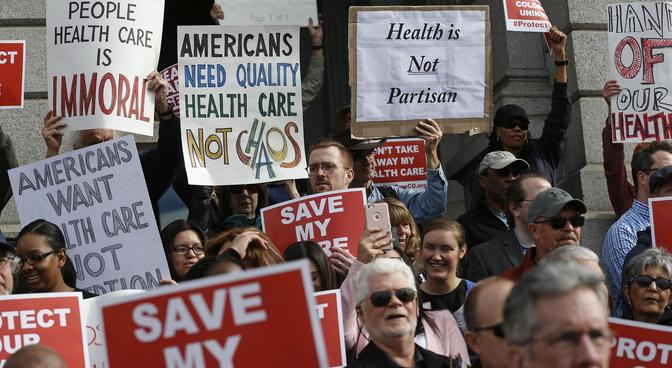 First, let’s define “drug addiction.” Drug addiction is an out of control compulsion to take a drug without consideration of the consequences.  Major drugs to which Americans are addicted are opioids: synthetic forms of heroin often prescribed as pain medications such as oxycodone (e.g., OxyContin, hydrocodone (e.g., Vicodin), morphine, fentanyl, and codeine.

In the United States, more people now die from opioid painkiller overdoses than from heroin and cocaine combined. The United States is in the throes of an epidemic of drug addiction that kills more Americans than car accidents, gun deaths, or AIDS. In 2016, 64,000 Americans died of overdoses. Most of them caused by opioids. One particularly powerful opioid, Fentayl is 5,000 times more powerful than heroin. Deaths from Fentayl alone rose 540% in the last three years for which statistics are available.  This is a national emergency. Why is opioid addiction not receiving as much attention and money as Muslim terrorist attacks which killed 55 Americans in 2016 , not 64,000?

Who is dying in America? Why is this happening and why is it happening now? Previously the large majority of deaths from drug overdose were deaths of minority citizens in urban areas. That has changed. Overdose deaths appear across America. The majority who die are white people . Most at risk are Americans who have fallen out of the middle class. They are among the 46% of Americans who do not have $400 to cover a dire emergency.  The deep despair of formerly middle class  Americans and their children make drug overdose the leading cause of death for Americans under age 50.

Why do Americans turn to opioids and die? Chemical hooks are a minor part of drug addiction. Despair, isolation and trauma are the major forces in the driver’s seat.  What has happened to drive this? Disconnection is the most powerful force propelling people towards drug addiction. Millions of Americans have lost the steady well-paid jobs that connected them with fellow workers every day. Those d jobs that white American males depended on are gone. US corporations used our now highly sophisticated multinational communications systems, computers, robots, and the cheap unregulated labor of poor nations to outsource American men’s steady decently paid middle class jobs. Capitalists abandoned America for the super profits they got in nations like India, Bangladesh and China. To understand what this means consider that the range of manufacturing jobs in apparel factories in India pay from $1.32 to $1.79 an hour. In China those manufacturing jobs pay from$1.33 to $3.23 an hour. In Bangladesh, there is one pay rate at $.68 an hour. Outsourcing alone is responsible for huge corporate profits.  Computers and robots increase those profits even more. With their super profits corporations bought our media, and politicians, distorting news to hide the reasons for the decimation of middle class life. The United States went from the manufacture that sustained a middle class to a service economy that pays lower wages and either no benefits or lower ones.

Gig jobs provide the fastest growing employment. Gig jobs are performed alone. Uber drivers drive alone in their own cars. Connection with fares are temporary or nonexistent. A computer ap tells drivers where to go. Amazon package deliverers drive alone in their own cars. The Amazon ap tells them where to pick up and deliver packages. They are disconnected from others on the job.

What manufacturing work remains is increasingly restricted to one or two people overseeing multiple robots or working alone. Gone is the camaraderie and connection of working together, particularly in what were traditional male jobs. Women’s lower paid service jobs allow for more interpersonal connection. Vast inequality has benefitted America’s 1% while decimating the middle class. Inequality spurs lack of connection.

People with money work and live far away from the rest of America and often far away from each other. They either send their children to local schools in their high-priced neighborhoods or private schools where they do not interact with poorer parents and children.

Ample research affirms the connection between inequality and addiction.

Research also illuminates the connections between inequality and loneliness The more unequal societies are the less people trust one another and the more isolated and lonely they become. The US now has fewer people in any organized group than we had in bowling leagues alone in 2009.  Many Americans are in lonely disparate straits.

America’s vast loneliness interacts with capitalism to sell profitable addictive opioids to quell the pain and then sell rehabilitation with little regulation and high profits. Let’s look at our very profitable opioid industry. Just last year, in 2016, the US pharmaceutical industry spent six trillion, four-hundred billion dollars on advertising. Consumers in the US can be reached directly with these drug advertisements. The US is one of only two nations in the world who permit direct consumer advertising to consumers.  Pharmaceutical corporations spend trillions on campaigns to minimize the addictive properties of their drugs. Perhaps the best illustration of how this works is the marketing of OxyContin by the privately-owned Purdue Pharma Company owned by the multibillionaire Sackler family. The Sacklers have made 35 billion dollars from OxyContin, the biggest of the opioids addicting Americans. Although they are indirectly responsible for tens of thousands of American deaths, they are not held accountable.  OxyContin was first released in 1995. Not coincidentally, that is the year when opioid addictions began to soar.

The Sackler family, owners of Purdue Pharma, never publicize their ownership or relationship to OxyContin. They use their vast funds to be known as philanthropists. A few of their beneficiaries are: The Sackler Gallery in Washington, The Sackler Museum at Harvard, the Sackler Center for Arts Education at the Guggenheim Museum, the Sackler Professorship at Yale University Cancer Center, The Sackler Wing at the Louvre in France, The Sackler Institute for Developmental Psychobiology at Weill Cornell Medical College, Sackler institutes at Tufts, McGill, Edinburgh, Glasgow, Sussex, King’s College London, as well as related hospitals.

Sackler used their vast connections with the educational institutions, medical schools, and hospitals they subsidize for richly funded successful campaigns to reassure the medical community that OxyContin poses no risk of addiction.

Here it is important to remember that the crux of OxyContin’s sales campaign was “Only 1 pill every 12 hours.” With Percocet and other short-acting pain medications, patients have to remember to take a pill up to six times a day,” Purdue told doctors. “OxyContin spares patients from anxious ‘clock¬watching”. Purdue knew that this highly touted slogan was false. In 1996 Purdue’s own scientists proved that OxyContin was addictive. In their 1996 study of the use of OxyContin in Porto Rican women recovering from gynecological surgery they found that for 50% of the women receiving the drug, the drugs wore off after 8 hours causing pain and withdrawal symptoms that made them crave more OxyContin.  Those women needed and looked for more drugs, just like OxyContin’s other patients do. When more medication is not available legally, patients find it illegally. When the costs are too high, they switch to heroin which is cheaper.

The company denied that their drug produced the obvious risks. Even Dr. Portenoy who was paid to represent Purdue’s interests, admitted that he often “left evidence behind.” On March 2016 Portenoy stated “We know of no other medication…that kills patients so frequently.” By the time I write this article, Purdue Pharma will have been widely sued for their false advertising of OxyContin. However Purdue’s multibillion dollar profits from the drug still leave Purdue way ahead of any and all legal settlements it was required to pay. Purdue’s reaction to the growing awareness of its addiction and death risk is to continue to sell OxyContin in the US. However, Purdue now focuses its sales forces in Latin America and Asia where its murderous history is unknown. Nothing exposes the corruption involved in America’s vulture capitalist health care system better than the story of OxyContin which spurred an epidemic of addiction and death while making billions for the Sackler family. Meanwhile, the elegant “philanthropic” Sacklers operate as usual, untouched by the plague they unleashed. They vividly illustrate how capitalist treatment of the super-rich allows them to literally get away with murder.

Dr. Harriet Fraad is a licensed mental health counselor and hypnotherapist in private practice in New York City. She is a founding member of the feminist movement and the journal Rethinking Marxism. For 40 years, she has been a radical committed to transforming US personal and political life.