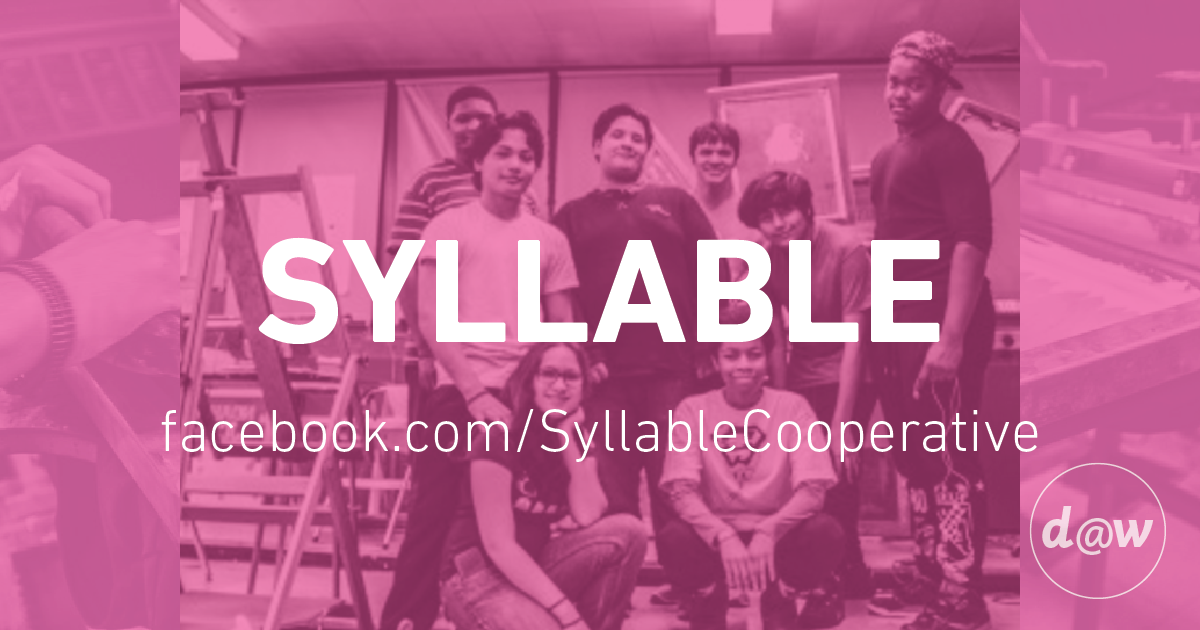 This profile is an interview with Sean Abbott-Klafter, co-founder and worker-owner of Syllable, a screenprinting student-worker cooperative in the Bronx borough of New York City.
Name: Syllable
Facebook: facebook.com/SyllableCooperative
Twitter: @SyllableCoop
Industry: Screenprinting and Design

Can you provide a some background on Syllable?

Syllable was founded in 2014 as a screenprinting cooperative in the Hunts Point neighborhood of the Bronx. We founded Syllable to provide public schools and nonprofits in the New York City area with their apparel needs. There are currently 4 students that own and work in our studio, though we have trained and welcomed 15 through our doors.


What inspired you to organize the business as a worker cooperative as opposed to organizing it within a traditional business model?

We didn’t just want to provide multiple Bronx youth with a steady income; we wanted to provide them with real ownership of a cooperative business. We wanted to create a space where the experience of being worker-owners teaches them how to run an organization democratically, as a group, which is a step beyond just learning the technical skills of being screenprinters. 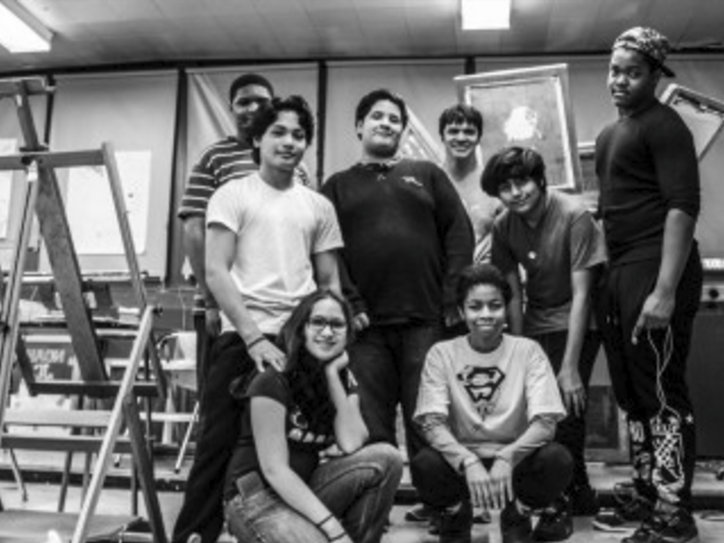 The current Syllable team of worker-owners.

In 2013, I was a teacher at Bronx Compass High School. I was also in communication with the Green Worker Cooperatives (GWC), an organization in the South-Bronx dedicated to incubating local worker-owned green businesses. Within my role as a teacher, I reached an agreement with the GWC to launch an elective class at the school that would train students in cooperative business development. We launched an online crowdfunding campaign to raise $5,000 which went to cover the costs of running the class.

During the first year of the class, students learned the technical side of screenprinting and graphic design as art classes. The following year, we legally incorporated the business including the first batch of available students. Their first orders were to produce uniforms for their school and soon after began taking orders from local non-profits as well.

We are always reaching out to find funds to support the business and keep it going for the students. Right now, we are currently raising money on indiegogo to buy a news printing press. A new printing press will really help this small business expand.


What decisions do the worker-owners take part in? Are there any decisions not made collectively by the workers?

At Syllable, the worker-owners make all the decisions. We do have a board of directors, but the board plays more of an advisory role. The board is also needed for legal compliance as many of the students who have been involved with Syllable since 2014 have been under 18 years old.


What are the benefits to the worker cooperative model when it comes to the day-to-day operations?

The greatest benefit of working in our coop is that it’s is easy to communicate directly with one another. There is total transparency within the business. We are able to discuss all important decisions - financial, administrative and otherwise - as a group before deciding on a course of action. The cooperative model also facilitates worker-owners learning new skills and taking on multiple responsibilities in different departments of the business over time. For example, a worker-owner began working at Syllable within production would later learn sales or graphic design and learn to be able to contribute in those areas as well. 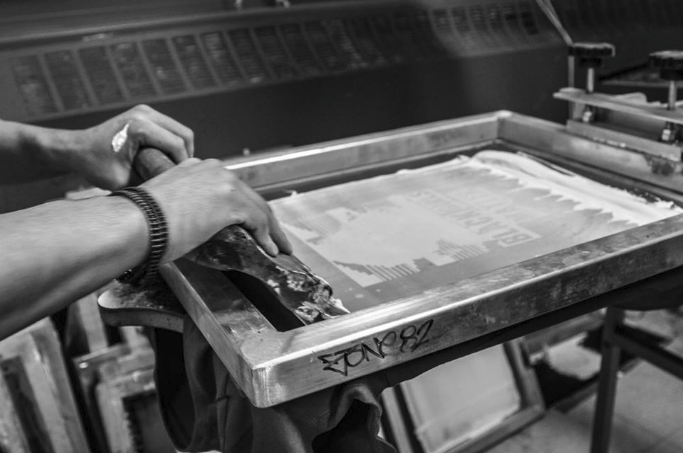 May 2017: The crew is currently raising funds for a new printing press! Visit
their crowdfunding page to see how you can help.

What are some challenges that come with the cooperative business model?

The coop model definitely requires more meetings, and decision making can take more time. Due to the small size of our team, this hasn’t been a major issue for us so far. But sometimes it is a challenge to find the time to both the production work and have a productive discussion on how things are being managed, as well as make decisions.

Would you recommend the worker cooperative business model to others?

Yes definitely! You get to be your own boss and equitably share in the profits of your labor. It helps ensure that everyone is committed to the business and able to have input on important decisions.

What advice would you give someone looking to join/start a worker cooperative?

Think about how you will access financing. In addition to that, I highly suggest you have a strong foundation of trust with your future coworker-owner; you really don’t want to find out that you don’t work well with someone after you become co-owners. There’s much more involved in the relationship between co-workers than in traditional workplaces.

What's next for Syllable?

If we can show that our model of youth led cooperative development is viable we can expand it across New York City. There are enough schools and nonprofits in the city to support screen printing coops throughout the city! As long as there is a structure if support to help the coops get up and running it really could happen, and I encourage everyone to look into this model of organizing.