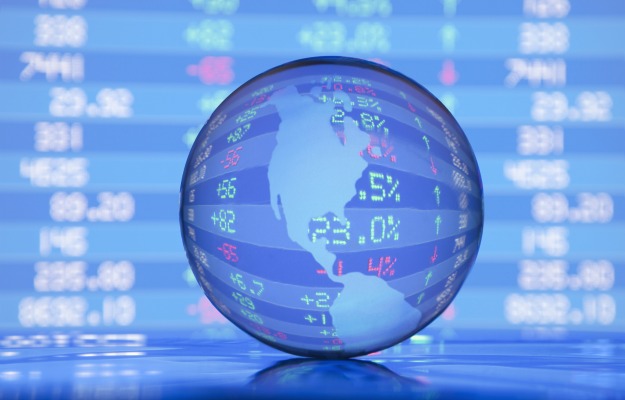 From President Obama on down, defenders of the status quo insist that the US economy has "recovered" or "is recovering". Some actually see the world that way. They inhabit, imagine they inhabit, or plan to soon inhabit the world of the infamous top 1%. Others simply seek security in life by loyally repeating whatever that 1% is saying.

In total contrast, income for the other 99% rose by an average of 0.4% during the same period. Many of those people actually saw their earnings drop. That was not a recovery, not even close. For the vast majority of Americans, the recovery hype is just a weapon of mass distraction.

The economic reality is driven home by this graph from the Wall Street Journal.

From 2007 – the last year before the current recession hit – until now, the median income of Americans has dropped by nearly 10% with no recovery evident.

Yes, the stock markets and profits for large banks and corporations have recovered, more or less. That explains the good fortune of the top 1%. Their incomes depend heavily on the health of those parts of the economy (especially interest, dividends, and capital gains).

But the 99% depend mostly on wages and salaries. High unemployment keeps their income hobbled, as does the persistent shift in the US from jobs with high pay and good benefits to jobs with neither.

Hyping a recovery helps politicians to boost their popularity (or at least, slow its decline). It also serves to give masses of people with growing economic difficulties the impression that "other people" are experiencing a recovery. So they blame themselves (their age, skill set, education and so on) for missing out. The recovery hype thereby functions as a massive "blame-the-victim" program, in which a dysfunctional capitalism escapes criticism, while its victims instead turn criticism inward upon themselves.

Hyping recovery pleases those seeking reassurance about the state of capitalism. They want to hear that it is – or will shortly be – the secure, near-perfect economic system they always thought and said it was. They want to see the system's flaws, imperfections, and ongoing crisis – stressed by capitalism's critics – as merely minor and passing irritations. Calming references to recovery – used often and said as authoritatively as possible – nicely suggest that capitalism is either healing itself or being healed by a benevolent government.

Academic economists, with careers built celebrating capitalism's efficiency, growth, and optimality for everyone, need urgently to hype recovery just as they have long hyped capitalism. They want to escape the ridicule of agitated students who keep taking on more crushing debt to pay for school, while their job and income prospects deteriorate.

These students turn a critical eye toward the economic system and quickly discover the rich and diverse literature of criticism of capitalism. Why, they increasingly demand, have their teachers never taught them about all that? Mainstream economics professors fear the exposure of their longstanding intolerant exclusion of most strong critics of capitalism from teaching and research opportunities. Students are beginning to demand the open, balanced education long denied them. They want to hear and read the academic critics alongside the academic celebrants of capitalism; they want to decide for themselves which perspective – or combination of perspectives – to use and develop.

Hyping recovery is also supported from darker, more cynical motives. Leaders of large corporations who have already moved many of their operations out of the US call the current situation a "mature" economy. This euphemism reflects their sense that rapid growth now happens more outside the US than inside and, therefore, higher profits beckon overseas where wages and taxes are lower. They want to keep freely relocating over the coming years with minimal opposition as they depart.

The leaders of these companies especially prefer to be less heavily invested here when the American working class is realizing that the capitalism that raised their wages across earlier decades of growth is fast departing for more profitable opportunities abroad. That departure abandons the American working class to steady decline – as countless indicators show: falling real wages, reduced public services, high unemployment, etc.

Business leaders and their elected friends fear workers' rage and resentment, should they be able to identify who and what did them in. Hyping recovery provides "delaying cover" as businesses executives relocate their facilities abroad, their homes and offices inside "gated communities", and their workplaces into "heavily secured enterprise zones".

Many mass media corporations render the service of hyping the recovery eagerly to their advertisers. These advertisers wish to avoid association with bad news that might distress audiences. The mainstream media therefore offers up infotainment with economic recovery "highlights". They also emphasize reports about countries whose experiences with the global economic crisis are worse than that of the US.

For example, immense attention focuses on Greece and Spain, rather than Germany or Sweden. The crisis has been far, far less damaging in the latter than in the former or in the US. Likewise, when the mass media here cover the high unemployment rates in certain European countries, they often conveniently omit that unemployment there does not affect citizens' health insurance coverage, pensions, or most public services and subsidies as negatively as it does in the US.

The recovery hype performs the same service of mass distraction in this crisis as the accumulation of consumer debt provided since the 1970s. From the 1970s to the economic collapse in 2008, household debt accumulation distracted American workers from the stagnation of their real wages. As the requisite accumulation demanded by the American dream slipped increasingly out of reach of wages and salaries, it was acquired instead through borrowing. Eventually, rising household debt levels could no longer be sustained by wages and salaries that had stopped rising.

Crisis ensued. Since 2009, the recovery hype has replaced debt accumulation as the chief distraction, sustaining the illusion that capitalism adequately serves the 99%.