Socialism Means Abolishing the Distinction Between Bosses and Employees 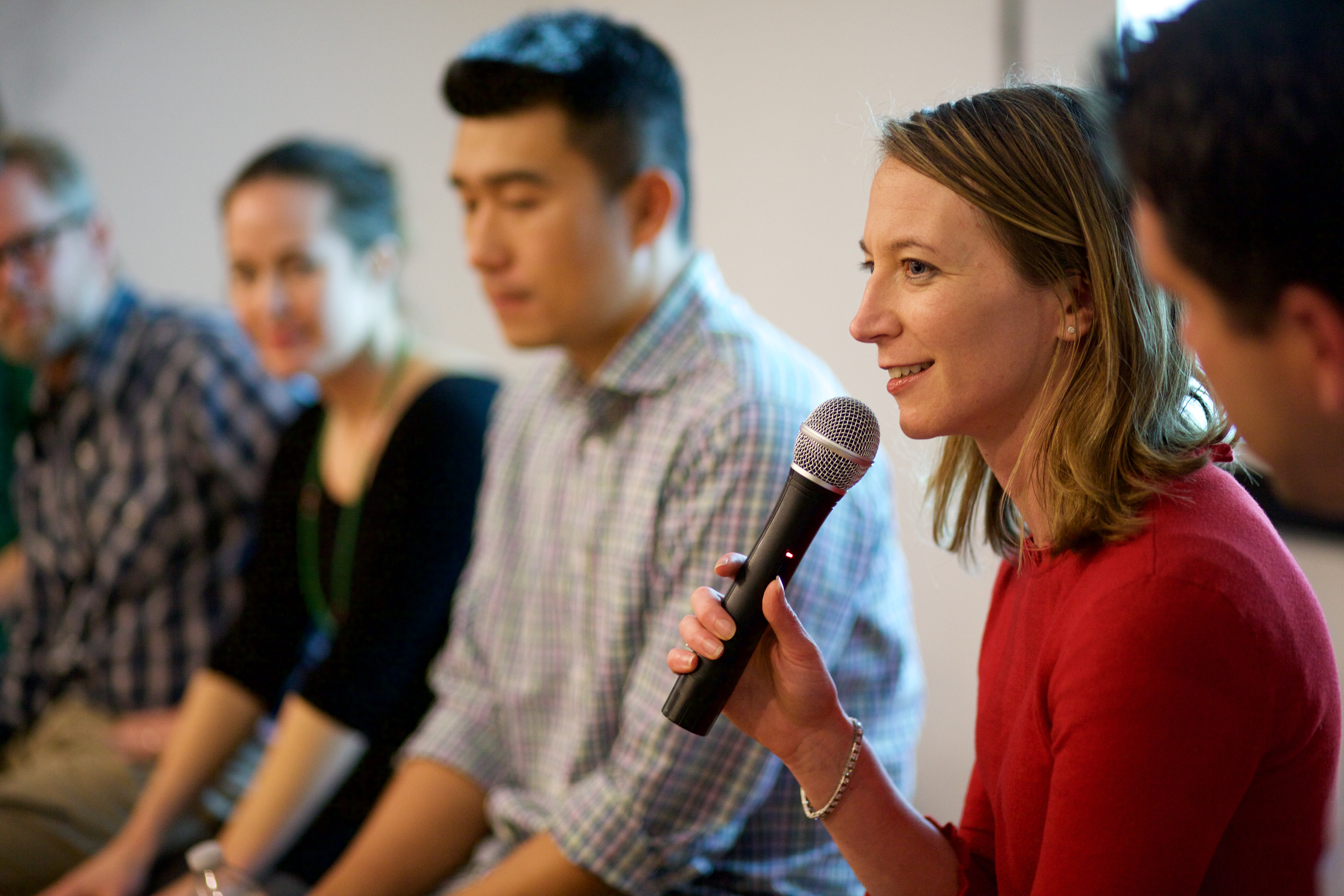 Regulated private capitalism. State capitalism. Socialism. These three systems are entirely different from each other. We need to understand the differences between them to move beyond today’s dysfunctional economies. With confidence waning in whether modern private capitalism can truly be fixed, the debate shifts to a choice between two systemic alternatives that we must learn to keep straight: state capitalism and socialism.

The Difference Between State Capitalism and Socialism

An enterprise only qualifies as “socialist” once the distinction between employers and employees within it has been abolished.

An enterprise only qualifies as “socialist” once the distinction between employers and employees within it has been abolished. When workers collectively and democratically produce, receive and distribute the profits their labor generates, the enterprise becomes socialist. Such enterprises can then become the base of a socialist economy – its micro-level foundation – supporting whatever ownership system (public and/or private) and distribution system (planning and/or market) constitute that economy’s macro level.

Actual large-scale socialism would thus predominantly entail worker cooperative enterprises such as these. Like the capitalist enterprises that once emerged from European feudalism, these new cooperative enterprises would seek to solve problems such as how to organize their interdependencies with one another and with the public, how to relate to private and public property, and how to manage transitions from smaller- to larger-scale enterprises. Different forms of societal socialisms will emerge: some with markets, private property and large corporations, and others with centralized and/or decentralized planning systems, socialized property, constraints on enterprise size etc. Debates, experiments and choices among them will likely characterize the multiple forms that socialism will take.

The European socialism that emerged in the19th century was not initially much concerned with issues of state versus private. It began and evolved – especially with the work of Marx and his followers – as a systemic critique of capitalism, not of regulation or the balance between state and private enterprises. Socialists wanted to go beyond capitalism to an altogether different system, one that fundamentally rejected the basic division between employers and employees. Socialists generally favored organizing society as “classless” where all would be workers who democratically made society’s basic economic and political decisions.

A transition to socialistically reorganized enterprises, once accomplished by a state, would also transform the state as an institution. With capitalists’ power over the state removed, that power would be wielded instead by the workers controlling the socialized enterprises. Ending classes would end the need for a repressive state to secure class divisions. Both Marx’s early and important association with the anarchist Mikhail Bakunin and Lenin’s later concept of the “withering away of the state” shared presumptions that any state apparatus remaining in socialism would (a) be reduced to coordinating socialized enterprises’ interactions, and (b) depend on workers’ socialized enterprises for its resources and powers.

As some put it, socialism either should or could only be achieved by means of evolution, not revolution.

Some socialists have believed in and strategized for a revolutionary seizure of state power from capitalists and their associates. They have sought to replicate the action of revolutionaries in 1789 France who took state power from the feudal lords, the feudal king and their associates. Where the French revolutionary state enabled and facilitated the transition from feudalism to capitalism, a socialist revolution would proceed similarly for a transition from capitalism to socialism.

Other socialists have disagreed and argued instead for a parliamentary/electoral strategy. They have argued that socialists should form political parties and win elections as the way to capture the state. As some put it, socialism either should or could only be achieved by means of evolution, not revolution. As socialism became a powerful global movement, socialists pursued one or the other or both strategies depending on the specific conditions in each place and time.

Since 1900, proponents of both strategies claimed some victories. In Western Europe, socialists built political parties that eventually captured state power such as socialists in France possess today. In Russia, China and Cuba, revolutions brought state power to socialists. However, neither socialist strategy took the next step. Socialists in power could not or would not make transitions to socialism (and ever since have furiously debated whether that is what happened and if so, why).

Shortly after the 1917 Soviet revolution, Lenin described the Bolsheviks’ achievement as having constructed “a state capitalism” that he applauded as a necessary step toward a transition to socialism. By the early 1930s, the subsequent leader, Stalin, made a pointedly different declaration: Socialism had been achieved in the USSR. Yet precisely what Lenin had named state capitalism remained the Soviet industrial reality; indeed, Stalin extended state capitalism into Soviet agriculture.

In effect, Stalin had pronounced a new and daring definitional equation: State capitalism was socialism.Many other socialists, including those who otherwise denounced Stalin and reviled Stalinism, sooner or later agreed with this new definition. So too did most of socialism’s enemies. In practice, when socialists achieved state power, they either could not or would not use that power to go beyond varying mixtures of regulated private and state capitalism. Yet socialists and their enemies increasingly defined those mixtures as socialism (although some socialists always disagreed and promoted other formulations of what the key terms meant). Conceptual confusions set in about what exactly, if anything, separated state-regulated private capitalism from state capitalism from socialism.

For most of the last century those confusions proliferated across the statements of workers, capitalists, politicians, academics, media personalities and the broad general public. For example, the term “socialism” was often applied to almost anything done by or through state power (such as President Obama’s Affordable Care Act or the IRS’s efforts to increase tax collection). In much of Europe and beyond, socialism refers mostly to the broad social welfare results (national health insurance, pensions etc.) of using government power to regulate, control and tax what are still largely private capitalisms.

A similar concept of socialism is more or less embraced by US presidential candidate Bernie Sanders. Thus, he seeks higher mass consumption levels and better working conditions through state regulatory policies that redistribute power and wealth from corporations and the rich to the rest of the society. Yet Sanders’ celebration of worker cooperatives suggests some interest in going further toward a non-capitalist system. Definitions of socialism in places like China and the USSR specified socially dominant state capitalist sectors with only marginal allowances for heavily regulated private capitalism.

Similarly, the welfare-state-regulated private capitalisms have shown, through their periods of neoliberalism since the 1970s and then post-2008 austerity policies, that they were fundamentally insecure and thus temporary. The New Deal in the US and social democracies in Europe proved unable to reproduce the political alliances that once forced their states to enable and facilitate their emergence. They were rolled back in a determined counterattack by corporations and the rich.

Securing social democratic reforms of the sort won in the 1930s (such as taxation of corporations and the rich to support mass social services and jobs) requires much more than mere state regulation of private capitalism. The forces behind private capitalism mobilized to retake full control of the state in ways designed to preclude any repeat of New Deal or social democratic responses to crises. Socialist parties and movements failed to preserve the New Deal and social democracy, and failed to prevent or destroy austerity policies after 2008. They thereby exhausted the political appeal and foundation of socialisms based on state regulation of private capitalism as utterly as the experiences of the USSR and China largely exhausted the socialisms based on state capitalism.

Does Socialism Have a Future?

If socialism is to have a future, it will likely have to cut its residual ties to both state-regulated private capitalism and state capitalism. It will have to come full circle in the 21st century to rediscover and update its 19th century differentiation from capitalism as a fundamentally different mode of organizing the production and distribution of goods and services.

Self-criticism by socialists must account for the decline of socialist parties in Western Europe as well as the collapse of state capitalisms (“actually existing socialisms”). Doing so culminates in new definitions of socialism for the 21st century focused increasingly on democratizing the workplace – at the micro-level. That is the key change that was missing from previous socialisms. It must be added to old definitions that were over-focused on substituting socialized for privately owned means of production and substituting planning for markets. This is the significance of the remarkable recent Cuban policy decision to refocus its economic development strategy relatively more on worker cooperatives and relatively less on state enterprises. This is likewise the significance of the remarkable surge of interest in workers’ self-directed enterprises among anti-capitalist social movements and social critics.

Capitalism is relocating from its old centers in Western Europe, North America and Japan, to new centers in China, India, Brazil and so on. This relocation is also generating a vast new global criticism of the private capitalism that proclaimed its absolute victory in the aftermath of the USSR’s implosion in 1989. Workers in the old centers are slowly grasping that capitalism’s relocation will no longer offset their rising exploitation with rising consumption. They are feeling abandoned by capitalism and raising increasingly critical voices. They do not want a socialism defined in terms of Soviet or other state capitalisms that had serious problems and imploded. They do not want a private capitalism whose regulations proved reversible and whose qualities of decline they deeply resent. A new socialism built around democratized workplaces appeals to them in ways old socialisms no longer can.

Socialism in and for the 21st century must now define itself in clear distinction from both regulated private capitalism and state capitalism. Only then can we begin our strategic debates over precisely which socialist goal to set and pursue.