That’s your damn stock market, not ours

While Wall Street celebrates yet another stock market record—surpassing 20,000 on the Dow Jones industrial average—most Americans have little reason to cheer. That’s because they own very little stock and therefore aren’t sharing in the gains.

The only possible response is, “That’s your damn stock market, not ours,” analogous to the response about Brexit and the expected decline in GDP by a woman in Newcastle. 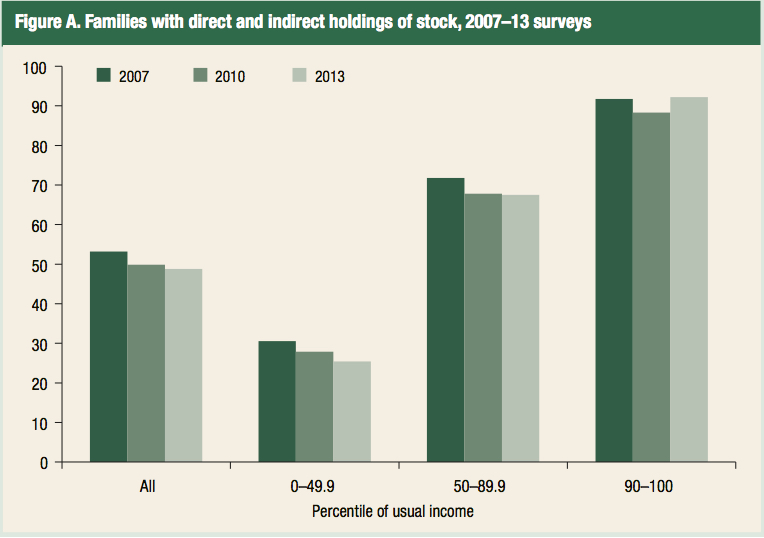 It’s true, even after recent declines, about half (48.8 percent) of U.S. households hold stocks in publicly traded companies directly or indirectly (according to the most recent Survey of Current Finances [pdf]). 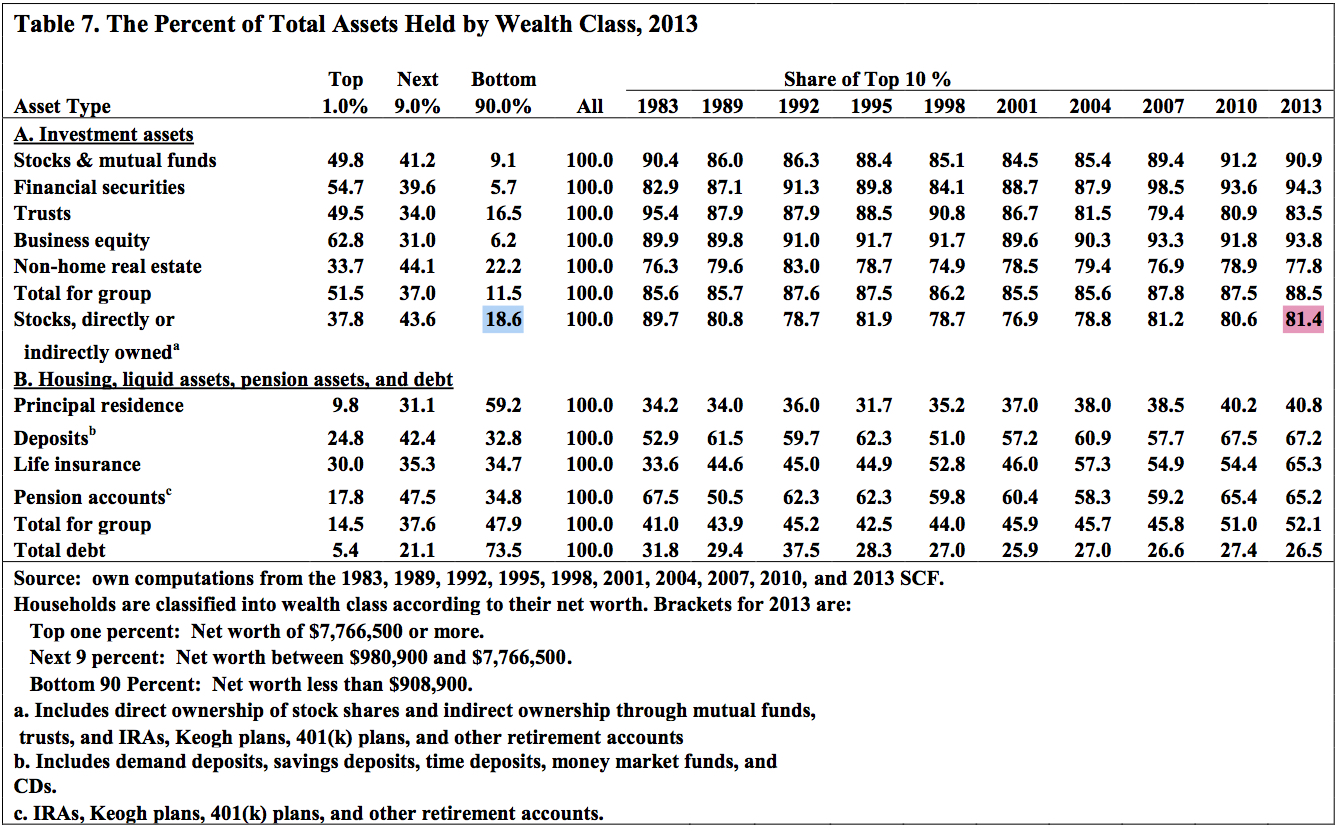 So, while the stock market has experienced quite a turnaround from mid-February of last year (when a barrage of selling sent the Dow Jones Industrial Average to its lowest close since April 2014), especially since Donald Trump’s November victory (including more than 100 points just yesterday), most Americans continue to be left out in the cold.

Clearly, a much better alternative for American workers would be to follow Shannon Rieger’s advice and look toward a radically different model: enterprises that are owned and managed by their employees. That would give them a much better chance of sharing in the wealth they create.

They would also then be able to finally say to mainstream economists and politicians, “That’s our GDP and stock market, not yours.”