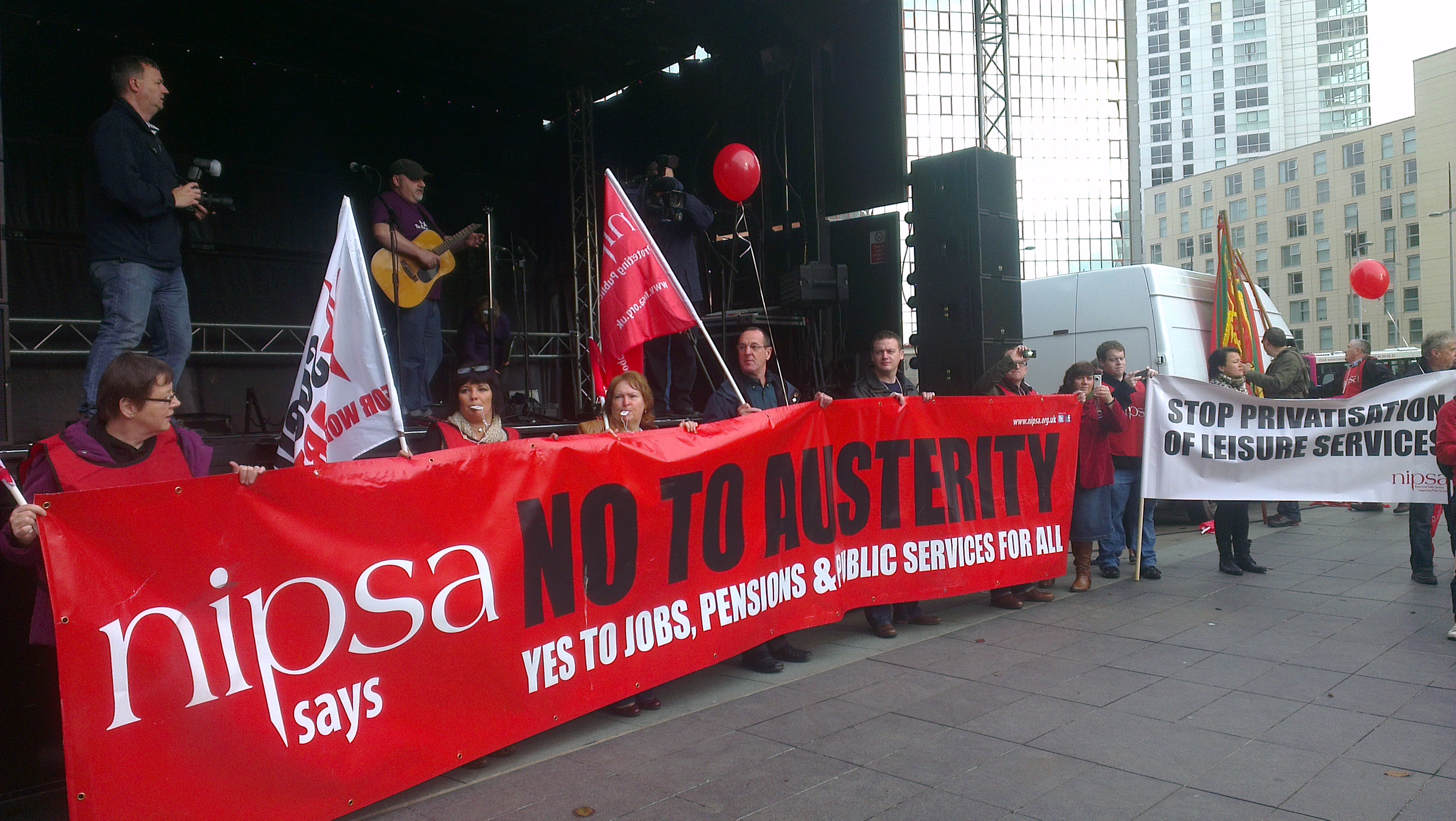 Center-right governments in Britain and Germany do it. So do the center-left governments in France and Italy. Obama and the Republicans do it, too. They all impose "austerity" programs on their economies as necessary to exit the crisis afflicting them all since 2007. Politicians and economists impose austerity now much as doctors once stuck mustard plasters on the skins of the sick.

National debts grow less or drop depending on how much each government's expenditures decrease and its taxes increase. Obama's austerity policies during 2013 started 1 January, when he raised payroll taxes on everyone's annual incomes up to $113,700. Then, on 1 March, the "sequester" lowered federal expenditures. Thus, 2013's US deficit will drop sharply from 2012's.

The accumulated evidence shows that austerity programs usually make economic downturns worse. Why, then, do they remain the preferred policy for most capitalist governments?

When capitalist economies crash, most capitalists request – and governments provide – credit market bailouts and economic stimuli. However, corporations and the rich oppose new taxes on them to pay for stimulus and bailout programs. They insist, instead, that governments should borrow the necessary funds. Since 2007, capitalist governments everywhere borrowed massively for those costly programs. They thus ran large budget deficits and their national debts soared.

Heavy borrowing was thus capitalists' preferred first policy to deal with their system's latest crisis. It served them well.

In these ways, borrowing helped reduce the criticism, resentment, anger, and anti-system tendencies among those fired from jobs, evicted from homes, deprived of job security and benefits, etc. Government borrowing had these positive results for capitalists – while saving them from paying taxes to get those results.

Government borrowing rewards corporations and the rich quite nicely. It amounts to a very sweet deal for capitalists.

Yet, that sweet deal raises a new problem. Where will governments find funds, first, to pay interest on all the borrowing, and second, to pay back the lenders? Corporations and the rich worry that they might still be taxed to provide those funds. They are determined to avoid such taxes – just as they avoided being taxed to pay for stimulus and bailout programs in the first place.

Austerity is thus capitalists' preferred second policy, a second way to avoid higher taxes as governments struggle with economic crises. Corporations and the rich promote austerity by loudly insisting that today's key economic problems are not unemployment, lost job security and benefits, home foreclosures, and record-breaking inequalities of income and wealth. Rather, the key problems are government deficits and rising national debt. They must be cut.

To do that, taxes should be raised modestly or not at all (to avoid "hurting" the economy). The key solution is thus to cut government outlays on jobs, social benefits, and providing social services. Money saved by those cuts should be used instead to pay interest on the national debt and reduce it.

Capitalism's way of dealing with its recurring crises is thus a remarkable two-step hustle. In step one, massive borrowing funds stimulus and bailout programs. In step two, austerity pays for the borrowing.

This hustle shifts most of the costs of capitalist crises onto the backs of middle- and lower-income people. The shift occurs through the higher unemployment, lower wages, and reduced government services achieved by austerity programs. It occurs as well in the sustained minimization of tax increases –especially on corporations and the rich.

With few exceptions, major political parties everywhere have imposed capitalism's two-step hustle. Only when mass opposition from middle- and lower-income people is sufficiently organized to possibly threaten capitalism itself do capitalists waver and split over borrowing and austerity. Some capitalists then collaborate with that opposition to support "New Deals", instead of austerity.

Even then, once past the immediate crisis, capitalists revert to their preferred policies of borrowing and austerity. US history from 1929 to the present teaches that lesson well.

Capitalists know their system is unstable. They have never yet prevented recurring crises. They rely instead on policies to "manage" them. The two-step hustle – borrowing for stimulus and bailouts and then austerity – usually does the job. Keynesians promote the borrowing and then seem surprised, even outraged, when austerity follows.

Corporations and the rich should not have escaped taxation in the first place because they helped to cause the crisis; they enriched themselves the most in the decades before the crisis; and they can best afford to pay to overcome the crisis. Had they been taxed to pay for stimulus and bailout, no need would have arisen for borrowing or austerity.

Taxing corporations and the rich would have consequences too, but they would generate far fewer social costs and fall mostly on those best able to cope with them.

But any organized opposition strong enough to make corporations and the rich pay for capitalism's crises would likely also question capitalism itself. Emerging from nearly six years of crisis, the question "can't we do better than capitalism?" pushes forward, demanding discussion, debate, and democratic decision.