The Tory campaign relies entirely on your economic ignorance 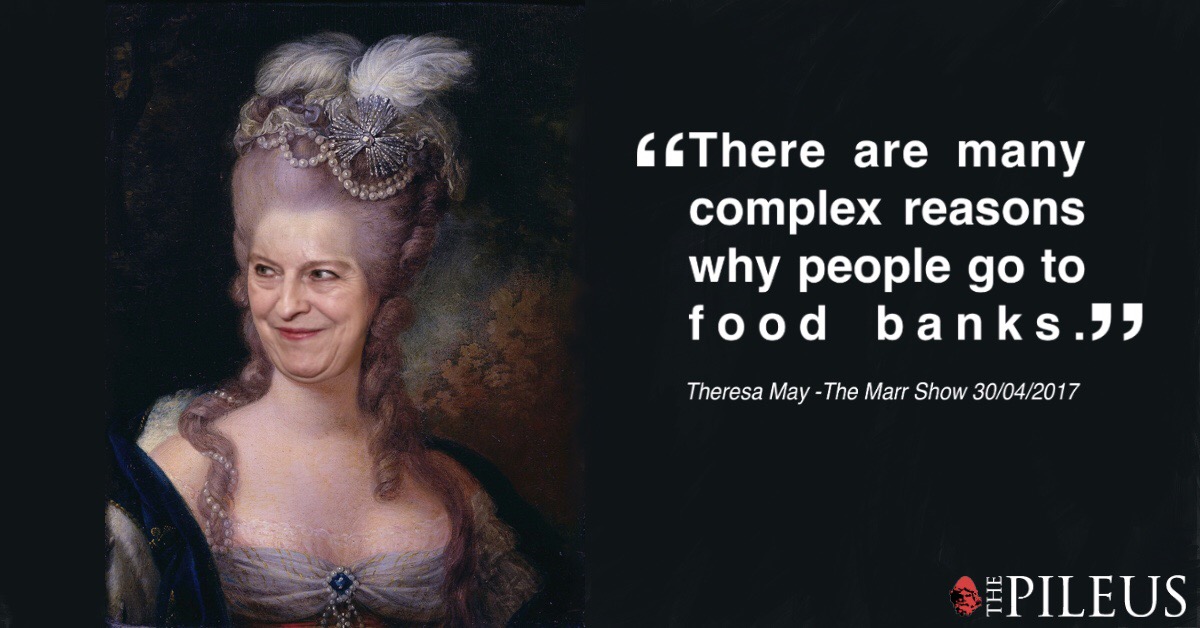 BY PATRICIA PINO | JULY 14, 2017
The General election is exposing the ignorance of politicians and the general public around the subject of macro-economics.

Media pundits have also been hopelessly useless at providing any insight on these issues. Not only do they fail to challenge the ideology that underlines the Conservative Party economic strategy, they reinforce dangerous myths which have no grounding on sound economic theory. This is particularly true on the issue of ‘costing’ of policies.

“There is no magic money tree”
-Theresa May (BBC Question Time)

This riddle was recently posted on the Facebook group “Intro to MMT – Modern Monetary Theory”:

“It is created in an instant. It costs nothing to make it. It can never run out, yet it is the most in demand item on the planet. What is it?”
-Chad Moats

Money of course. It is a tragedy that most of us would struggle to answer this question. Unfortunately, most people do not yet understand the difference between a currency issuer and a currency user. Politicians and media pundits often pretend that this distinction does not exist, but it is the most crucial component of our understanding of macro-economics.

The UK Government is a currency issuer, that means it has sole power over the issuing of Pounds Sterling into the UK economy. When the Government spends it creates money from thin air (free) and injects it into the private sector (that is me, you and all businesses in the UK). The money then circulates and after a number of transactions, it is fully taxed out of existence.

Thus, a sovereign currency issuer like the UK Government has no physical limits on how much money it can create and spend. This is by definition and not a matter of opinion.

“The Pound Sterling is never ‘rare’ or ‘scarce’ by ‘nature’. The pound is a man-made monetary instrument; not a rare commodity found in nature. In the case of British pounds, there is a ‘money tree’ and that ‘money tree’ is the Government of the United Kingdom.”
-Ellis Winningham

This means that it is extremely easy for government to finance public spending. The subject of affordability of a service like the NHS, Education, etc, should never be an issue of availability of money, but rather of availability of real resources. That is, of the labour and raw materials which enable the service to be provided.

Banks create money when they lend

Thus, the amount of money issued by private sector banks is limited by the private sector capacity to pay it back. When people’s incomes fall so does their ability to repay loans.

When the government imposes a constraint on its spending based on an arbitrary fiscal limit, it fails to respond to the needs of the private sector. As a result unemployment (or underemployment) is created and growth slows down. If government spending is reduced further, it causes recession.

The rise of zero-hours contracts, food banks, the fall in real wages and the UK’s chronic low productivity are all symptoms of an impoverished private sector in dire need of investment.

Political Economist Richard Murphy (taxresearch.org.uk) recently shared a video on social media (produced by Make Digital Group LCC) in an effort to dispel the myths about our economy. It relates to the US economy, but it applies with equal validity to the UK:

It is ignorance of the most basic macro-economic theory which so often drives people to vote against their own interest, to blame the vulnerable for their poverty and to exempt the Government from its responsibility of ensuring our well-being. It is also what makes the Conservative Party deny the rising poverty in our society and what drives their cruelty towards the disabled and the sick. Austerity kills. Incompetence and arrogance make for a deadly combination.

In 2010 and then again in 2015 the Conservatives managed to persuade the British public of an imaginary need to ‘balance the books’. By doing so they condemned them to growing levels of destitution, and pushed many working families into poverty. They earned a mandate to neglect our health, our education, our security and our environment. How many times are we going to make the same mistake?

Patricia Pino is an economics commentator at The Pileus. Find more of her writing here. And follow her on Twitter: @PatriciaNPino

This story was originally published on The Pileus.