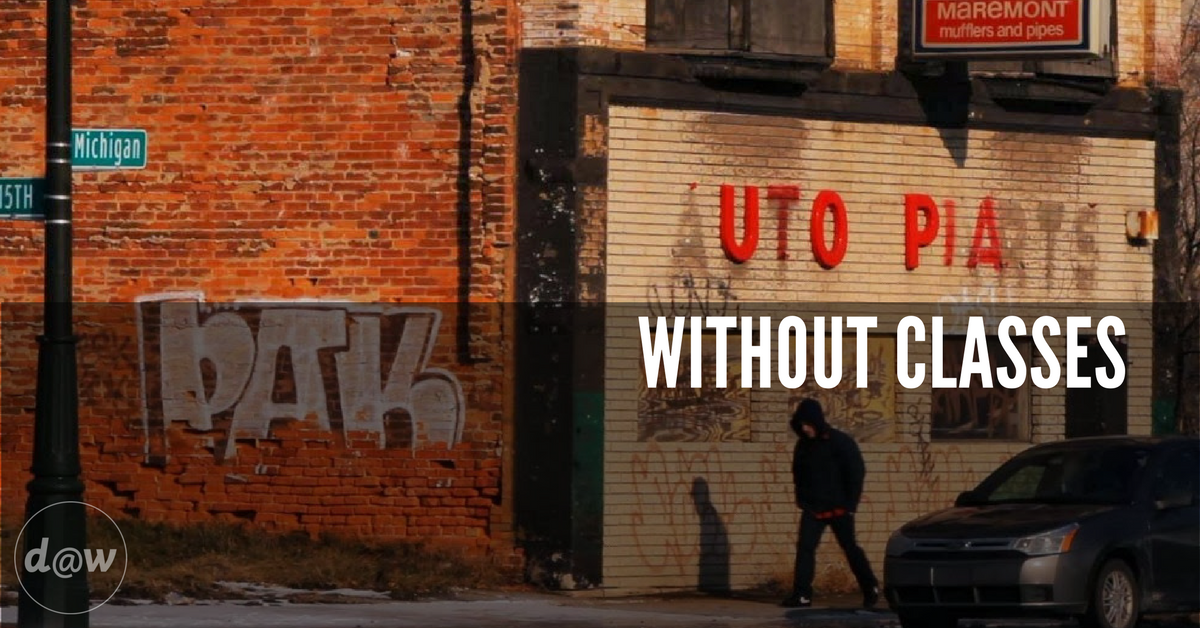 I’ll admit, I’m always intrigued by the discussion of utopia, especially in the midst of the current crises of capitalism. Something has to inspire people to engage in a ruthless criticism of the existing order and to imagine that things can be radically different from what they are.

The idea of utopia may be anathema to certain interpretations of Marxism—the more “scientistic” strands that one finds in the Marxian tradition. But for me, the notion of utopia, especially as it is informed by critique, is central to the Marxian intellectual and political project.

That said, I’m averse to various kinds of utopianism—as against a utopian moment or impulse—that characterize a great deal of modern economics. I’m referring, for example, to the utopianism that can be found within neoclassical economics (i.e. mainstream economics), according to which, in a society based on private property and markets, individual choices can, at least in principle, lead to Pareto efficiency—a situation where no one can be made better off without making someone worse off. That general equilibrium, the perfect balance of limited means and unlimited desires, represents the utopian horizon—in both theory and policy—of neoclassical economics.

You see, the possibility of that perfect balance serves to justify any and all manner of attempts to create the conditions leading to such a utopia. If there are markets, they need to be free of any and all interventions. (Think, for example, of the labor market, which must be shorn of any regulation, such as a minimum wage.) And if there aren’t markets (for example, for financial derivatives), then they need to be created (and kept unregulated) in order to achieve an efficient allocation of resources.

And we know the results of that particular utopianism. Naomi Klein has collected many of the examples—from Pinochet’s Chile to post-Katrina New Orleans—in her Shock Doctrine. And, of course, we’re still living through the devastation of the crash of September 2008. In all those cases, and many more, neoclassical economists and the powers that be outside the discipline of economics have taken as their goal, and sought by whatever means to create the conditions to achieve, the utopia of Pareto efficiency.

Marxism is not such a utopianism. Or better: Marxism as I read it is not based on the kind of utopianism that characterizes neoclassical economics. It does, however, have a utopian moment—a sense that existing forms of capitalism can be and should be criticized and that measures should be taken to move in a radically different, noncapitalist direction.

So, I read with some interest Steven Johnson’s recent discussion of the utopian dimensions of the Bitcoin bubble. His view is that, while Bitcoin and other cryptocurrencies “may seem like the very worst of speculative capitalism” (they are, as far as I am concerned, which I have explained to my students and many other people), the underlying technology of those currencies—the blockchain—represents the open-protocol ethos of the original internet (before it was hijacked by corporate behemoths like Facebook, Google, Amazon, and Apple).

"Right now, the only real hope for a revival of the open-protocol ethos lies in the blockchain. Whether it eventually lives up to its egalitarian promise will in large part depend on the people who embrace the platform, who take up the baton, as Juan Benet puts it, from those early online pioneers. If you think the internet is not working in its current incarnation, you can’t change the system through think-pieces and F.C.C. regulations alone. You need new code."

Sounds good. The problem with Johnson’s code-based egalitarian promise is that it looks a lot like the utopianism of neoclassical theory. It’s all about “self-sovereign” individual identities and decentralized transactions, exactly the kind of world envisioned by neoclassical economists, from Carl Menger, William Stanley Jevons, and Léon Walras through Gérard Debreu, Kenneth Arrow, and Paul Samuelson right on down to Olivier Blanchard, Greg Mankiw, and Richard Thaler. The world they all imagine is populated by individuals who have something to sell: time or goods in the case of neoclassicals, attention according to Johnson. And if property rights are secured and voluntary transactions completed, a free-market utopia can be achieved.

But there are no classes—and therefore no class exploitation or class struggles—in those neoclassical and blockchain worlds. There’s lots of freedom but no freedom from the conditions and consequences of one class exploiting another class. There’s even the utopian promise of equality. But equality among individuals in the world of market exchange and blockchain platforms is perfectly compatible with the extraction of a surplus by one class from another.

Criticizing class exploitation and working to finally eliminate it form the utopian dimensions of the kind of project that interests me.