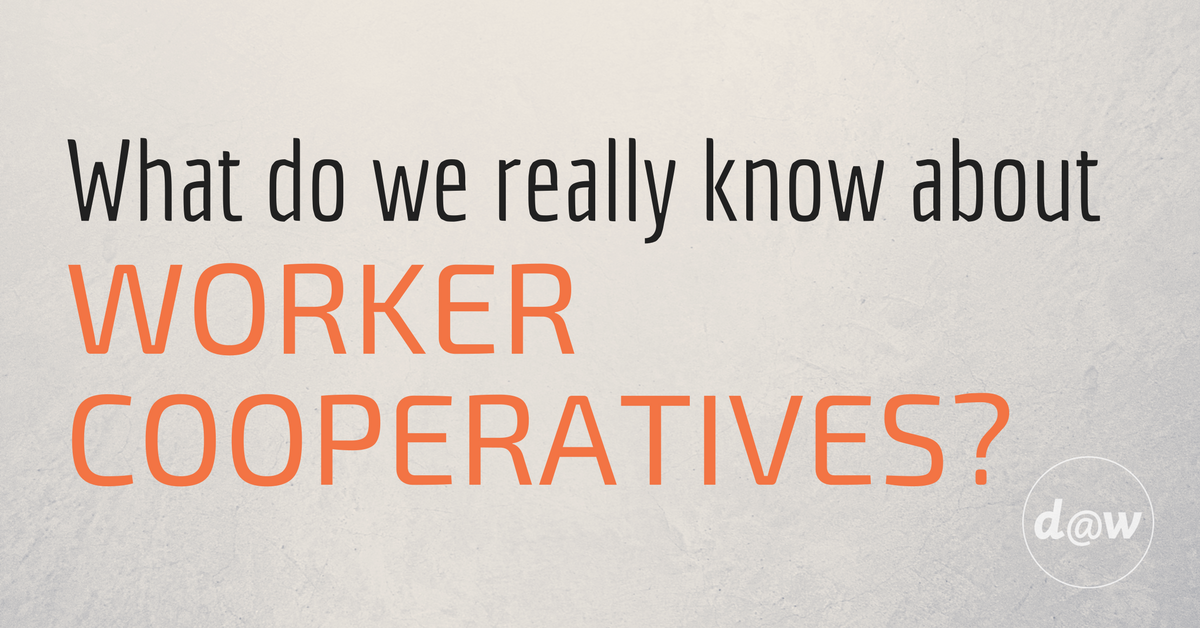 Professor of Economics Virginie Pérotin at the Leeds University Business School specializes in the effects of firm ownership and governance on performance, worker cooperatives, employee ownership, and profit sharing. She has also acted as a consultant to the European Commission, World Bank and OECD on issues of profit-sharing, employee ownership, and employee involvement schemes.

Pérotin recently dissected two decades' worth of international data on employee-owned and managed cooperatives in the U.S., Latin America, and Europe and compared them with normal businesses.

In her groundbreaking report, What do we really know about worker cooperatives?, she debunks some of the most common assumptions about the size, performance and productivity of cooperatives—i.e., democratically operated and self-managed enterprises.

In the study—the largest of its kind comparing the productivity of worker cooperatives to top-down traditional companies—Perotin concludes, "worker cooperatives are more productive than conventional businesses, with staff working 'better and smarter' and production organized more efficiently."

The main findings from the report are:

To access the full copy of What do we really know about worker cooperatives?, published by Co-operatives UK, please visit here.