Why No Sustained Protests (Yet)? 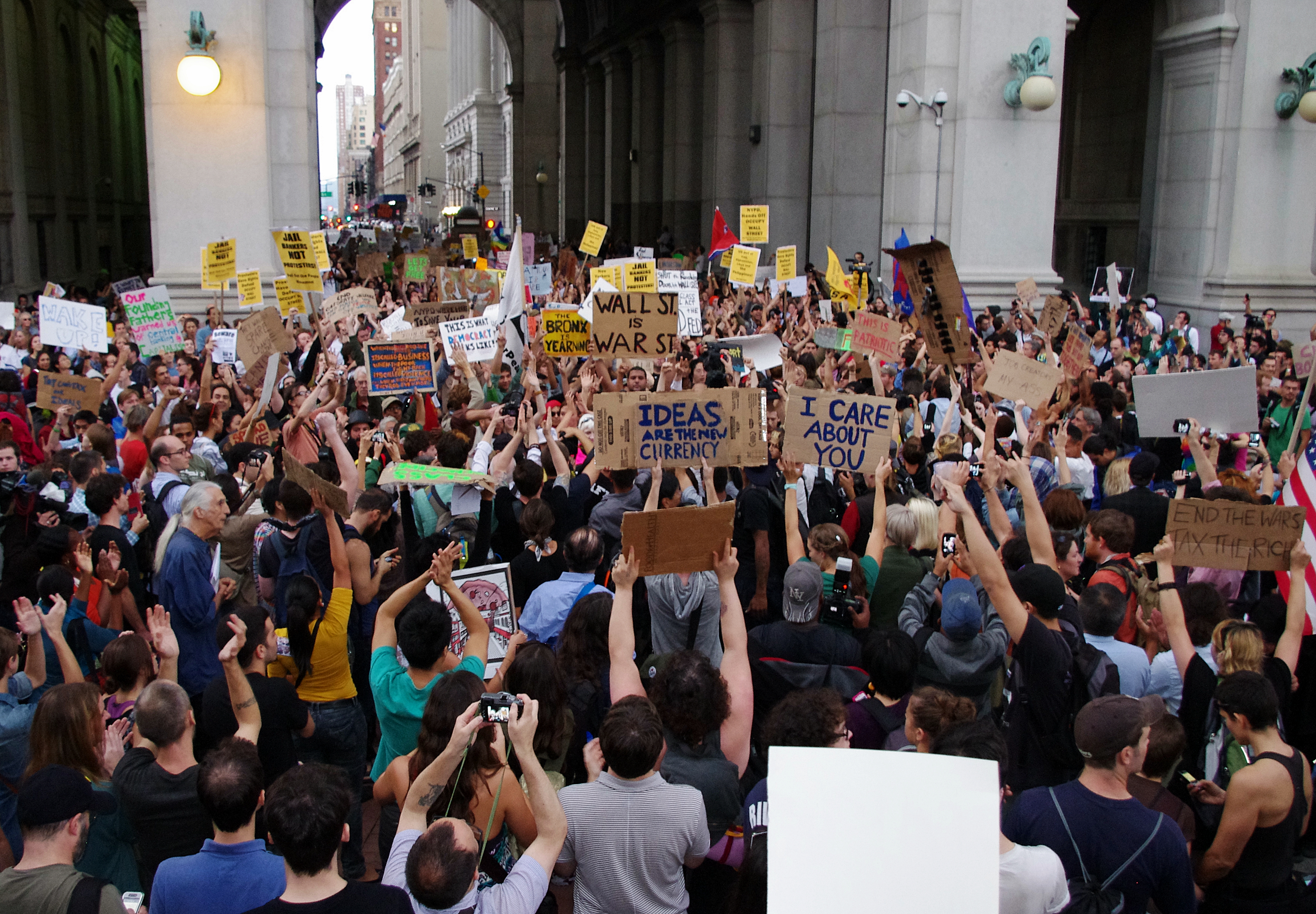 The organized post-1945 destruction of the New Deal coalition - unionists, socialists and communists - and the failure to replace those organizations help explain the muted reaction to the bailouts, austerity and other anti-democratic policies pursuedby US governments at all levels.

The post-1945 destruction of the New Deal coalition - unionists, socialists and communists - keeps influencing Americans' lives. Today, its effects help explain why popular actions have been so muted against US economic changes since the 1970s and especially against the bailouts and austerity since the crash of 2008. Those effects also suggest what could reignite sustained protests and demands for change.

First to be destroyed after 1945 were the communists. Coordinated attacks came from business, conservatives, government and media. Most academics and liberals (including many who had supported the New Deal coalition) were complicit in that destruction. Once again we witnessed that old repressive tool: rebranding domestic social movements as mere agents of an evil foreign puppet-master. More important, demonizing the communists served to tar other social criticism that included the capitalist economic system with much the same brush.

Second went the socialists, largely destroyed by being rebranded as fronts, dupes or simply equivalents of communists. In many places, even liberals who rejected socialists and communists were nonetheless equated to them. The persistent purging of the New Deal coalition traumatized the next two generations. By treating criticism of the economic system as "un-American," the purges made blindly uncritical celebration of capitalism proof of one's loyalty. Obligatory for career advancement and personal safety, that celebration disciplined politicians, journalists, and academics alike for the last half-century.

Third to be destroyed were the Congress of Industrial Organizations (CIO) and unionism generally (later AFL-CIO etc.). They declined steadily for most of the post-war period. Unions had provided the mass base for the coalition and the New Deal. Union members' votes lay behind Roosevelt's turn toward taxing corporations and the rich to fund Social Security, unemployment compensation, the federal jobs programs and so on. Thus, for employers after 1945, attacking unions complemented their assaults on socialists and communists; all three coalition members had strengthened workers in conflicts with employers.

Destroying the New Deal coalition dissolved the complex, multi-layered networks of people who had built it. Those networks had also developed and disseminated criticisms of capitalism and explored alternative systems. After 1945, many coalition members "became less active" and many simply quit. Left political parties atrophied or collapsed. Unions split and weakened as they fought internally over politics and their historical alliances with Socialists and Communists.

Destroying the New Deal coalition also drove its members to stop talking among themselves and with others about issues that once excited their intellects and passionate commitments to social change. Friendships, marriages and especially social organizations, begun or built on shared thoughts, conversations and activism, often withered or died. It became dangerous to criticize capitalism to fellow workers, friends, neighbors, or even relatives. Critical insights into capitalism's evolution faded from public debate and consciousness not only because they were censored from above, but also because the coalition's interpersonal networks generating those insights disintegrated.

Once disconnected, coalition members and those they had inspired lost their identities as parts of a vast social movement with history-changing achievements. Individual critics of capitalism came increasingly to believe they were few, isolated and alienated from a society that uncritically celebrated capitalism. Such beliefs undermine efforts to mobilize collective protests or movements for social change.

Those beliefs, especially when pervasive and unchallenged, also impress former activists' children. Notions of both the danger and/or futility in trying to change society seep into "common sense." They become taboos persistently blocking collective protest even when capitalism stops delivering the goods and substitutes "the bads." The explosive solidarities in Arab Springs, Occupy Wall Street and its offshoots, Velvet Revolutions, and so on, reflect pent-up oppositions and resentments against the taboos established by previous political repressions. However, to achieve more than temporary flashes of resistance that lapse back into relative quiescence, key lessons of prior repressions must be drawn.

One chief lesson now is the importance of organization. Americans don't collectively protest capitalism's cyclical instability and its massive costs in part because they lost organization, networks and their benefits. Lingering effects of wrecking the New Deal coalition still block unions and left social movements from solving problems of self-organization and organizational alliance.

Of course, organizations can rot or betray their organizers and purposes or rigidify into dictatorships. There are grounds for skepticism and caution about organizations. Nonetheless, the deepening inequalities inside the United States led by capitalism's evolution since the 1970s will keep to their disastrous course unless and until their victims and opponents build an organized coalition. This next coalition needs to relearn and update the methods used so successfully in the 1930s and first half of the 1940s and yet also do better.

Many commentators, myself included, responded to the global crisis of capitalism since 2007 with analyses of its causes, depth and longevity and proposed changes needed to end the crisis and prevent its recurrence. The debates over these topics are rich and important. Yet they often ignore matters of organization or even proceed as if concern with organization somehow sullies the purity of analytical and policy discussions. In the United States today, austerity continues to be government's response to crisis, even after years of profound criticism, less because it suits major corporations and the rich and more because no organized and sustained opposition makes austerity politically impossible.

True, little is gained from sterile debates over whether program or organization is the "more" important object for activists. The point is that disorganization is now a major weakness. The United States left fell victim to recurring repressive demonizations of programs, individuals and especially organizations with anti-business and anti-capitalist objectives. To revive left protest on a scale comparable to the 1930s would require rebuilding the multiple, complex layers of connection among diverse components of the left (including those with such objectives).