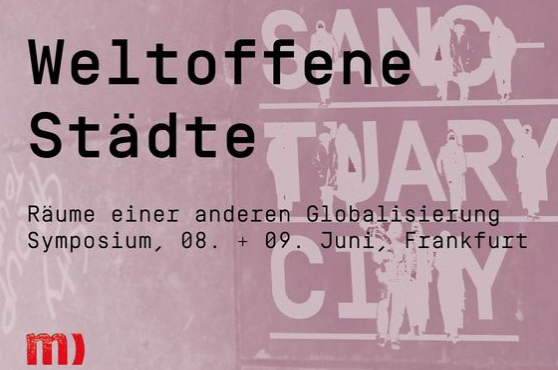 Over the past few months, the European Union and many countries around the world escalated their regime of foreclosure and partition: borders have been closed, laws have been tightened, fears have been raised, civil rights have been overruled. However, below the level of national state politics civil society initiatives and municipalities are living a different idea of globalization. In this way, municipalities declare themselves ready to become “Sanctuary Cities”. They open up rooms of mutual assistance among strangers as connecting points for the democratic organization of a transnational community. Starting from this solidarity practices, the symposium will discuss perspectives for a different, really cosmopolitan Europe. The opening speech on Thursday evening is held by Prof. Dr. Gesine Schwan, who recently presented a groundbreaking proposal for the Europeanization of refugee policy and the fair financing of the necessary infrastructure.

Peter Cachola-Schmal, architect, Director of the German Museum for Architecture (Frankfurt), Curator of the Exhibition “Making Heimat”, German Pavilion in the Architectural Biennale of Venice 2016

Opening: Globalization from below.

A Case for Another Citizenship: Helene Heuser