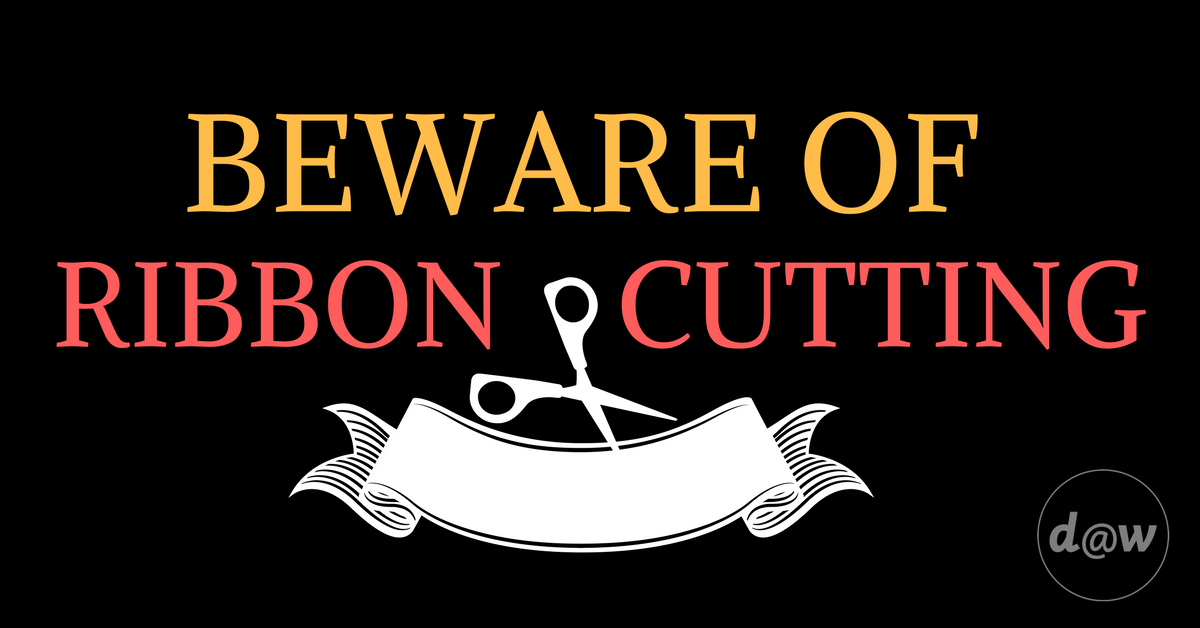 Paul Ryan, who made his name by speaking out vociferously about the need to “reform” (in other words, slash) “entitlement spending” when the dole benefits the poor, the old, and the sick, is actually in favor of a hand out. A hand out to the tune of $3 billion, that can fill the coffers of Foxconn, a Taiwanese tech company. Foxconn is promising to create 3,000 jobs in Wisconsin, Mr. Ryan’s state, in exchange for 15 years of special tax breaks, known euphemistically as “incentives”, or perhaps more accurately, subsidies. And the Wisconsin State and local governments involved may not only be footing the bill for these kickbacks, it also appears that taxpayers would be responsible for cleaning up any dredge that gets dumped into their water supply. Even if that weren’t the case, Wisconsin will be paying around $1 million for every single job that Foxconn is promising to create. (Foxconn says that the site “has the potential to employ up to 13,000 people”, but they are only obliged to create 3,000 under the deal).

Unfortunately, this isn’t just happening in Wisconsin. This isn’t just a policy of the Republican Party. Subsidizing Corporate America has been a policy of both parties, at every level of government, for decades. This isn’t only a product of neoliberal ideology or the pressures of globalization. It isn’t only the product of campaign-finance related corruption. It is also the product of fear and an incredible lack of imagination. A politics of crisis management,where public officials wind up begging companies to stay in their country, their states, their counties, their cities and their towns. They beg manufacturers the most, but they even shell out subsidies to companies that couldn’t possibly move, such as retail chains and hotels. And they do this at a ridiculously excessive rate, getting involved in a proverbial race to the bottom. According to an extensive review of local subsidies by the New York Times (2012), U.S. States, Counties, Cities and Towns send $80 billion per year to corporations. That’s $9.1 million per hour.

In many cases, corporations haven’t upheld their part of the bargain. For instance:

"For years, mayors and governors anxious about local jobs had agreed to G.M.’s demands for cash rewards, free buildings, worker training and lucrative tax breaks. As late as 2007, the company was telling local officials that these sorts of incentives would “further G.M.’s strong relationship” with them and be a “win/win situation,” according to town council notes from one Michigan community. Yet at least 50 properties on the 2009 liquidation list were in towns and states that had awarded incentives, adding up to billions in taxpayer dollars, according to data compiled by The New York Times. Some officials, desperate to keep G.M., offered more. Ohio was proposing a $56 million deal to save its Moraine plant, and Wisconsin, fighting for its Janesville factory, offered $153 million. But their overtures were to no avail. G.M. walked away and, thanks to a federal bailout, is once again profitable. The towns have not been so fortunate, having spent scarce funds in exchange for thousands of jobs that no longer exist."

The time has come for us to get Corporate America from welfare to work. Companies may be lauded as job creators, and sometimes they are but the handouts firms like GM expect are too expensive; assurances that they’ll uphold their part of the sweet deal are too shaky. Sharpen your metaphorical pitchforks, because if we can get these companies off the dole we’ll be able to create jobs more efficiently, without sacrificing the wellbeing of the people who work them, without sacrificing the environment, and without sacrificing public services.

Even some officials involved in negotiating these deals are critical of them: “I just shake my head every time it happens, it just gives me a sick feeling in the pit of my stomach,” said Sean O’Byrne, the vice president of the Downtown Council of Kansas City. “It sounds like I’m talking myself out of a job, but there ought to be a law against what I’m doing.”

Let’s pass that law. Let’s pass it at the city level, from Los Angeles to Kansas City; let’s pass it at the state level, from California to Texas. And let us take this as the immense opportunity that it is. The total amount local governments spend on these subsidies, 80 billion dollars a year, is a monumental sum of money and it could be put to much, much better use. But how?

In fairness to corporate welfare, not all corporate subsidy deals are negotiated as poorly as the Foxconn deal was. On average, these programs entail spending roughly $112,000 per job.  Nevertheless, spending between $30,000 and $40,000 on the creation of 5, 10 or 15 jobs is a hell of a lot better than spending $100,000 dollars creating or keeping one job in a community.

Gains in efficiency notwithstanding, the long-term effectiveness of such a jobs program will be easier to guarantee than a deal with General Motors, Foxconn, or Google. This is for a number of reasons. What often happens with local subsidy programs is that companies move to places in order to take advantage of them, and then move elsewhere when they expire. Worker cooperatives, on the other hand, are rooted in the communities where they get started, because workers usually don’t want to vote themselves out of a job. Worker cooperative development is not only a great way to prevent outsourcing. It also may be our only hope in preempting what may be the greatest threat to the jobs and livelihoods of working people. The threat of automation.

Depending on what reports you believe, automation may lead to structural unemployment (that is to say, unemployment that isn’t even reduced when the rest of the economy is doing well) of 47% to 75% by mid-Century. Nearly half to three quarters of American workers could find themselves “redundant”, out of work, and unable to provide for themselves. This is according to the International Business Times, hardly a socialist paper. By comparison, during the worst days of the Great Depression, the unemployment rate was 25%. It’s difficult to forecast these things, and the same technologies that eliminate millions of jobs may also create millions of others. Nevertheless, even if millions of new jobs do get created by driverless cars or completely robotized factories, there would need to be tens of millions of new jobs in order to offset the losses. Regardless of how optimistic you are about our ability to adapt to new technologies, you’ll probably agree that we’re better safe than sorry.

Playing it “safe” does not mean going into a Luddite rage and smashing all of the beautiful new technologies that will emerge. (Tempting though it may be to those of us, including me, who like kerosene lamps and Frank Sinatra records). It means changing how we work, and how workplaces are governed. Worker-members will never vote themselves out of a job. If, for instance, a taxi company has the option of purchasing driverless cars and firing it’s taxi drivers, all rhetoric about the company being a family notwithstanding, it’s corporate board will primarily be concerned with how to do right by the investors. This isn’t to say that the individuals on the board are particularly monstrous people. It’s just that they’re part of a system that prioritizes short-term profit over the wellbeing of people. They’d probably automate, and lay off the taxi drivers. But if that same taxi company were owned and run by the taxi drivers, they may choose to do one of two things, or some hybrid (pun intended). They may choose to get the driverless cars, but continue paying themselves the same wages, the same benefits, and the same share of the profit they were previously paying themselves. They can use this extra income as they look for other jobs, become artists, writers, explorers, you name it. On the other hand, they could decide that they wouldn’t get the driverless cars, and they may continue driving folks themselves. This might also be a perfectly viable option, depending on the sector, and the ability of humans in one firm to compete with robots in another.

Now there are some arguments that people make against each option. One argument people make against the first is that automating and continuing to pay yourself would really mean making unearned income. Let’s be honest about unearned income. There’s already plenty of it in our economy, and its fruits mainly go to trust-fund babies. If some taxi drivers can get in on the leisurely action, that’s only fair. The argument against the second option is that this is inherently bad since it would slow down technological progress. Technological progress for the sake of technological progress is questionable. Technology isn’t innately good simply because it is technology, but only insofar as it benefits humanity. The coming technological advances of the twenty first century can be harnessed to destroy us or save us. It can be used to liberate us or enslave us. It can be used to enrich us or to impoverish us. We must all have the right to help determine how this technology is used. Democratizing the workplace is a key way to gain that right.

Some strangers to the idea of workers self-management may wonder if ordinary working people have the capacity to democratically run an enterprise successfully. In America, there are hundreds of worker cooperatives, from Arizmendi Bakery in the San Francisco Bay Area to New Era Windows in Chicago, from Collective Copies in Western Massachusetts to New York’s Home Health Care Cooperative. The tenth largest company in Spain, Mondragon, is a federation of worker cooperatives. There are also large worker cooperative sectors in France, Italy, Argentina, Mexico, and Canada, to name a few countries. Virgine Perotin, of Leeds University Business School found that worker cooperatives have higher productivity than conventional businesses. This may be due to the fact that coop workers are more motivated since they own a stake in their workplace, and hence produce more. The key thing is that, from the outside, a worker cooperative is a business just like any other business. The differences can be found on the inside.

Ultimately, empowering working people to run their own workplaces, to free themselves of the whims of a corporate elite, to stop outsourcing and to harness automation for the benefit of the people is a task we need to devote ourselves to. It can all begin by challenging the practice of corporate welfare at the levels of government most susceptible to our voices, i.e., the state and local levels. In most states, municipalities and towns, voters can decide the future fate of subsidies through ballot measures. The Participatory Budgeting Process also has a great deal of potential. Nevertheless, it’s time to challenge the cozy relationships between governments and corporate entities. It’s time to end a wasteful policy, it’s time to stop acting out of panic and fear, and to start developing a coherent, efficient, effective job creation policy. No more coddling the board rooms; it’s time for workers to unite and strike back by creating their own jobs, on their own terms. Through local action and national coordination, we can transform our economy for the better. Let us commence!

Simon Fields studies British history at Hampshire College and is a member of Democracy at Work - Los Angeles. He loves nature, classical music, and worker coops.