Capitalism and Its Regulation Delusion: Lessons From the Volkswagen Debacle 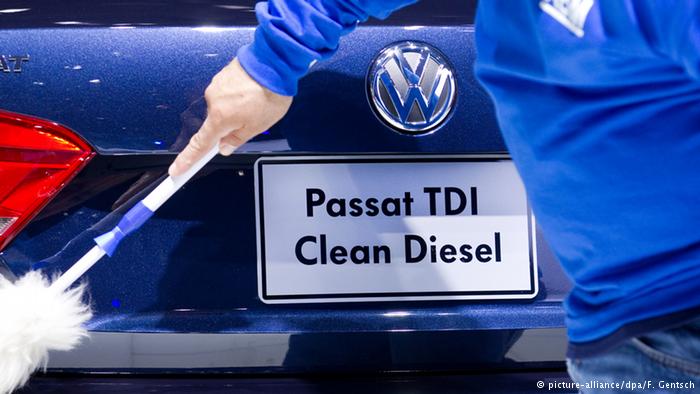 VW's massive evasion was hardly the only socially destructive mockery of regulation. Ford and other auto companies had earlier done the same as Volkswagen, gotten caught and paid fines. Other auto companies have not yet been caught, but similar evidence has surfaced about diesel vehicles produced by Mercedes-Benz, Honda, Mazda and Mitsubishi. Exposures and punishments, if and when they occur, clearly fall far short of dissuading major capitalists from evading regulations. Thus, we now know that General Motors and Toyota did not follow regulations recently requiring notification of government agencies after crashes, injuries and deaths associated with ignitions and airbags, respectively.

As products using computer devices increase, they spread opportunities for similar evasions of regulations. New mechanisms have enabled electrical appliance makers to falsify regulated energy-use tests. Capitalist competition and profit were motivators in these and many other regulation evasions too. The problem is endemic, for example, in the food and drink industry. Since 2008's global capitalist crash, the world has learned of parallel failures of financial regulation with horrific social consequences. Nor is the failed relationship of capitalism and regulation only a US problem; it is global.

The histories of countries where capitalism prevails illustrate an endless cycle of industrial misdeeds provoking the usual struggles over regulation, the profitable delays in achieving regulations followed by profitable evasions of those regulations. Often - as with smoking, genetically modified organisms, lead additives to fuel, etc. - the cycle in one country functions as prelude and provocation to the cycle's nearly identical repetition in another.

The history of regulation follows the same well-worn path in many industries. First, corporations deny the negative effects of their products or technologies when victims or critics expose them. Usually after many profitable years, corporate denials no longer succeed as social movements demand regulations and legislators begin to respond. Then lobbying, bribery and public relations campaigns press legislators to (in the following order) do nothing, do the minimum, do the minimum later, and then phase the minimum in over many years - and provide for industry "self-regulation." The resulting legislative struggles take time and thereby allow for additional years of profitable, unregulated production.

Ceasing to be objects of regulation, capitalist corporations turn the tables and capture the regulators.

If corporate obstruction eventually fails, legislation creates an agency empowered to regulate certain practices, enterprises and/or industries. Immediately, the affected capitalist corporations commence new evasive actions. They lobby, bribe and/or fund public relations campaigns to (a) get their friends into top agency positions, (b) shape exactly how regulations will work, (c) limit the agency's budget to perform regulatory duties, and (d) attack any regulatory official or regulatory activity that is unacceptable to them. Taken together, these tactics commonly result in "regulatory capture," a common term now among journalists, academics and the informed public. Ceasing to be objects of regulation, capitalist corporations turn the tables and capture the regulators. The crooks control the police chief.

All of the above takes time, enabling many years of corporate profits at massive social expense. Occasionally, after all that, if social activism prevails and exposes gross abuses (despite the mass media also controlled by corporate capitalism), real regulation can begin. But then the regulated corporations can resort, as VW did, to outright regulatory evasion that gains them yet more profitable years. If caught, corporations' fines, lawyers and damaged reputations will incur costs that are tiny relative to many years of big profits. The exposed, socially destructive product or technology will then often be abandoned - usually with publicity pretending that capitalists acted from a sense of social responsibility. Corporations then often recoup the costs of that publicity by raising the prices of whatever next products they decide to produce.

Capitalists abandon the exposed products and technologies because (a) their profitability was compromised once regulation actually set in, and (b) new products and/or new technologies open vistas of higher profits for the years between their introduction and when long-delayed regulation finally arrives (if it ever does). Then this absurd delusional tragedy of capitalist production and regulation plays yet again with the new products and/or new technologies. Their social costs will soon emerge, generating victims and critics. Capitalists will show us again that they are driven by profits; caring for the social or natural environment is secondary or absent. Still, some people will again prefer regulating the existing system rather than face the underlying problem: capitalism's intrinsic incentive to cheat for profits no matter the social costs.

Regulation thus represents an enduring delusion (much like taxes on profits that show parallel histories of corporate opposition and evasion). Whether it be "self-regulation," performed by capitalist enterprises or industry organizations, or regulation by government, both amount to applying bandages when the problem is a grave internal illness. Regulations do not successfully correct or repair an increasingly dysfunctional (for the 99%) capitalism. The endless dialectic of capitalism and regulation teaches those not lost in ideological apologies the necessity of system change.

The fundamental contradiction between capitalism and regulation can only be overcome if profit and competition stop functioning as the drivers and standards of enterprise success. They must be demoted to become no more than two among many dimensions of enterprise to be considered in reaching the key decisions about what, how and where to produce and what to do with enterprises' net revenues. Likewise, the decision-makers need to be changed from the capitalist norm. Instead of the tiny minority (major shareholders and the boards of directors they choose) making all the key enterprise decisions, decision-making needs to be democratized. Enterprise decisions need to be made conjointly by all enterprise participants and by residents of communities that interact with the enterprises (much as political decisions in those communities must likewise be made conjointly). The resulting decisions will reflect and serve the working and residential communities. No longer will they serve and reflect primarily the tiny minority that now governs the economy so undemocratically.

Then the conditions will be in place to support production and regulation operated by and for the same communities. The notion of government by, of and for the people will finally have acquired its necessary economic basis, as capitalism joins its predecessor economic systems (slavery, feudalism, and so on) as part of the past.