Why Debates Over the Fed's Interest Rate Miss the Point 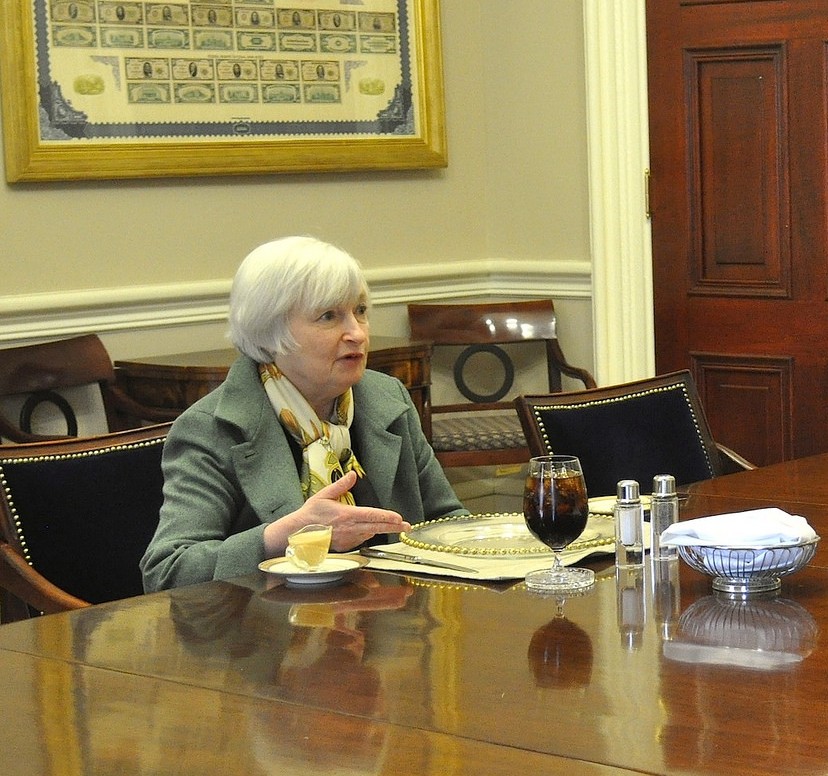 Sometimes public debates focus on important social issues; at other times, debates distract from them. Disputes over whether the Federal Reserve System should raise interest rates illustrate that second sort. Yes, "serious people" take strong positions for or against interest rate hikes. They sharply question one another's motives to spice up what passes for mainstream media economic news. But it is not the debate we could and should have, not even close.

Both sides of that debate celebrate capitalism. They differ only on how best to have government serve the reproduction of capitalism: by leaving it alone, by intervening intensely or somewhere in between. These days they hassle over raising, lowering or leaving interest rates unchanged. The possibility that capitalism - rather than the Fed or interest rates - might be the problem troubles none of these folks. It does not occur to them. Nor is that surprising given the monotonous mantra of academic economics departments and the journalists and politicians trained by them. The orthodox economics professoriate treats capitalism as so wonderful and "optimal" (among their favorite words) that questioning it brings only the momentary scowl of a teacher/priest dismayed by a student's/acolyte's failure to grasp essential, universal, absolute truth.

Yet capitalism is a system of stunning and endlessly recurring instability (named everything from "adjustments" to "disturbances" to "cycles" to "crises" depending on perspective). Recurring economic downturns have plagued the last 250 years of first European and then global history. Before and after John Maynard Keynes, efforts to prevent or overcome that instability while retaining capitalism have all failed. That is why we are now in the badly lingering grip of the latest "crash" in 2008.

The Fed's "low interest rate policy response" to the 2008 crash set in motion consequences that frighten many observers.

That is also why the Fed lowered interest rates so far and for so long that we now debate whether and when to raise them. For it turns out that the Fed's "low interest rate policy response" to the 2008 crash set in motion consequences that frighten many observers. Thus they fear the uncertainty troubling investors who hesitate because they do not know when, how fast and how far rate increases will go. They worry about speculation fueled by cheap loans at historically low interest rates. And they agonize over the risks of inflation if and when low interest rates plus the increased money supply accompanying them were to start a spiral of asset purchases. Those policy consequences might be, they warn, worse than the instability that provoked the interest rate reductions. In short, capitalism's instabilities provoke policy instabilities, and both incur massive social risks and costs.

Yet such is the fealty of debaters to capitalism's "optimality" that no comparison of its instabilities versus alternative systems can enter the mainstream of professional economics discourse. We few dissenters among academic economists merely irritate our colleagues. More effective are the voices coming from outside professional economics. First and foremost are the angry masses who cannot escape poor job conditions and prospects, poor incomes and disappearing benefits, a lack of job security and unsustainable debts. As they get excited by Bernie Sanders and, in another way, by Donald Trump, and in still other ways by Pope Francis' statements on economics, they undermine the self-confidence of a rigid academic economics and the journalists and politicians who recycle it.

Let me here anticipate a criticism of where this article is going. Moving beyond capitalism, critics may insist, is at best a long-term goal, not something applicable or relevant to solving the immediate problems of the current capitalist downturn and what policy actions the Fed should take in response. On the bases of just such reasoning, past responses to capitalist cycles - large as in the 1930s and small as in the 1980s - have always been limited to what Congress did with fiscal policy and what the Fed did with monetary policy. They mostly brushed away systemic analyses or systemic change as solutions.

Yet, neither fiscal nor monetary policies nor combinations of the two accomplished the second of the twin goals every president promised those policies would achieve: 1) exit from economic crisis and 2) prevention of future crises. Given all the future crises we have had - plus now the extreme one since 2008 - debates should have included admissions of the policies' failures and explorations of system changes that might achieve crisis prevention. Instead, mainstream debates have largely been limited, yet again, to disputing specifics of the Fed's monetary policy.

An economic system grounded on worker co-ops as the chief form of enterprise organization would function differently.

An economic system grounded on worker co-ops as the chief form of enterprise organization, and thereby exerting democratic control over government policy, would function differently. It would not likely sit by and allow the simultaneous emergence of unemployed workers, unutilized productive capacity and unmet social needs for output - the way capitalism routinely does. It would mobilize private and government resources immediately to resolve any unwanted interruption in production. It would match hours worked to output wanted - with due deference to the natural environment as well as workers' needs for rest, relaxation and non-productive activities. Everyone would have equivalent hours worked so no "unemployment" would ever need to exist.

In short, business cycles of the sort endemic to capitalism would disappear with capitalism itself. Decisions in enterprises and in residential communities would be governed conjointly via democratic assemblies of workers and community residents. No subset of the population - for example, major share owners and the corporate boards of directors - would any longer make the key economic decisions (what, how and where to produce and what to do with enterprise profits). Their self-interest could no longer shape politics and culture by using or withholding the productive property they own and control. The norms of capitalism today - and especially its instability - would vanish with the transition to a system of economic democracy based on worker co-ops.

A few paragraphs hardly suffice to explain and defend a transition from capitalism to an alternative system. But they are enough to expose the utter inadequacy of a debate now - eight years into capitalism's second-worst crisis among so many - pretending again that system change is not worth discussing, examining or debating.