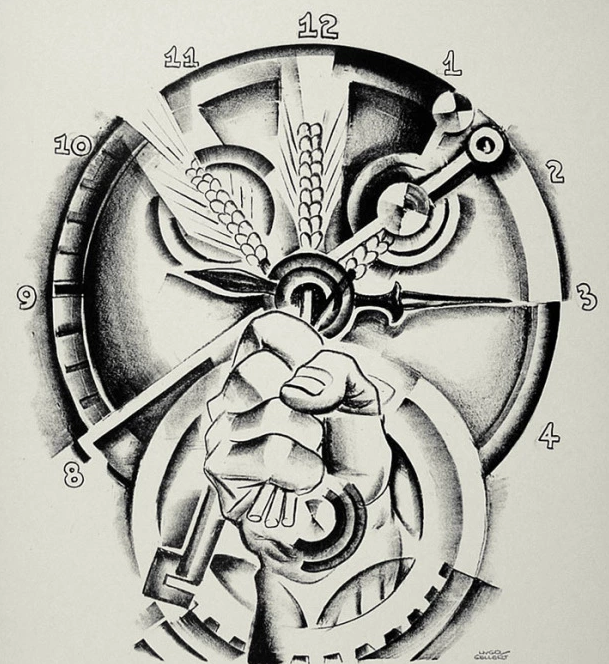 It’s about time someone pointed out the obvious: “Bosses are dictators, and workers are their subjects.”

We generally don’t talk that way, of course. However, as Elizabeth Anderson explains, contemporary workplaces are like private governments, in which employers have dictatorial powers over their workers—and workers have almost no say in how they are governed.

"Like Louis XIV’s government, the typical American workplace is kept private from those it governs. Managers often conceal decisions of vital interest to their workers. Often, they don’t even give advance notice of firm closures and layoffs. They are free to sacrifice workers’ dignity in dominating and humiliating their subordinates. Most employer harassment of workers is perfectly legal, as long as bosses mete it out on an equal-opportunity basis. (Walmart and Amazon managers are notorious for berating and belittling their workers.) And workers have virtually no power to hold their bosses accountable for such abuses: They can’t fire their bosses, and can’t sue them for mistreatment except in a very narrow range of cases, mostly having to do with discrimination."

Dictatorship in the workplace—after workers are forced to freely sell their ability to work in the labor market—seems obvious to me and many other heterodox economists. But it’s certainly not obvious to mainstream economists, who like their classical predecessors continue to celebrate the freedom and mutual benefit of wage contracts and the efficiency of firms that are ruled by the representatives of the property owners.*

What is even more interesting, at least to me, is the way Anderson mentions the issue of time and then seems to let it slide.

Here’s how she begins her essay:

"Consider some facts about how American employers control their workers. Amazon prohibits employees from exchanging casual remarks while on duty, calling this “time theft.” Apple inspects the personal belongings of its retail workers, some of whom lose up to a half-hour of unpaid time every day as they wait in line to be searched. Tyson prevents its poultry workers from using the bathroom. Some have been forced to urinate on themselves while their supervisors mock them."

But then Anderson, after mentioning “time theft,” moves on to the various ways employers exercise dictatorial control over their workers and forgets about time. But isn’t time what the employer-worker relationship is all about—the reason that employers act like dictators and workers are forced to surrender almost all their rights while they are working?

What is mostly absent from Anderson’s analysis is time, especially the distinction between necessary labor-time and surplus labor-time. During part of the workday, employees—whether at Walmart, GM, or Google—work for themselves, and thus receive a wage equal to the value of their ability to work. But they continue working and during those extra hours they aren’t working for themselves, but for their employers. That’s time that’s stolen from the workers, which forms the basis of their employers’ profits.

So, the real “time theft” is not what workers do to their employers, exactly the opposite, what employers do to their workers—when, after necessary labor-time is completed, workers are forced to have the freedom to engage in surplus labor-time.

Thus, when Amazon workers exchange casual remarks while on duty, they’re cutting into the surplus labor-time due to their employers. The half-hour Apple workers wait in line to be searched, for which they are not paid, is a way of making sure that particular activity doesn’t cut into the surplus-time due to their employers. By the same token, when Tyson prevents its’ poultry workers from using the bathroom, who are then forced to urinate on themselves, less time is being spent engaged working for themselves and more for their employers.

In other words, under conditions of workplace dictatorship, time is stolen from workers to  benefit their employers.

Furthermore, because employers, and not workers, are the ones who appropriate the benefits of surplus labor-time, it puts workers in the position of continuing to be forced to have the freedom to sell their ability to work and to submit to the dictates of their employers.

Thus, “time theft” is both a condition and consequence of the private dictatorship of employers in the workplace.

A whole book could in fact be written about this idea of “time theft,” inside and outside the workplace.

For example, inside the workplace, new technologies have the effect both of allowing time to slip out of employers’ grasp—as, for example, when workers appear to be working at their desks but, in fact, are surfing the internet or catching up with friends and family members on Facebook—and allowing employers to tighten their grip—especially when it permits control over the pace of work and new forms of surveillance. Technology seems to cut both ways when it comes to “time theft” in the workplace.

But “time theft” is also important outside the workplace. Consider, for example, the standardization of time—which robs many of us of local traditions of time—as well as the fact that there is a large and growing gap in life expectancy between those at the top and bottom of the economic scale—which means time is being stolen from the poor and distributed to the rich.

I could go on. The important point is “time theft” is an ongoing problem of contemporary capitalism, both within the dictatorship of the workplace and in the seeming democracy of our lives outside of work.

It’s time someone wrote that book.