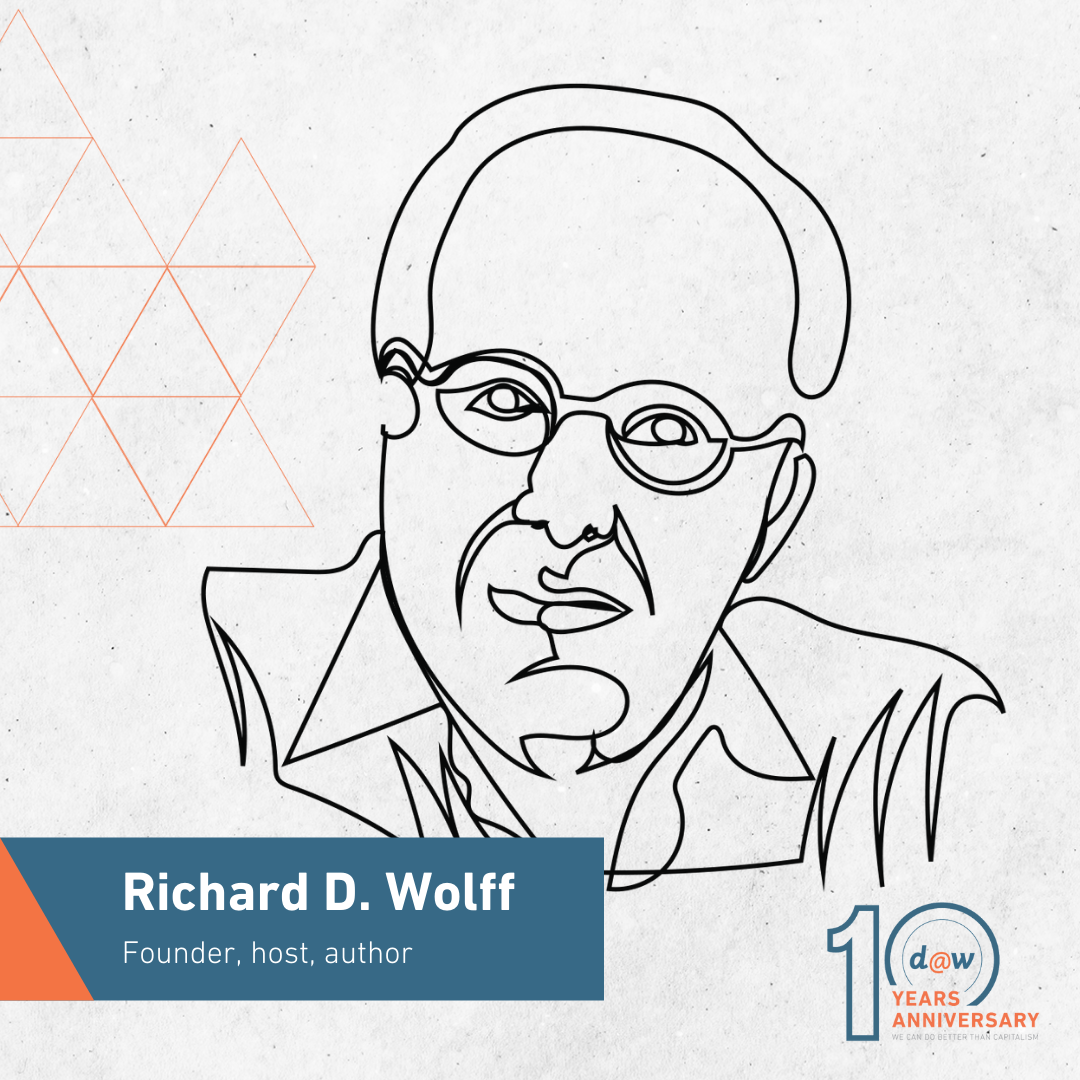 Host of Economic Update and Global Capitalism
Author of Understanding Marxism, Understanding Socialism, The Sickness is the System
Richard Wolff is Professor of Economics Emeritus, University of Massachusetts, Amherst where he taught economics from 1973 to 2008. Earlier he taught economics at Yale University and at the City College of the City University of New York. Wolff was also a regular lecturer at the Brecht Forum in New York City. He is currently a Visiting Professor in the Graduate Program in International Affairs of the New School University in New York City. 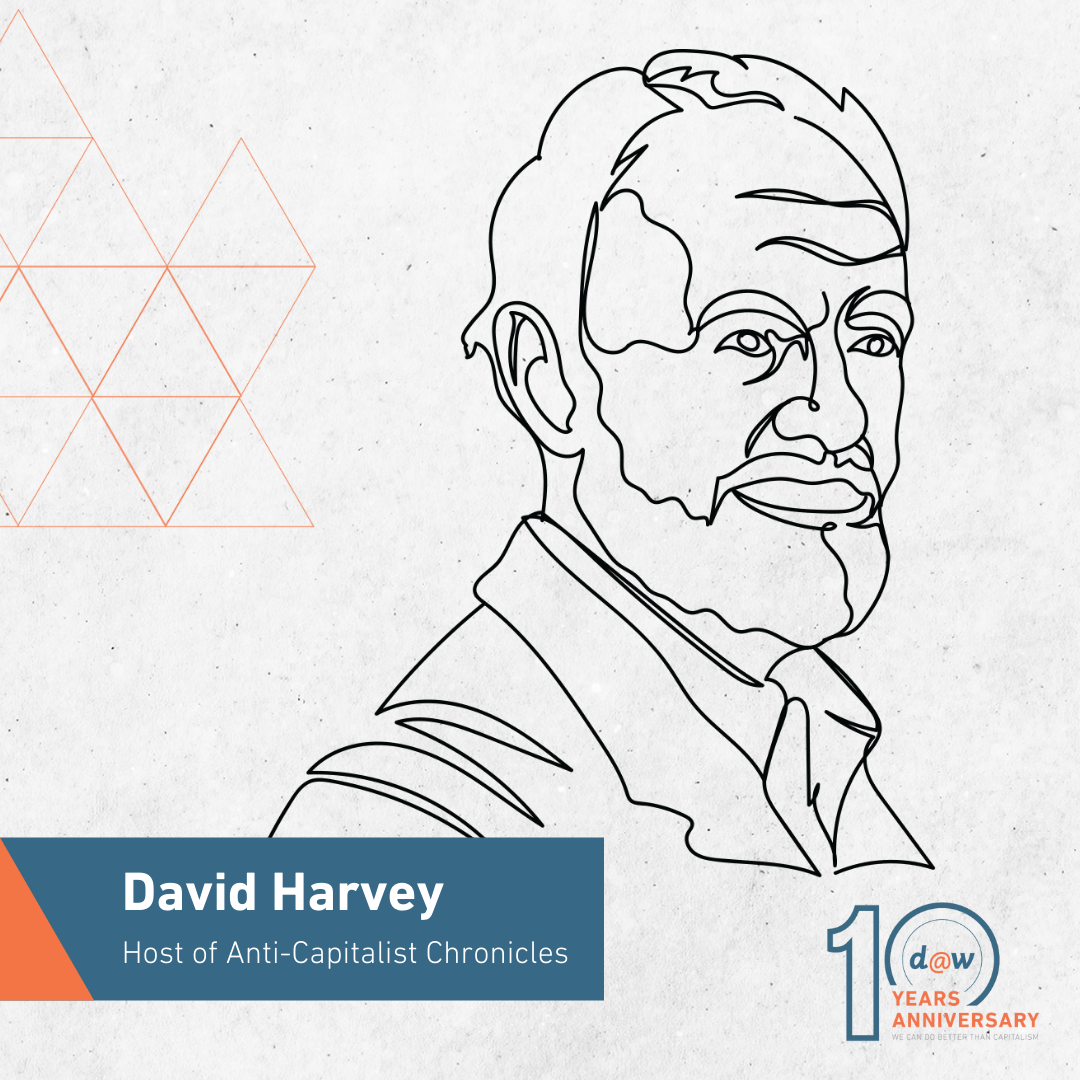 Host of Anti-Capitalist Chronicles
David Harvey is the foremost Marxist thinker about political economy and has been teaching Karl Marx's Capital for over 40 years. He currently teaches at the Graduate Center of the City University of New York. Prof. Harvey has written extensively on the significance of Marx's Capital for understanding contemporary capitalism, and will be presenting this knowledge and more to his podcast audience. 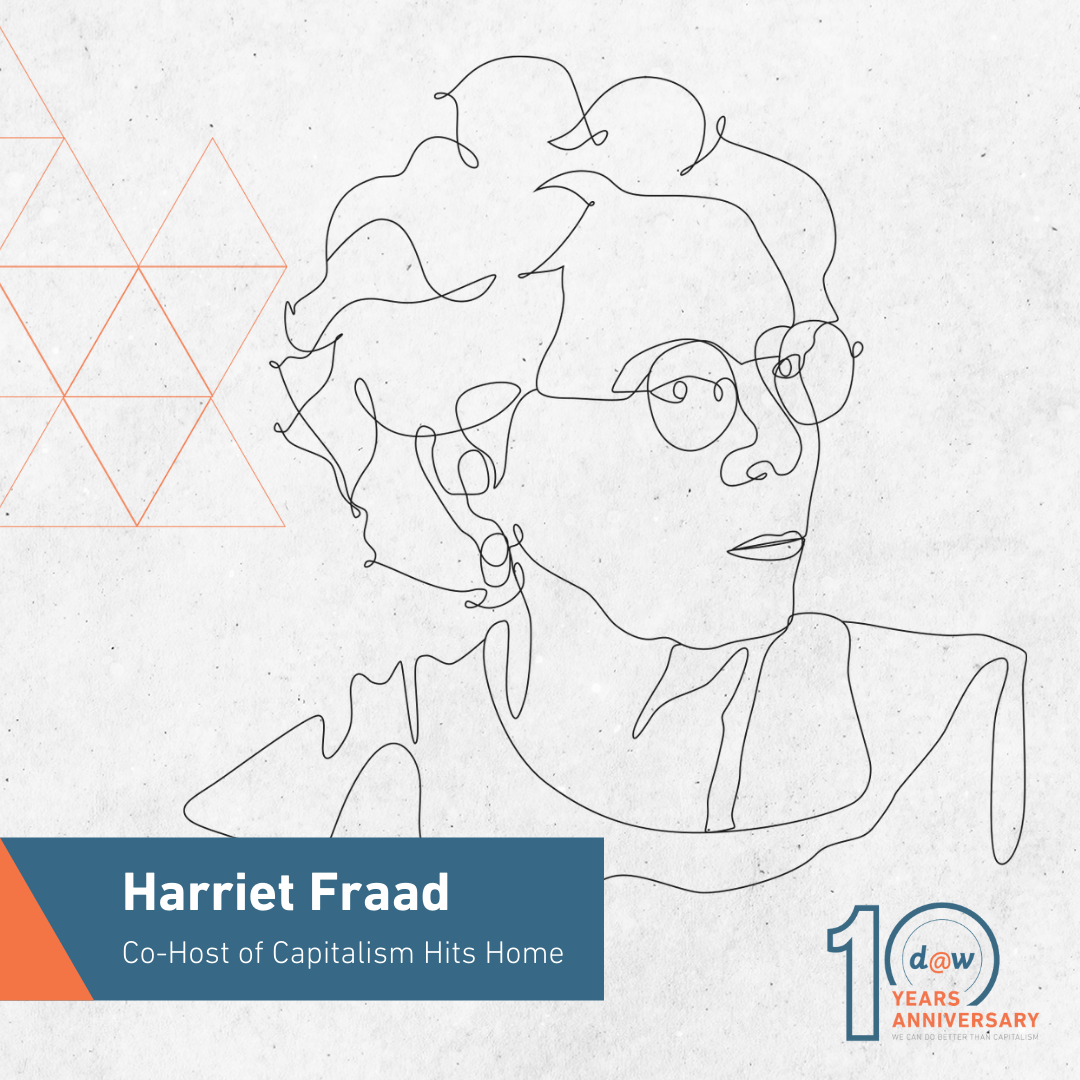 Host of Capitalism Hits Home
Dr Harriet Fraad is a Mental Health Counselor and Hypnotherapist in private practice in New York City. Dr. Fraad was a founding mother of the Women’s Liberation Movement in New Haven, CT. She writes and speaks on the intersection of politics, economics and personal life in the USA. She appears regularly on ActTV, Women’s Spaces on WBBK, Sonoma County and North San Francisco, and MK Mendoza, on KSFR, New Mexico. Her latest written work appears in Knowledge, Class and Economics. NY: Routledge 2019. Her work can be found on her website, harrietfraad.com. 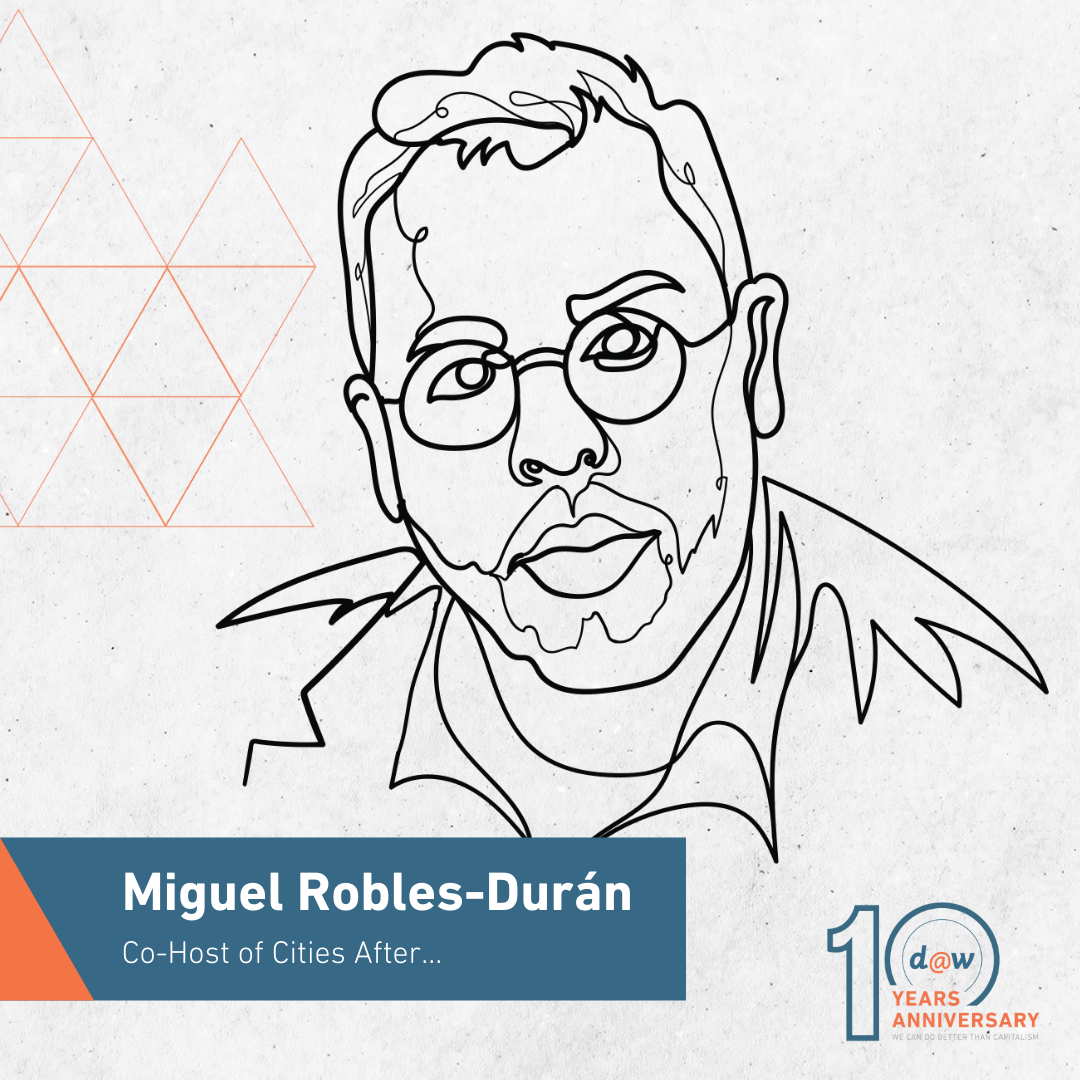 Host of Cities After...
Miguel Robles-Durán is an urbanist with expertise in the design and analysis of complex urban systems and urban political-ecology. He is an associate professor of urbanism and director of the graduate urban programs at The New School / Parsons School of Design in New York City. Robles-Durán is a founding member of Urban Front, a transnational consultancy focused on helping progressive public and social sectors address critical urban issues including housing rights, environmental justice, public health, cultural action, sustainable infrastructure and political strategy. 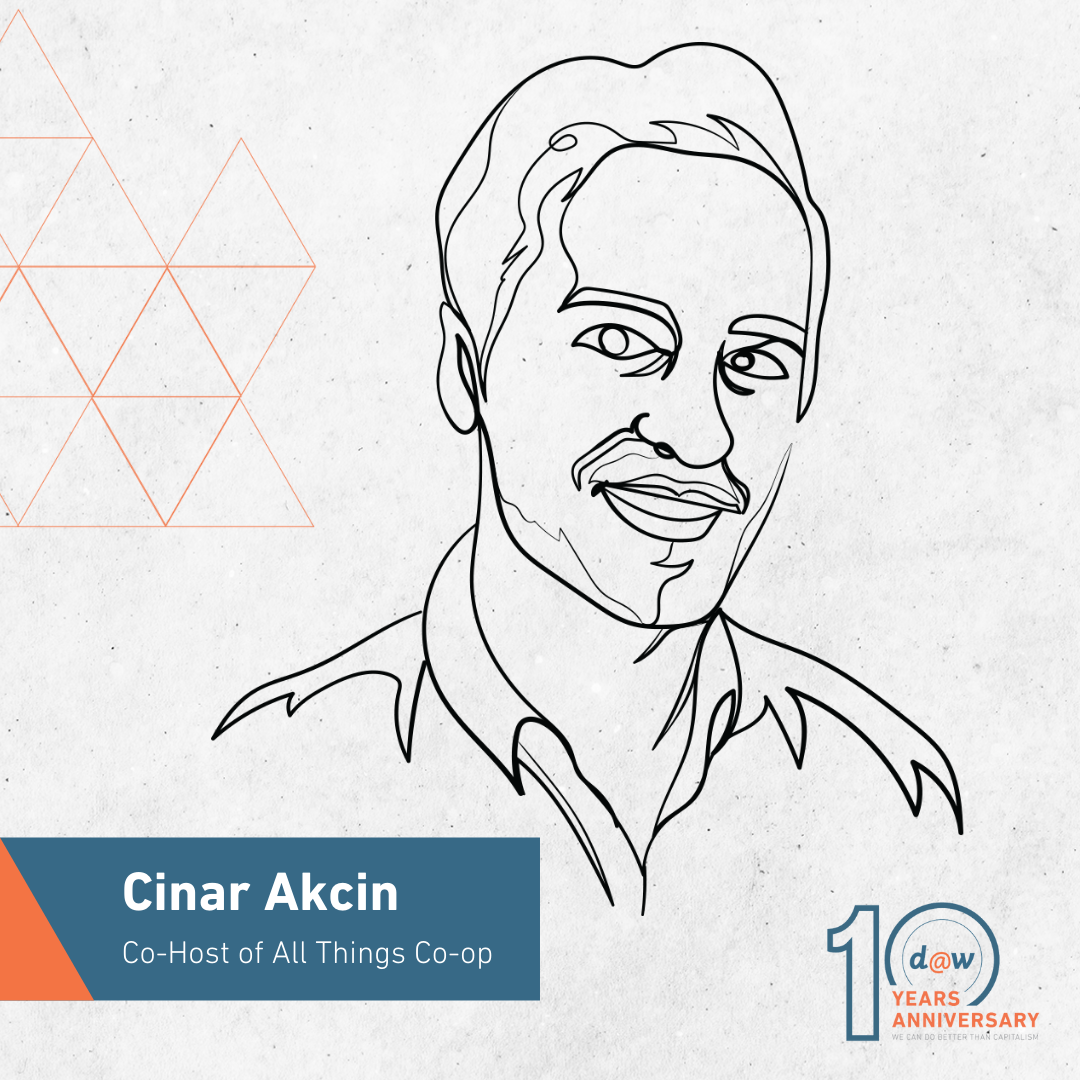 Co-Host of All Things Co-op
Cinar Akcin is an international development economist, activist and writer. Cinar has worked in more than 20 countries in the Global South, improving livelihoods and employment through support for small businesses. He has also worked with numerous progressive organizations on anti-war, labor rights, income inequality and economic justice issues. One of the first members of the DC chapter of Democracy at Work, Cinar is a dedicated supporter of worker-owned enterprises. He believes that the democratic management of our work places is the best way to ensure a sustainable economy for generations to come. 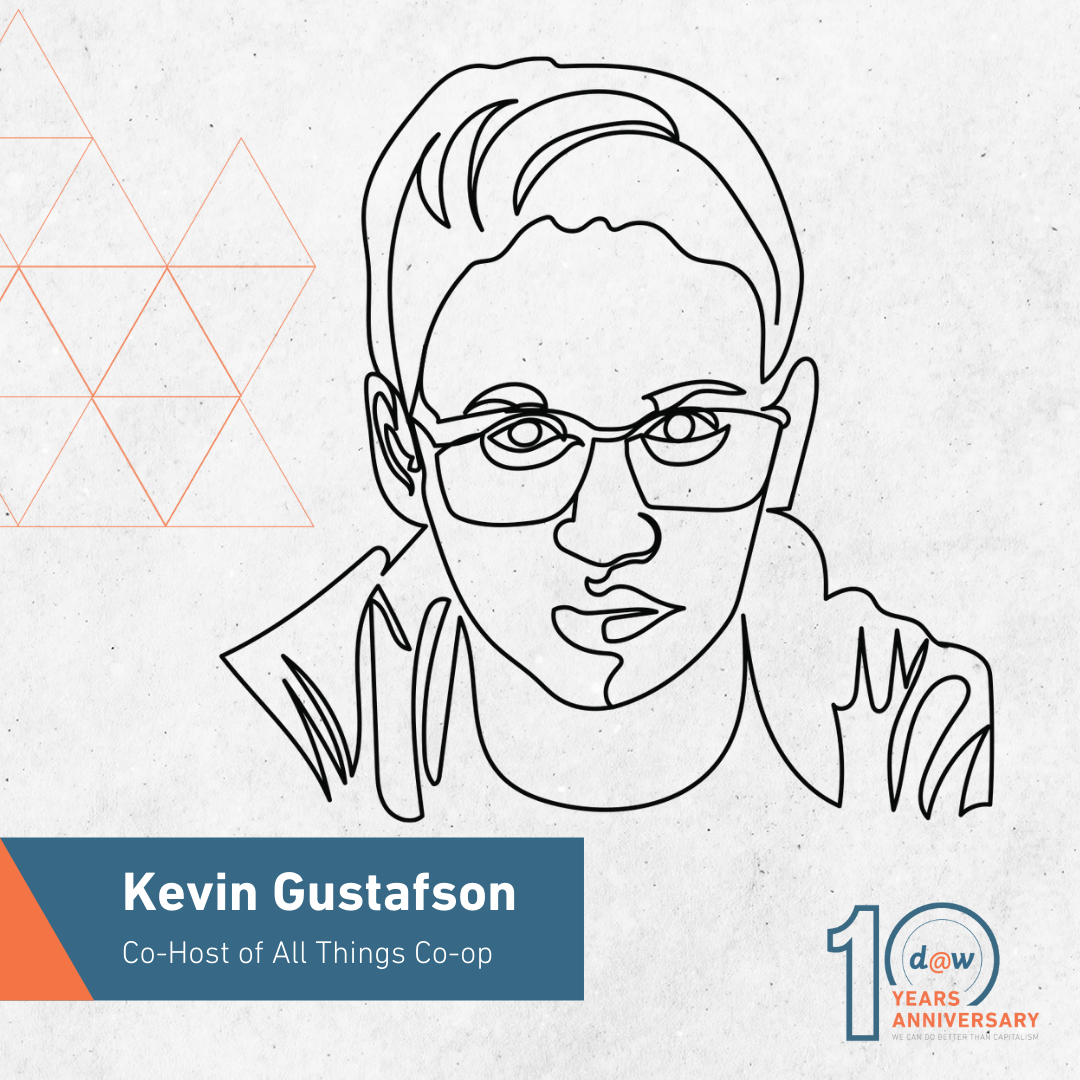 Co-Host of All Things Co-op
Kevin Gustafson is a lawyer, organizer, musician and podcaster from Washington D.C. Kevin has been involved in radical left-wing politics since 2001, engaging in anti-war, anti-foreclosure, housing rights, immigrant rights, pro-socialist, anti-fascist actions for nearly two decades. In addition to his organizing work, Kevin is writer, a blogger, a student pilot, a part-time pundit, a space travel enthusiast, and a podcaster where he hosts the Sensible Socialist podcast as well as All Things Co-op. Kevin is a member of Democracy @ Work DC, the DC local study group of [email protected], and hopes to do all he can to see the growth of the worker co-op sector, seeing it as the fertile soil of a new economic system deprived of exploitation of both human beings and the Earth. 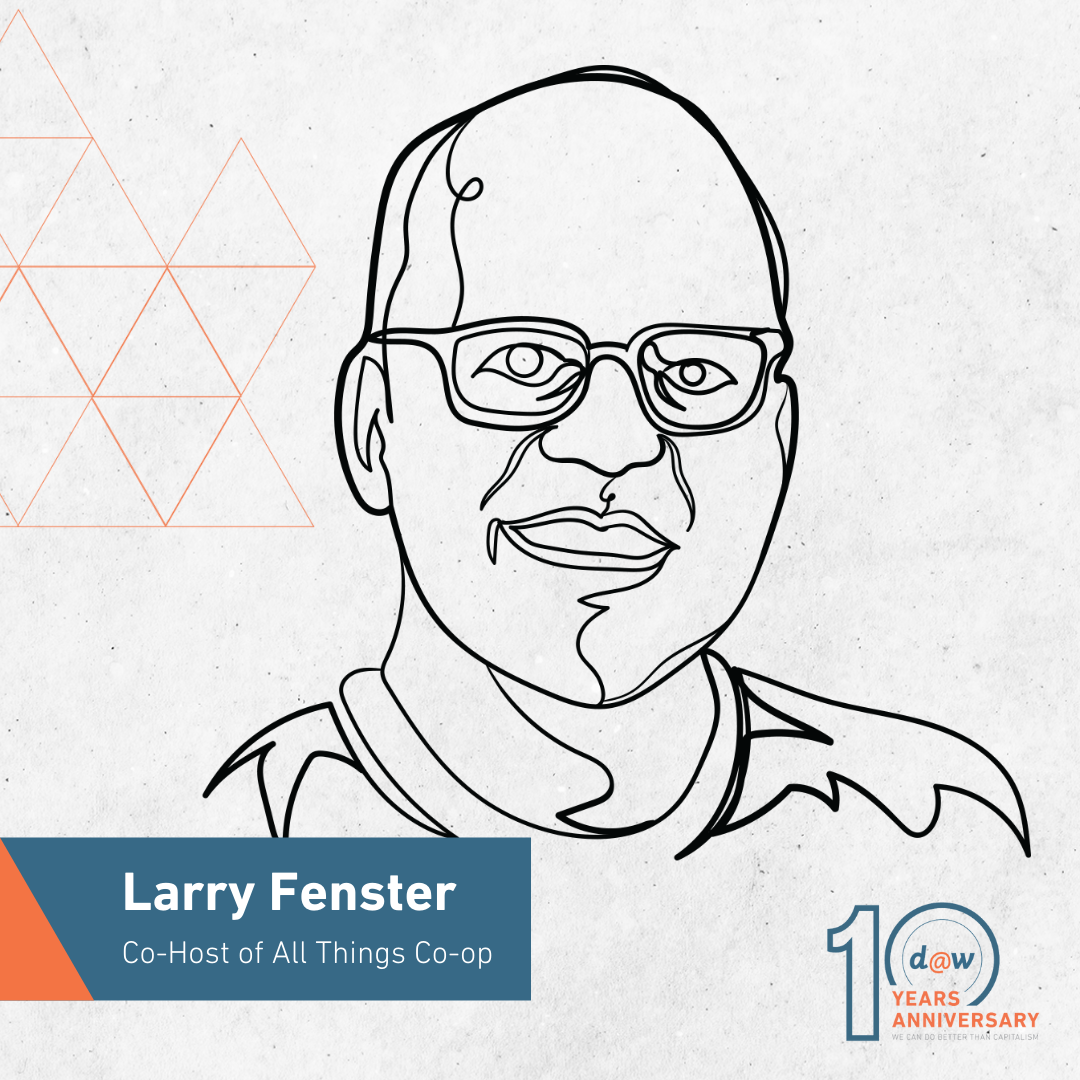 Co-Host of All Things Co-op
Larry Fenster has long felt our country does not provide the space to develop a coherent personal, social, and political identity. He has found a home in Democracy at Work - DC, and a vehicle to create that space. 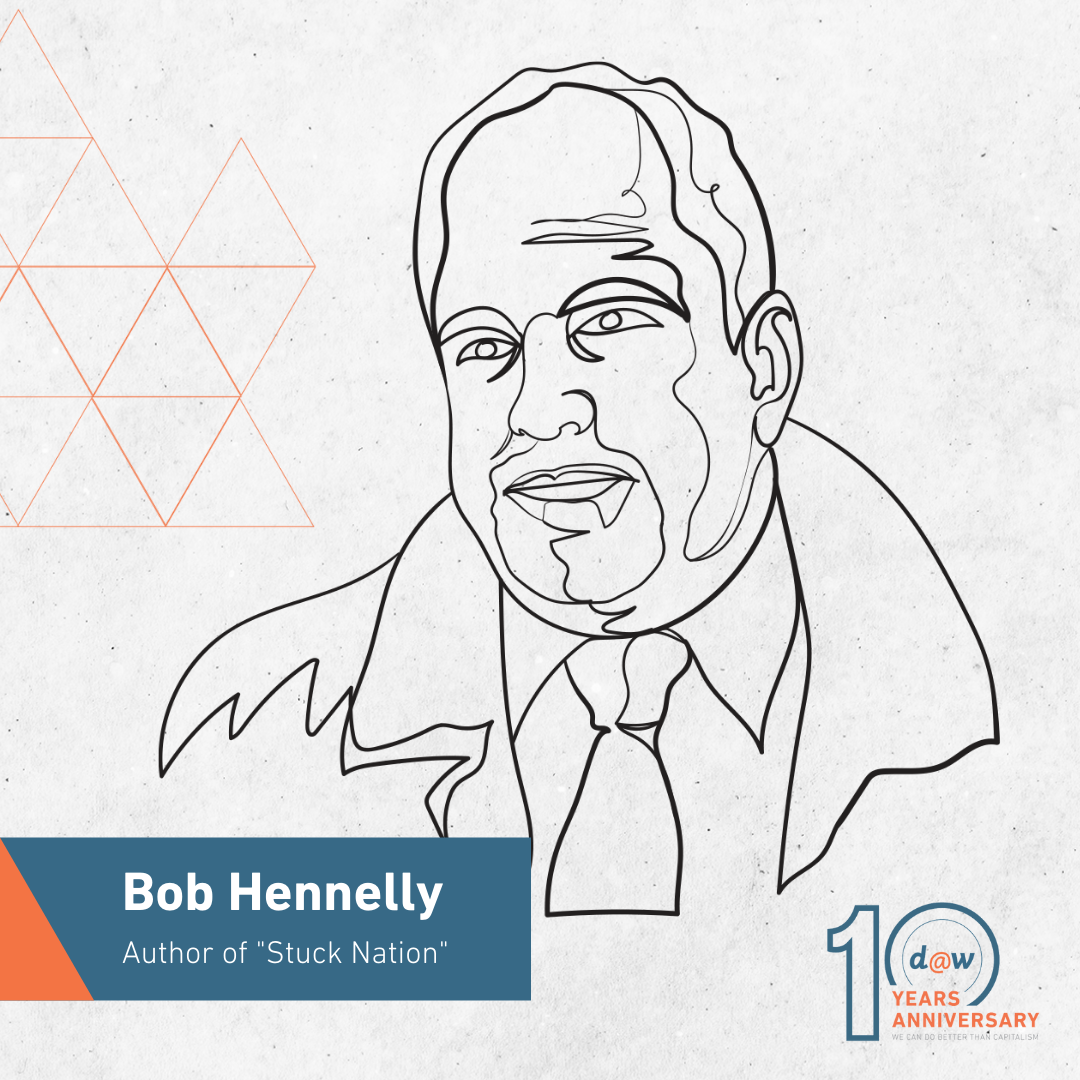 Author of Stuck Nation
Robert "Bob" Hennelly is an award-winning print and broadcast journalist. He is currently the City Hall reporter for LaborPress, a New-York-City-based news source on regional and national labor issues. He hosts a morning drive time program on WBAI (Pacifica in New York) 99.5 FM every Monday at 7 a.m. EST on labor issues. He is also a regular contributor to Salon, Insider NJ, and WBGO-Newark Public Radio. Prior to joining LaborPress he covered the global economy for CBS MoneyWatch.