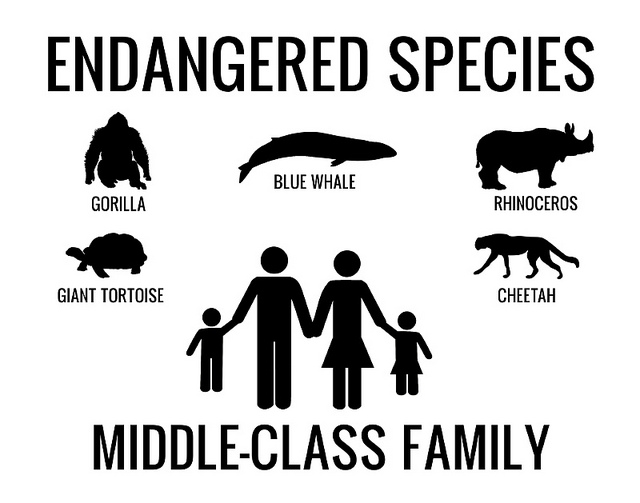 Detroit's struggle with bankruptcy might find some relief, or at least distraction, by presenting its desperate economic and social conditions as a tourist attraction. "Visit Detroit," today's advertisement might begin, "see your region's future here and now: the streets, neighborhoods, abandoned buildings, and the desolation. Scary, yes, but more gripping than any imaginary ghost story."

Detroit, Cleveland, Camden and many other cities display what capitalism left behind after it became profitable for capitalists to relocate and for new capital investments to happen more elsewhere. Capitalism and its driving profit motive first developed in England before spreading to western Europe, north America and then Japan. Over the last two centuries, those areas endured a growing capitalism's mix of horrific working conditions, urban slums, environmental degradation, and cyclical instability. Capitalism also brought economic growth, wealth for a minority, labor unions and other workers' organizations. Writers like Dickens, Zola, Steinbeck, and Gorky saw that capitalism's workings clearly, while those like Marx, Mill and Bakunin understood it critically.

Workers' struggles eventually forced capitalists to pay rising wages, enabling higher living standards for large sections of the working classes (so-called "middle classes"). Capitalists and their economist spokespersons later rewrote that history to suggest instead that rising wages were blessings intrinsic to the capitalist system. How wrong that was, as I describe below.

Capitalists eventually had to reach beyond their original bases in Europe, North America, and Japan to the rest of the world. Capitalism's growth required enlarging its hinterland from the agricultural regions near the industrial centers where modern capitalism began. That initial hinterland had provided food, raw materials and markets for the commodities flowing increasingly from the growing urban capitalist centers. The hinterland also sent refugees fleeing from declining job opportunities there to work in and crowd those centers.

As capitalist growth accelerated across the 18th and 19th centuries, more hinterland was required. The response included formal and informal colonialisms that encompassed much of the planet outside its capitalist centers. Capitalism thereby reorganized the whole world's economy to serve as provider of raw materials, food, labor supplies and markets.

Starting especially in the 1970s, several historical trends coalesced to provoke a massive, historic relocation of capitalists and of capitalism's growth. One trend grew out of a US growth spurt after the war ended in 1945. That spurt renewed capitalists' self-confidence and determination to roll back the New Deal and to secure better control of government. They systematically destroyed the social forces (unions, socialists, and communists) that had produced the New Deal and the greatest wave of criticism of capitalism in US history.

Across the 1970s, many of those leaders shifted to the neoliberal focus on private capitalist development. This not only represented a strategic change of course but also pandered to the neo-liberalism that swept the old capitalist centers at that time.

Different from the earlier colonialism, after the 1970s the private capital that flowed in from capitalist centers in Europe, North America and Japan did not aim primarily at producing raw materials and food for export. Instead, it increasingly financed the relocation of capitalists and capitalist growth away from the former centers of world capitalism.

Manufacturing moved first, but within two decades, service capitalism joined the exodus. Capital first abandoned the Detroits, Clevelands, and Camdens of the US. Now, it abandons the country more generally. Similar moves afflict the more developed countries in Europe and Japan as well, although in ways that reflect their different histories, including the greater strengths of their working-class organizations. Even Germany, despite its special price, legal and other advantages within the European Union, confronts growing pressures from German capitalists relocating to places with lower wages, benefits, and government social services.

Capitalism is now reconfiguring centers and their hinterlands on a truly global scale. The US increasingly approaches the formerly "third world" pattern of a few centers surrounded by vast layers of more or less desperate hinterland dwellers. In the language of US politics, its "middle class" disappears.

Capitalism grew successfully in its old centers despite working-class oppositions, expressed by labor unions, socialist and communist parties, anti-capitalist intellectuals and artists and by the resistances of its colonized subordinates. Part of that success – a basis of its 200-year global hegemony – was the ability of its working classes to wrest rising wages and/or standards of living.

In sharp contrast, capitalism's great relocation now underway both presses and enables capitalists to cease raising wages and standards of living in its former, old centers (Europe, North America and Japan). Indeed, it is lowering them.

Competition requires capitalists to raise wages instead in the newer, growing centers, where new sections of better-paid workers arise.

Will capitalism in its old centers of North America, Europe and Japan be able to hold the grudging support of their working classes, as it now delivers long-term declines of wages, working conditions, and living standards? Can capitalism achieve the social acceptance in the new centers that its first 200 years found in the old centers?

Even if it can, the working classes in the old centers may soon withdraw their traditional acceptance. If they do, monumental social struggles pitting supporters against opponents of capitalism are our future.