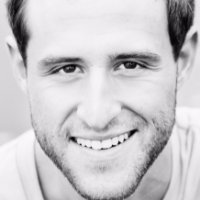 Listen to this episode on YouTube, Soundcloud, iTunes, Libsyn, and Patreon.

A decade after the largest economic downturn since the Great Depression, it is still popular belief among the public and mainstream press that “no one saw” the 2007-08 financial crisis coming. The truth is, however, that a handful of unorthodox economists had the foresight to warn of the crisis, and were able to develop and apply the right analytical framework to the large amounts of empirical data available, allowing them to forecast why and how it would happen.

In late 2005, Keene became one of the first in this tiny club of economists to get it right (and one of only two do so with mathematical models), earning himself the Revere Award from the Real-World Economics Review for “being the economist who most cogently warned of the crisis, and whose work is most likely to prevent future crises.”

So what distinguishes Keen’s approach to economics from the mainstream theory (also known as “Neoclassical” economics)?

According to Keen, it’s because of his focus on the importance of credit in a dynamic, non-equilibrium framework. From that viewpoint, he identifies the ratio of private debt to GDP—and the rate of change of that ratio—as a key determinant of the state of the economy.

In the first half of our interview, Professor Keen explains why conventional economic theory doesn’t describe capitalism accurately, as well as Hyman Minsky’s hypothesis on the significance of private debt in the economy— something that is largely ignored by the predominant “Neoclassical” school of economics today.

In the second half, we turn to the prescriptive. Keen contends the main thing people need to think about is that “as well as workers and capitalists we have creditors and debtors in this economy— and by far the most important social clash these days is not between workers and capitalists, it’s between the financial sector and the rest of the economy.”

As for the Left, Keen thinks in order to win it must be less reactive and more intelligent in their campaigning, otherwise the future we’ll face “will be that of The Hunger Games and not of a democratic society.” That means focusing more on the role of private debt than on wage campaigns or unionization, and fighting for a modern debt jubilee and universal basic income.

Keen wraps up our discussion with his forecast for the global economy and gives us his predictions for what countries are most likely to face a crisis in the next 1-3 years.

**Pick up a copy of Can We Avoid Another Financial Crisis?

Praise for 'Can We Avoid Another Financial Crisis? (The Future of Capitalism)': 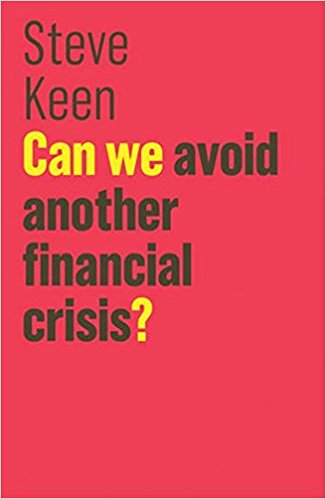 "No one is more qualified than Steve Keen to answer the question "Can we avoid another financial crisis?" with more than a single word. Read this book!"

"In this compelling essay, Steve Keen shows that the "Great Moderation" was in fact a great delusion and documents, to brutal effect, the foolish complacency of mainstream macroeconomists."

"Steve Keen explains why the financial crisis it occurred, and why it can't just get better on its own, along its present track. He also explains – in a hilarious and absolutely justified takedown – why mainstream economists have a "trained incapacity" in being unable to understand why the economy has broken down – and hence, why they don’t have a real solution. We are still living in the aftermath of the 2008 crisis. It’s all about debt. But economists fear they will lose their jobs if they say that debts must be written down. Keen asks what is more important: to save the economy, or to save the jobs for economists whose prestige rests on their not understanding why economies are in trouble today."

—Michael Hudson, author of Killing the Host and The Bubble and Beyond

"Non-academics interested in economic or financial markets should, if they read ony one book on the topic, absolutely read this one."

"Mr. Keen is surely right to argue that growth fuelled by the continuing expansion of private debt is highly risky for the overall economy, and that which cannot continue indefinitely will come to a sticky end sooner rather than later. We should heed his advice..."