Richard Wolff on the Changing Tides of Capitalism and Socialism 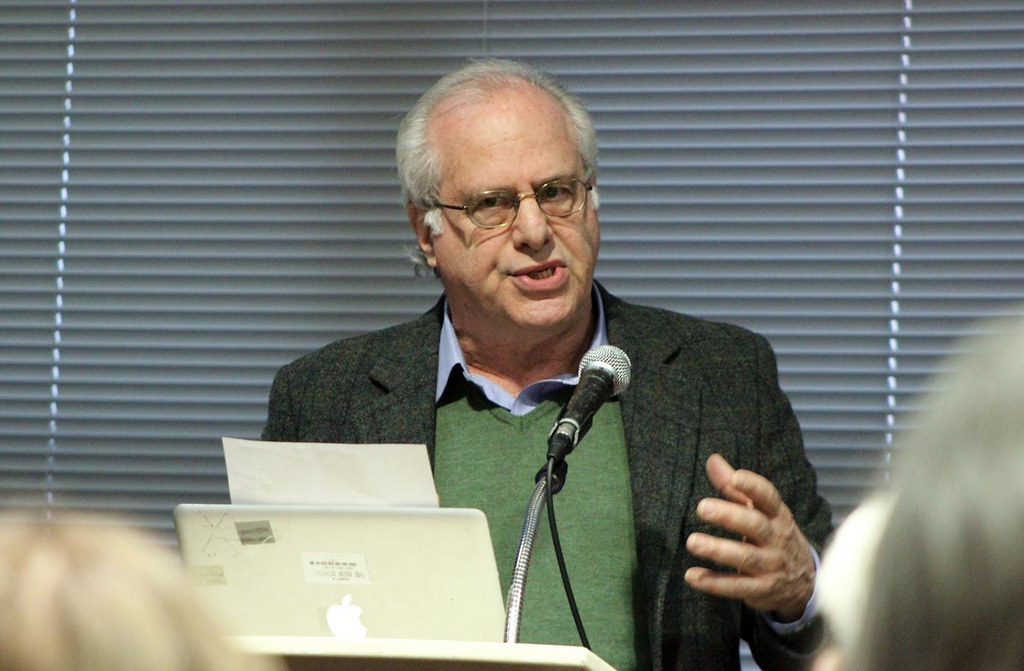 Nearly 30 years ago, many capitalists were celebrating what political scientist Francis Fukuyama called the "ultimate victory of the VCR": where consumerism sank communism. However, they failed to calculate the effects of this consumerism on the environment. They also failed to predict how the public would start to tire of a situation in which a very small percentage of capitalists are reaping all the benefits while the rest of us are sinking deeper and deeper into debt, poverty and powerlessness.

Public dissatisfaction with the status quo began to spread in new directions in 2008, feeding into the global Occupy movement in 2011, and mass support for Bernie Sanders today. People are enraged; we feel doped, scammed, cheated.

"Capitalism, with its inherent injustices, is speeding into a stone wall."

An increasing proportion of the population is becoming receptive to the messages of the professors, activists, clergy, artists and other community organizers who have long been dismissed as "too radical," while the capitalist machine roars on and on. Dr. Richard D. Wolff has long been warning the US public that the capitalist machine is one of the biggest scams in history, and now it's finally becoming clear to the general public.

I sat down with Professor Wolff -- who recently retired from his post at the University of Massachusetts, Amherst, and who runs the nonprofit organizationDemocracy at Work -- to find out more about his work.

Creston Davis: Professor Wolff, can you tell us about your own experiences as an economist who was trained in the elite Ivy League towers of American academia?

Richard D. Wolff: In the 10 years I spent from the day I entered Harvard to the day I left Yale, in the years in the Ivy League, I got credentialed to be a professor of economics, which is what I've done all my adult life. I learned what is now called "mainstream economics" and essentially, that's all I learned. Because it was the height of the Cold War when I was studying at university, the way the elite American institutions handled the problem of the Cold War was by pretending there was no economics other than "mainstream economics," which is a celebration of capitalism.

How do you define "mainstream economics"?

"Mainstream economics" is divided between two strands: The first and primary one is the pure celebration of capitalism, which is called "neoclassical economics" for historical reasons. And the secondary strain, which admits that capitalism has some problems, but don't worry, they're easily fixed. This strain is called Keynesian economics because it explains how, in the face of the complete collapse in the 1930s, a society can get itself out of this catastrophe.

Do you openly claim to be a Marxist?

I don't shy away from the term "Marxist," but the truth of it is, I insist on not shying away just as a kind of pushback against the mind-numbing narrowness of an American academic economic dogma, which is, to this day, unable and unwilling to confront and to cope with reality.

Do your colleagues know Marxism?

My economic colleagues -- many of whom are anti-Marxist or indifferent to Marxism -- what these two camps share in common is that they don't know a thing about Marxism. It's not their fault; they are smart, but it's been the cultural asphyxiation of open-mindedness in American academic culture that makes them unable to think that way and which gives me the wonderful opportunity to compare how the different approaches deal with the problem.

So I know how mainstream economics does it, and I know how Marxian does it, and can look and see, and pick and choose, and pull these things together, whereas my colleagues can't do that. I can talk to them about neoclassical and Keynesianism, but they can't talk to me about Marxism. It's as if we didn't speak the same language. So it's very peculiar. Nevertheless my approach to the problems of American capitalism is starting to gain a larger readership as consciousness begins to shift.

What are some trends that we are witnessing as a result of ignoring other ways of seeing the world?

Back in 2008, with the catastrophic collapse from which most people haven't recovered, it's clear to see that, "Oh my God! We've got a system that's troubled!"That's why you have a Jeremy Corbyn [as] head of the Labour Party in England; that is why you have a Bernie Sanders blowing away the dismissal that he would get 2 to 3 percent of the vote, if that! Despite the media exclusion of him, more than it's ever justified, he keeps winning.

How would you explain this?

I mean, it's amazing what [Sanders has] been able to do, and it's a sign ... it's the audience that's changed as it has for me. I go all over the country; I speak in a lot of places and the demand for my talks -- which, five years ago, was virtually nothing -- [now] is very high. It's a completely different world, for me ... [due to a] change in the mentality in the American people. Suddenly, I'm in high demand; I do this weekly radio program broadcast in over 50 stations now across the United States and it's growing.

You'll be teaching a seminar, "Capitalism and Socialism in the 20th Century," that focuses on your work in July at The Commons in Brooklyn, New York. What are your objectives in teaching this course?

The 20th century was one comprised of a cataclysmic struggle between two opposing ideologies: capitalism and socialism.... Toward the end of the century, around 1989-1990, one of these two ideologies, socialism collapses. The Soviet Union implodes, Eastern Europe follows in its wake, and in China some basic changes begin to manifest in terms of direction and orientation. China's shifts were made so that it could become popular and competitive in the new world order, which is globalized, unabated capitalism. Capitalism won, end of story.

"This new century's struggle will be between a changed capitalism and a very changed socialism."

What that period and what this history shows us is that whatever else one has to say, something about the 20th century experiment with socialism, particularly in Russia and China, wasn't sufficient to sustain itself. They fell apart not by being overwhelmed by a military defeat ... rather, at the end of the day, there's something inherent in that form of socialism that didn't work. And so, starting in 1989, this implosion led to a series of deep questions and criticisms inside the world of socialism to explain what happened.

Questions such as "What did we do wrong?" "What can we do differently?" "What was valuable in what socialism achieved despite its collapse?" "What was repugnant or didn't work in socialism?" And these sets of questions have produced, in the period between 1990 and 2016, a horizon of self-criticisms coupled with new directions for socialism in the 21st century.

Yes, in the wake of capitalism's defeat many philosophers -- and we're talking even atheist Marxists -- started turning to the deep stories of religion in Judaism, Christianity and other religions including paganism in the early 1990s. They did this both as a way to preserve narrative in the wake of capitalist anti-intellectualism, and also as a way to create new forms of resistance to nihilistic capitalism. In the latter, the robust indeterminate meaning of existence was reduced to how much you owned materially. It was as if, in the face of socialism's defeat, capitalism's answer to the question of meaning for all human existence was found in the appallingly simple question: "How much money do you have?"

This is why my course will be examining not only the history of socialism and capitalism in the 20th century but also how those ideologies no longer work and are shifting dramatically. It's imperative to know history and the history of economics to understand our options for creating a better future.

This can be seen in two ways: First, for those people who paid attention to socialism, they observed things in terms less of a failure and more of an emergent dynamic shifting in light of these self-criticisms, new priorities and directions. Number two, capitalism also discovered to its own surprise that the great "victory" of 1989-1990 of capitalism itself turned out to be of short duration. By 2008, capitalism that had claimed itself to be the "great victorious system" collapsed and cannot find a way to recover as a whole. Of course, the corporate side of capitalism recovered via the taxpayers bailing Wall Street out.

Among the meaningful signs of change are [that the] Greek government is now run by socialists, the Portuguese government is now run by an alliance of communists and socialists, and the [UK] Labour Party is now being run by Jeremy Corbyn, and to everyone's surprise, Bernie Sanders is even more wildly successful under the banner of "democratic socialist" who may win 50 percent of the vote within the Democratic primary largely owing to the independent voters who are able to vote in Democratic open primary elections. And no one believed this was possible in the United States, including Sanders himself.

In Spain you have Podemos' recent victories too.

Podemos is having gains and the traditional socialist parties no longer have the traction they once had. In France and in Germany, the democratic socialist parties are all falling apart. So you see classic socialism fading rapidly, and the same is true of capitalism. Capitalism, with its inherent injustices, is speeding into a stone wall, and everyone's staring at the wall but doesn't know what to do, like the proverbial deer caught in the headlights.

So it's clear to many that both capitalism and traditional socialism are in deep trouble and are changing, and if you look at capitalism, it's extreme inequality and extreme instability with the crash of 2008 and all that happened and the prognoses that 2016-2017 are going to be down years again indicates that we are at a nodal historical point.... This new century's struggle will be between a changed capitalism and a very changed socialism with likely very different outcomes.