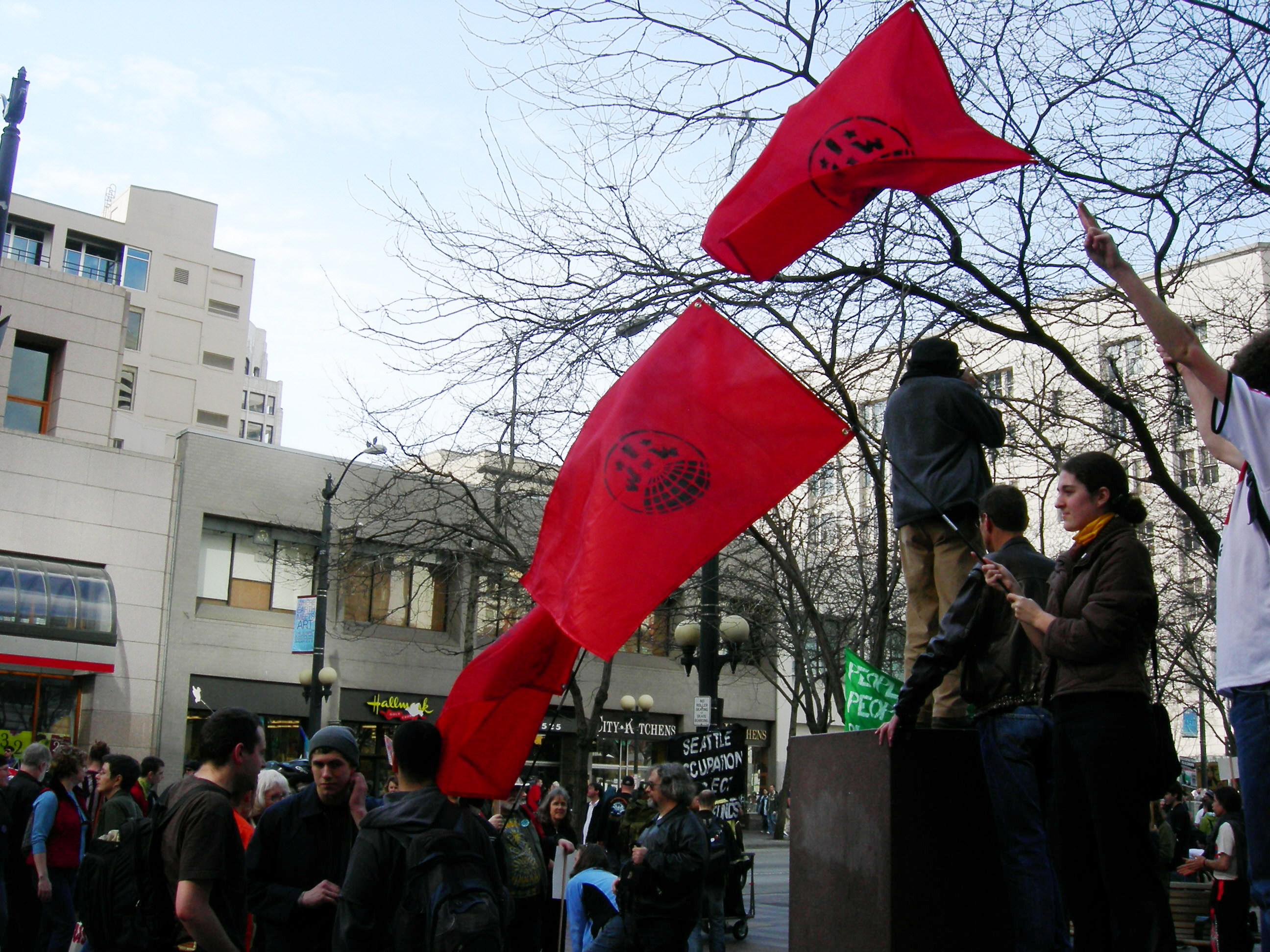 This article originally appeared in The Monthly Review.

Global capitalism has huge problems coping with the second worst collapse in its history. Its extreme and deepening inequalities have provoked millions to question and challenge capitalism. Yet socialists of all sorts now find it more difficult than ever to make effective criticisms and offer alternatives that inspire.

Part of the problem lies with classic socialism as it evolved over the last 150 years. Positions and strategies that once mobilized the victims and critics of capitalism are no longer, by themselves, effective. Not only has capitalism changed, but its celebrants also developed powerful critiques of socialist theory and especially of actually existing socialisms such as the Soviet Union (USSR). Socialism has not responded well to capitalism’s changes nor to its critiques; it has not made the necessary strategic and tactical shifts. Nonetheless, socialism retains the means to overcome its problems with some long-overdue self-criticism and innovation.

By classic socialism I mean the tradition that differentiated itself from capitalism chiefly in terms of macro-economic institutions. Classic socialists defined capitalism as (1) private ownership of means of production and (2) distribution of resources and products by means of market exchanges. The socialist alternative entailed (1) socialized or public ownership of means of production (operated by the state as agent of the people as a whole) and (2) distribution of resources and products via state planning. Socialists attacked capitalism for the injustices, cyclical instability, and gross productive inefficiencies (e.g. unemployment, stagnation, etc.) that they traced to private enterprises and markets. In the socialists’ alternative, a workers’ state would control or own enterprises and plan the distribution of resources and products – in the democratically determined interests of the majority.

Such criticisms of capitalism and that transitional program to an alternative system rewarded socialists n their political, economic, and cultural work. Socialist movements spread across the countries of the world during the nineteenth and to the last third of the twentieth century. Socialists effectively challenged capitalism, often took and held political power, and influenced many academics, intellectuals, popular organizations, artistic projects, and so on. But now socialism’s growth in many places has stalled or reversed.

Socialism’s growth in the 19th and 20th centuries frightened capitalists and their allies everywhere. To stop the spreading socialism, capitalism’s supporters eventually learned that violent repression was often a poor or counterproductive weapon. They adjusted and refined their strategies. Socialism’s difficulties today emerge partly from its enemies’ more developed counterattacks especially in the half-century since 1945.  Socialists now need likewise to redesign and refocus their project for the new conditions of struggle against capitalism.

Basically, criticism of private property and markets plus advocacy of socialized property and planning are insufficient as an analytical framework or a political strategy. They no longer mobilize the discontent capitalism generates. Especially after 1945, the examples of the USSR, eastern Europe, the People's Republic of China (PRC), and so on were successfully demonized as unattractive alternatives to capitalism. With powerful ideological conditioning that used newly developed mass communications, it mattered little that those examples had many worthwhile social achievements.

Then too, significant failures and disasters occurred in those first examples of trying concretely to build actual socialisms (hardly unusual in the history of previous systemic transitions). If socialists do not offer their explanations of those failures, then the only analyses circulating will be those fashioned by socialism’s enemies. That will then be yet another obstacle in socialism’s future. Like all social movements, socialism has been shaped by and is partially responsible for the history it helped to make.

The focus of the USSR, PRC, and other examples of socialisms (including the social democracies where states merely regulated private enterprises and markets) flowed logically from classic socialism’s basic ideas. Those states moved more or less to socialize productive property and subordinate markets to state planning. These were macro-level changes; that is, they changed certain broad social frameworks of the economic system. They were much less interested in and attentive to micro-level institutions. The internal organization of enterprises and households thus changed relatively little in transitions from capitalism to socialism.

After socialists took power, via revolutions or elections, inside enterprises, a few people still functioned much as private capitalist boards of directors had before. Those few still made the key decisions about what the enterprise produced, how and where, and what was done with its profits. What changed was who these people were; socialism replaced private boards selected by private shareholders with boards of officials selected by the state. In the USSR’s highly centralized industrial sector, that board of directors was the set of state officials called the Council of Ministers.

Workers inside state enterprises in actually existing socialisms produced the surplus that was received and disposed of by others, as had been the case in capitalism. But those others were now state officials. Before, private capitalists had made “free” exchanges with one another and the public to distribute resources and products. In socialism, state planning mostly regulated and controlled markets.

Workers took their wages to the stores and bought what they could afford from what state planners made available. State planners often set money wages and prices. Sometimes state planners simply substituted their administrative allocations for markets.

Up to the 1970s, classic socialism, defined and concretized in these ways, made great headway. But already after World War 2, the shocks to capitalism from the USSR’s survival and economic growth, the “loss of eastern Europe, and the Chinese revolution prompted shifts and adjustments by capitalism that undermined socialism’s further growth. Two of these shifts were the growth spurts capitalism achieved after 1945.

The post-1975 period brought decline and difficulties to those socialisms and by 1989 brought dissolution in eastern Europe and major changes toward capitalism elsewhere. Those circumstances emboldened claims that “the great struggle between capitalism and socialism was over; capitalism had won.” The growing problems and shifts inside actually existing socialisms seemed to point the same way.  A broad decline in the fortunes of all sorts of socialist movements and organizations took hold.

By 2007, when post-1975, deregulated capitalism drove itself into another serious global collapse, socialism had reached a low point. Weakness and decline were by then decades old. “Moderate” socialists had sometimes even found rationales to support neo-liberal policies and governments. “Left” socialists had often shifted from opposition to capitalism as a system to opposing neo-liberal policies in favor of Keynesian social welfare programs. After 2007, as capitalism’s crisis deepened, socialism and socialists seemed incapable of connecting organically with the growing masses eager for criticism and opposition.

Even socialists who then attacked “austerity policies” to win elections (revealing yet again their disinclination to oppose capitalism as a system) retreated merely to less harsh versions of austerity once in power. Papandreou in Greece and Hollande in France were notorious examples. Into the political vacuum opened by the socialists’ declines stepped new “anti-capitalist” groups. They chose that name (and other names such as indignados, occupiers, anarchists, etc.) in part because of alienation from classic socialism.  Yet socialists still have the accumulated history, experience, and theoretical means to define a socialism for the 21st century that can rally, mobilize, and unify capitalism’s diverse victims and critics.

What socialists need first is to recognize and accept that the classic socialist focus on macro-level institutional change – from private to social ownership of productive assets and from markets to planning – is insufficient conceptually and strategically. It pays far too little attention to transformations at the micro level and especially inside enterprises. What socialists need second is to stand emphatically for the transformation of the enterprise: more precisely, for its radical democratization. They must reconceptualize the socialization of enterprises so that it means above all to change their internal organization.

In socialism redefined along these lines, all the workers in an enterprise collectively and democratically make all the key economic decisions: what, how, and where to produce and what to do with the enterprise’s surplus or profits. Such a socialism would advocate social ownership, planning, and the democratization of enterprises, i.e. their transition from capitalist to workers' self-directed enterprises (WSDEs).

Socialism would no longer ignore, minimize, or denigrate transition to WSDEs as classic socialism did. In many parts of the world, workers’ efforts across the centuries to pestablish what were variously called producers' or workers' cooperatives, communes, etc., should be critically appropriated. Then they must be integrated into a new formulation of socialism for the 21st century.

Such a redefined and refocused socialism opens a path beyond capitalism different from what happened in the USSR, PRC, etc. In WSDEs, where workers collectively determine the production and distribution of surpluses, they wield real economic power. They – not government operatives – control the economic base. As their own collective boards of directors, the workers would be the ultimate sources (producers and distributors) of surpluses flowing to fund the state. Power would then finally have shifted away from capitalists and from the state.

Such a socialism would henceforth advocate and support workers either transforming capitalist enterprises into WSDEs or starting new WSDEs. A growing sector of WSDEs would function within and interact with a still largely capitalist economy (much as a capitalist sector arose within and complexly interacted with a still largely feudal economy a few centuries earlier). Socialist politics would become the multi-dimensional project of criticizing capitalism while building the conditions for the expansion of the socialist sector.  All manner of conflicts and compromises, contradictions and alliances, would characterize the relation of socialism and capitalism, much as parallel moments comprised the earlier relation of capitalism and feudalism.

In such a transition to socialism, workers would transform themselves – from undereducated, underinformed, and often deskilled drones, controlled and directed by others, into members of self-directed cooperatives. Their tasks are equitably shared, everyone develops multiple skills, and rotation of function keeps jobs from hardening into status ranks, etc. Everyone partakes in turn in giving and taking orders to get jobs done. In such democratizations of workplaces and work-processes, new kinds of people will emerge. ​

For WSDEs, increasing enterprise surpluses or profits becomes merely one of many objectives. Local health conditions, workers’ family relationships, friendships, community solidarities, and the enterprise’s relation to the natural environment are also objectives. Unlike capitalist enterprises’ drive to maximize one objective, profit, the bottom line, at the expense of such other objectives, WSDEs would proceed differently. Their decisions would be driven by democratic compromises weighing all the ways that enterprise activities interact with people.

A socialism that includes and emphasizes WSDEs entails workers transforming their lives. Such a socialism finally places the basic economic power (producing and distributing the surplus) in the workers’ hands. It is a formidable barrier to the undemocratic minority power that has haunted capitalisms and socialisms over the last 150 years. It is necessary if merely formal political democracy is ever to mature beyond corrupt and ritualized elections into a reality.

This redefined kind of socialism can attract, inspire, and mobilize a social movement capable of ending capitalism’s hegemony.