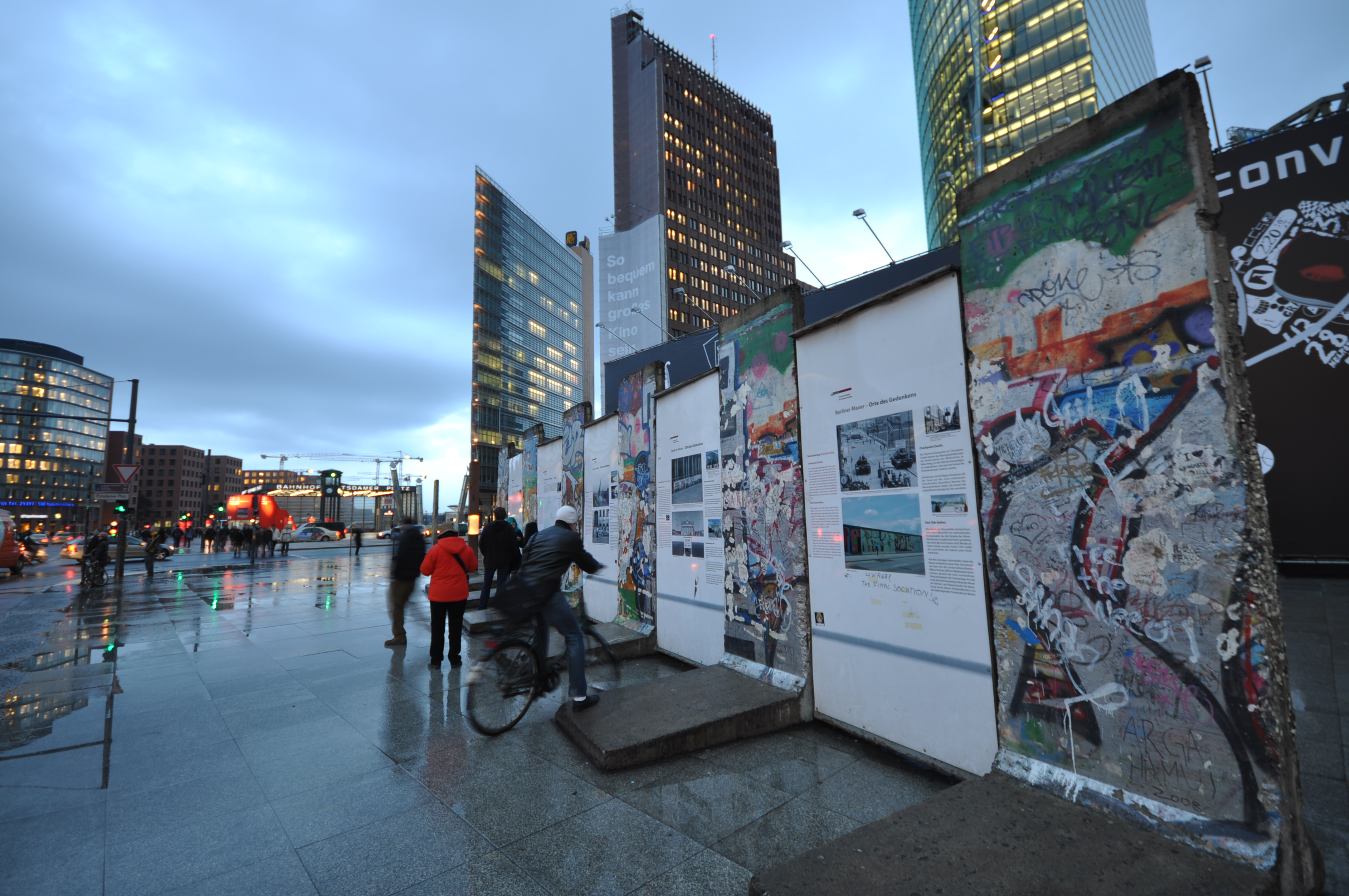 Hype went wild coming into last week's 25th anniversary of the fall of the Berlin Wall. "Freedom" had been achieved. The German Democratic Republic (GDR), or what Western media preferred to call communist East Germany, had been rejected. Its hated official spying on its people - the massive "Stasi" apparatus - could not continue. Liberty and prosperity would and did arrive as the country rejoined the "free world." The people had peacefully overthrown actually existing socialism and returned to capitalism. No one could miss that (officially hyped) interpretation of the fall of the Wall. Yet it is hardly the only one, although that was rarely admitted.

Reintegrating into European capitalism via German reunification has not been the blessing so many Germans imagined back in 1989. They gave up secure jobs, incomes and generous social services. Retrieving freedom cost them heavily. The capitalism they rejoined has serious economic problems that keep constricting job opportunities and security, social services and future prospects. Gains in some freedoms keep costing losses of others.

Official and other pro-capitalist enthusiasts marked the 25th anniversary with rather suspicious exaggerations. Perhaps they celebrated so loudly to drown out - like drunks with alcohol - their rising anxiety about what capitalist freedom keeps delivering.

A better way to celebrate would be to honestly assess and extract useful lessons from the GDR's experiment (1949-1990) in going beyond capitalism. Why did it collapse? What will future experiments in moving beyond capitalism need to do differently to survive and prosper? What does the Wall's fall - and parallel implosions of other socialisms - really mean?

Some, like Margaret Thatcher, wish failed socialist experiments to "prove" that no workable alternative to capitalism exists. Yet that interpretation has faded with capitalism's post-1990 evolution. The global capitalism that surged then depended on unsustainable debt bubbles and sharply deepened wealth and income inequalities. The 2008 global collapse and subsequent austerity is shredding social safety nets everywhere. Ever-harsher versions of capitalism provoke mass movements with powerful currents critical of capitalism. Interest in Marx and Marxism renews. As was always true, capitalism's own contradictions generate interest in and experiments with different forms of socialism.

The fall of the Wall and the GDR shows the limits of its particular experiment in post-capitalism. Nor should anyone be surprised that some experiments in transition from one economic system to another proved unsustainable. That same lesson is taught by history's previous transitions.

Capitalism emerged similarly from feudalism in Europe. For example, lords and serfs sometimes confronted towns experimenting with a non-feudal production arrangement. Merchants or others were using accumulated wealth as means to hire workers. The latter, often refugees from feudal manors, survived in a new way: selling their capacity to work. The wealthy got wealthier by selling the outputs in emerging markets and taking the profits.

Such experiments in capitalism were sometimes short, destroyed by surrounding feudal lords displeased by the towns' independence, greedy for their wealth or both. Other capitalist experiments lasted longer, but then disappeared for lack of raw materials, sufficient workers, adequate markets, or via attacks from feudal lords or capitalist competitors, and so on. Europe's transition from feudalism to capitalism took centuries and involved many experiments that dissolved ("revolutions" followed by "restorations"). Eventually, evolving conditions - and lessons drawn from earlier, failed capitalist experiments - enabled experiments that succeeded and grew into today's capitalism. The transition from capitalism to socialism might well display comparable fits and starts.

Here then is an interpretation of the Wall's fall that draws useful lessons from the GDR's 41 years. The GDR defined socialism as 1) transferring ownership and operation of most industry from private persons to state officials, and 2) giving government economic planning dominance over markets and prices. The state took over production and distribution. It thereby gathered extraordinary power with too few limits, and too little counterbalancing power from below. While economic growth was impressive, it failed badly to engage its people in a commitment to the socialist system. The GDR's lack of personal liberties, consumer goods and political freedoms built indifference and hostility to its socialist experiment.

Is the lesson then that adding political democracy could have saved the GDR? Not necessarily: If political parties had proliferated, what would have prevented a GDR-type government from controlling and manipulating them? What would have prevented political democracy from being as merely formal in the GDR as it is in most capitalist countries today, where multiple parties have hardly prevented capitalists from effectively dominating parties and politicians?

One lesson to draw from the GDR's history is that if socialist societies are to be run by, of and for the people, then the people have to be in charge and that includes within the economy. Democracies (both capitalist and socialist) will remain merely formal when the economy continues to be run by small self-selecting minorities (in capitalism, major shareholders and the boards of directors they select, and in socialism, state officials). Those minorities will dominate until they are overthrown.

What might have saved the GDR, then, would have required going well beyond nationalizing industrial means of production and raising plans over markets. It would have had to democratize the enterprises (factories, offices and stores) that produce and distribute goods and services. But it never dared to do that. The GDR's workers did not democratically produce and distribute - and thereby control - the economy's surpluses at their points of origin in enterprises. They did not therefore control the funds that enabled the state to function. Had enterprises been democratized, they would have held the means to limit and balance the state's power.

The GDR's workers might then have fought to preserve a socialism that had made them the operators and decision makers in and of their enterprises. Excesses of state power might have been stopped had workers in democratized enterprises used their enterprises' wealth and power to such ends. In this alternative interpretation of the fall of the Berlin Wall, when the GDR's experiment in socialism stopped at nationalization of industry and planned economy - "Germany is not yet ready for more" - they got it backwards. Only by going further - by democratically reorganizing enterprises - might their experiment in socialism have survived.