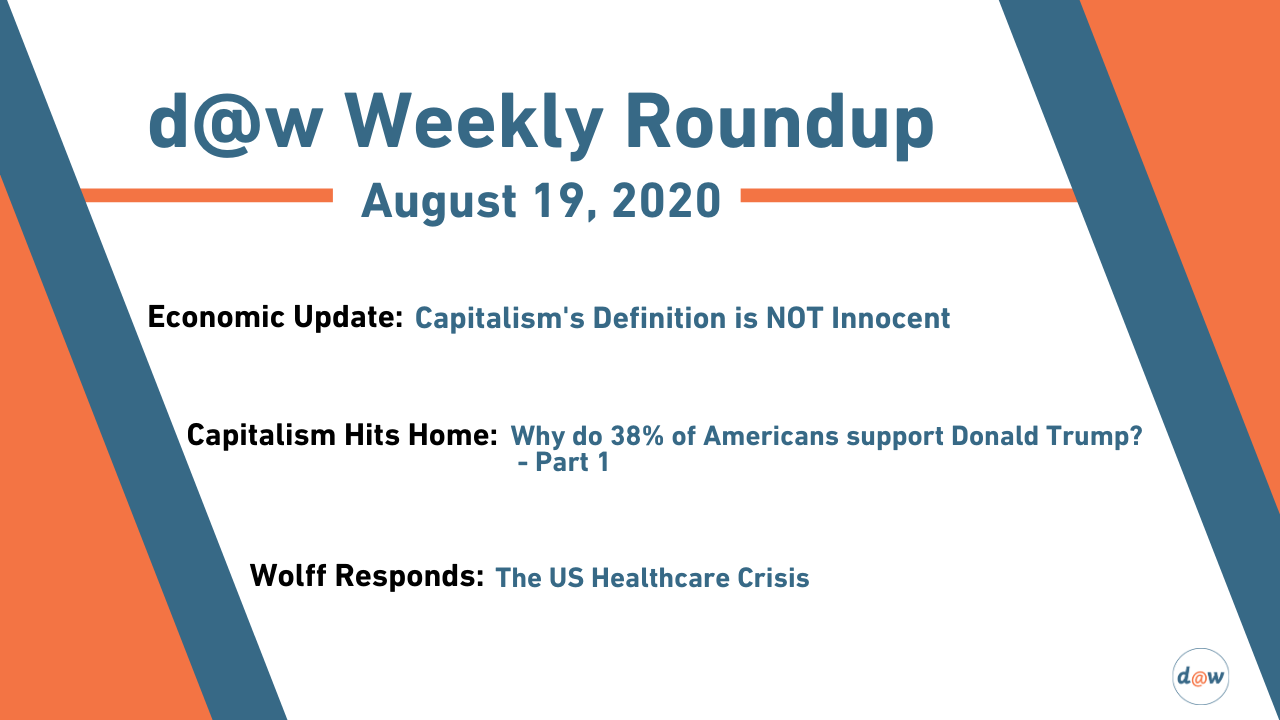 The very definition of capitalism is broken down by Prof Wolff in the latest episode of Economic Update, who explains that that defenders of capitalism chose a poor definition because it is easier to defend capitalism, and masks the fact that it is, actually, anti-democratic.

Dr. Fraad begins to answer the question of why Americans still support Donald Trump in the first of a two part episode of Capitalism Hits Home.

As part of an election countdown, Prof Wolff devotes a recent Wolff Responds video to address one of the key concerns for most Americans in this election cycle: healthcare.

Economic Update: Capitalism's Definition is NOT Innocent
"If you were to define capitalism as you ought to, with a definition that does the job definitions are supposed to do, you would be vulnerable to the critique that this system that you're defending is the antithesis of democracy."

Capitalism Hits Home: Why do 38% of Americans support Donald Trump? - Part 1
"These people who are supporting Trump, this 38%, don't want to know that they lost the class war."

Wolff Responds: The US Healthcare Crisis
“The medical industrial complex is very concerned not to disturb an economic system that they have played so successfully, making themselves more money than any other medical system in the world, and delivering a mediocre health service to its people… Minimize your costs, cut those corners and jack up your prices. That's what the business mantra is. And if you make your medical care system a business, which the United States does more than any other country, that's what you get: mediocre outcomes, overpriced [care], and a failed response to the coronavirus to the opioid crisis and to the obesity crisis.”