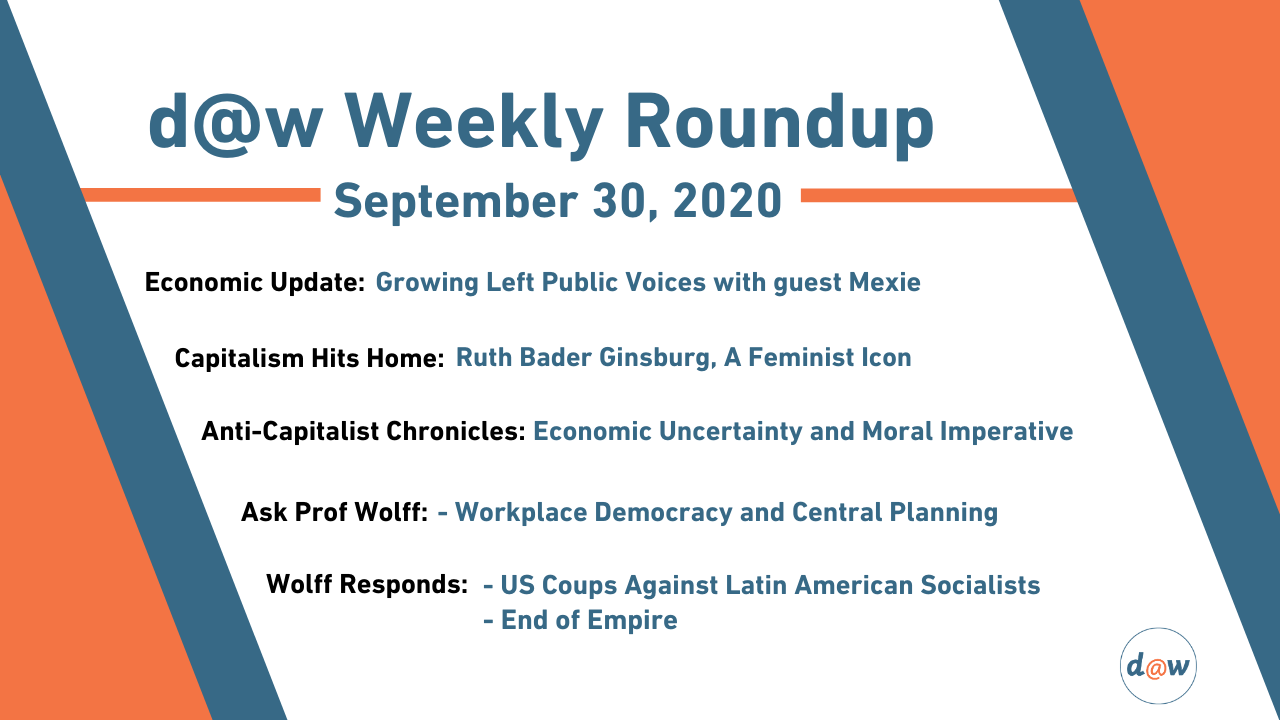 WOLFF: "So, over 23 years they contributed to 400,000 deaths and what they offer [as a settlement] is a trivially small percentage of one year's profits that they earn. In other words,  killing people is like a bump in the road for the  profitable pharmaceutical giant..."

Wolff’s guest Mexie, a rising podcaster and YouTube personality, discusses her work, anti-speciesism and veganism with class analysis, the upcoming election and more.

MEXIE: “Anti-speciesism is a movement that understands that human oppression and animal oppression are interlinked through colonialism and capitalism... As we know, with the broader political analysis, we can't consume our way out of the capitalist crisis, and if we're still operating within a capitalist system but we're all consuming plant-based that's still not going to be environmentally sustainable."

FRAAD: "I'm old enough that I lived through that. You know, you were a lesser being annexed to your husband... You were doomed to your survival being linked to a marriage to a man. And [Ruth Bader Ginsberg] liberated us."

Anti-Capitalist Chronicles: Economic Uncertainty and Moral Imperative
In this episode, Prof Harvey argues that a redistribution of wealth from the top 10-20% to the bottom 10-20% to improve basic living standards will be needed and is our moral imperative.

AskProfWolff: Workplace Democracy and Central Planning
“There's no problem conceptually or theoretically between having state and private worker co-ops coexisting in a society… If we're going to be true to the democratic commitment that lies at the base of the worker co-op economy, then we have to allow participation in the decisions made in the workplace by the community outside the workplace that's affected by what the enterprise does, and vice versa.”

“We are exactly 50 years since september of 1970 when the United States organized, plotted and affected a coup in the country of Latin America called Chile… The [newly released] archives, documents, maintained by the President, by the National Security Advisor and by the then head of the CIA, Richard Helms, [show] Mr Nixon ordered the secret military coup to prevent that was the goal to prevent the newly elected socialist president of Chile from being inaugurated from taking power… The coup had two results: the murder of Salvador Allende, the newly elected president, and the replacement with a military general, as a dictator of Chile you may have heard his name: Pinochet.”

Wolff Responds: End of Empire
“If there is a civil war in the United States it will be the end of the American empire… China, India, Brazil are squeezing the American economy forcing business after business to make the decision to not grow in the United States because the opportunities for profit) and we live in a profit-driven system) are better in China, India and Brazil… Now the rest of the world is eating our lunch and the fight begins inside the United States as to who's going to take it on the chin as the empire shrinks, and it's not a pretty picture.”