Cities After… Andrew Ross on the Growing Suburban Divide - Pt. 2 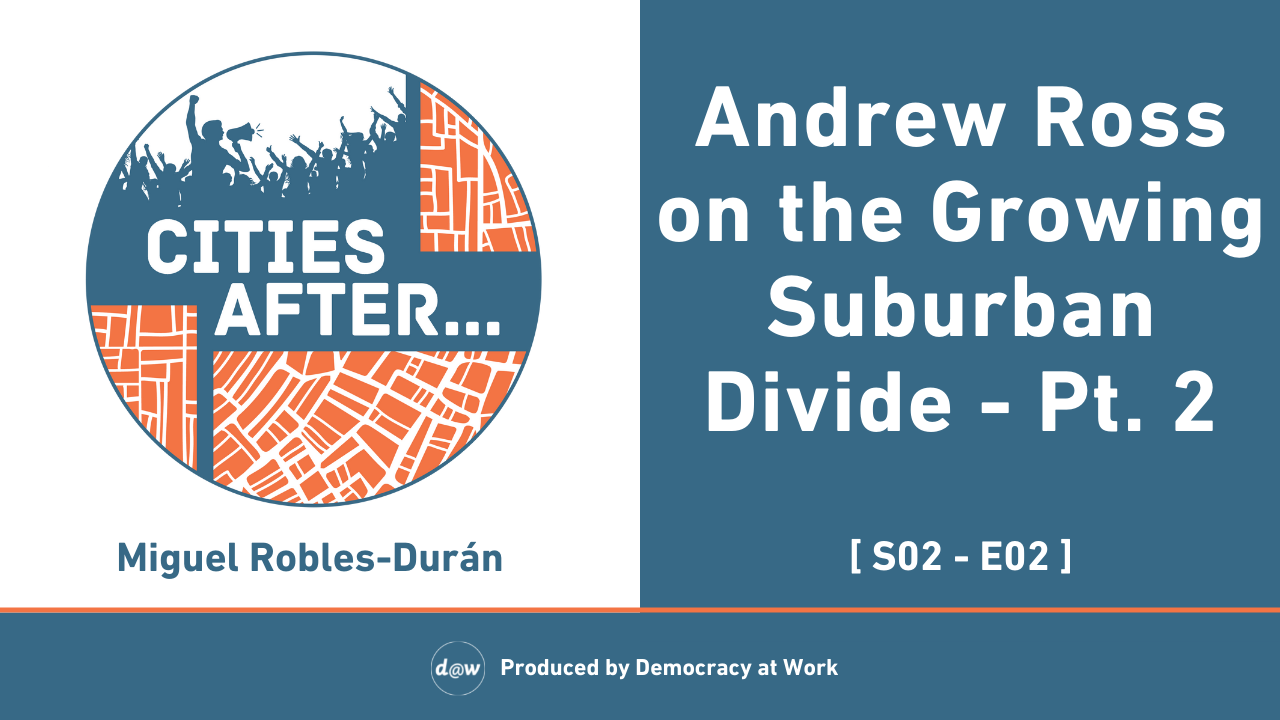 In this episode of Cities After..., Prof. Robles-Duran talks with Andrew Ross about his most recent book, Sunbelt Blues: The Failure of American Housing. Robles-Duran and Ross build on ideas from the previous episode by looking at the history of suburbanization in the United States and exploring how the entertainment fantasy industry has helped shape the utopian image of American Suburbia. This podcast zooms in on Central Florida, home of Walt Disney’s dreams for building perfect cities.

About our guest: Andrew Ross is a highly influential social activist and Professor of Social and Cultural Analysis at New York University. Andrew is the author or editor of 25 books and over 250 articles on a wide variety of topics—labor and work, urbanism, politics, technology, environmental justice, alternative economics, music, film, TV, art, architecture, and poetry. He often contributes to the Guardian, the New York Times, The Nation, Artforum, Jacobin, London Review of Books, and Al Jazeera. Professor Ross is politically active in many social movement fields, is the co-founder of several groups—Gulf Labor Artists Coalition, Global Ultra Luxury Faction, Coalition for Fair Labor, Occupy Student Debt Campaign, Strike Debt, the Debt Collective, and Decolonize This Place—and is an organizer with others, including the American Association of University Professors and the US Academic and Cultural Boycott of Israel.

His books include Stone Men: The Palestinians Who Built Israel (winner of a Palestine Book Award), Creditocracy and the Case for Debt Refusal, and Bird On Fire: Lessons from the World’s Least Sustainable City.