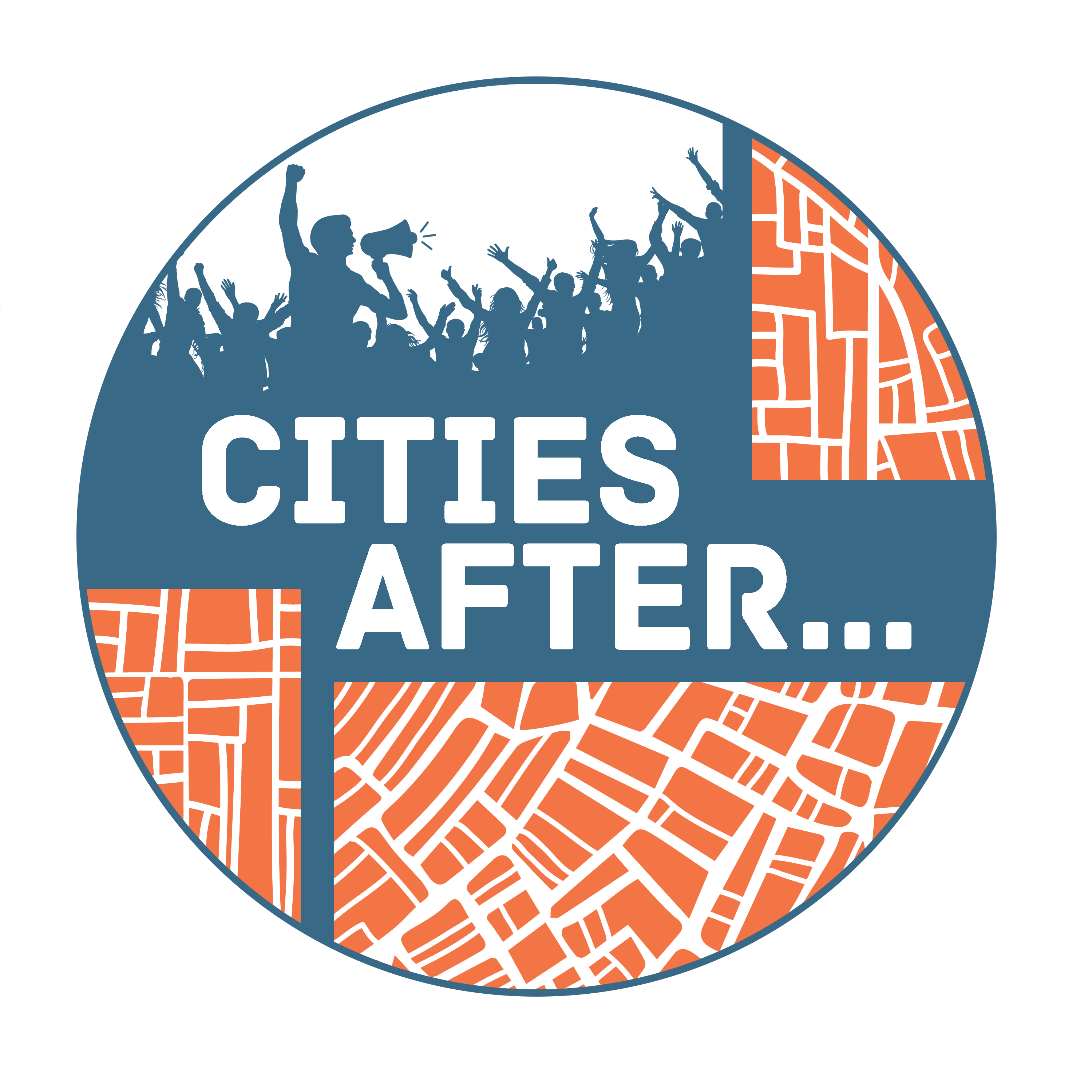 Cities After... is a bi-weekly podcast about the future of cities; grounded in our daily urban struggles, it is part dystopian and part utopian. The intention is to entice civic imagination into action, because a more just and sustainable urban future is possible.
Cities After... was launched in May of 2021 and is hosted by Democracy at Work ([email protected]). [email protected] produces media and live events to expose capitalism’s systemic problems and to show how democratizing our workplaces solves them. We can do better than capitalism.

Cities After... is released every other Tuesday as a podcast on Apple Podcasts, Google Podcasts, and most podcast player apps.

Episode titles, descriptions - all in one place!

This show is made possible by donations to Democracy at Work. Learn about all the ways to support our work on our Donate page, and help us spread the word about cooperatives to a larger audience. Every donation counts! A special thank you to our devoted monthly donors (via both our website and Patreon) whose recurring contributions enable us to plan for the future.