Cities After... Andrés Arauz on the Legacy of Economic Shock Therapy 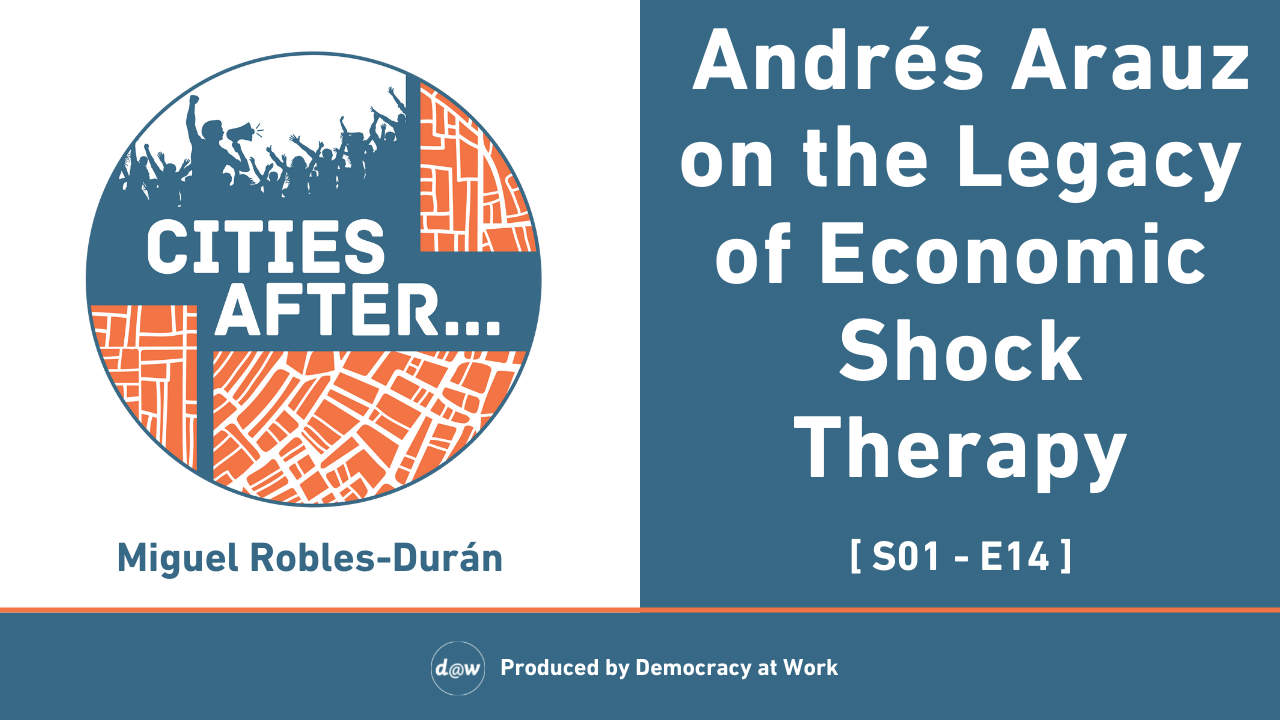 In this episode, Prof. Robles-Duran is joined by Andres Arauz, arguably, one of the most influential and intriguing political and economic thinkers of the new Latin-American left. This episode expands on the previous discussion on the contemporary effects of the Latin American economic shock therapy and how it has changed the territorial and political dynamics of the south. Robles-Duran and Arauz explore new progressive directions to counter the most recent privatization policies, and discuss the pandemic and post-pandemic socio-political battles in Latin America.

Cities After... is a Democracy At Work  production. Launched in May of 2021, it is a bi-monthly podcast about the future of cities; grounded in our daily urban struggles, it is part dystopian and part utopian. The intention is to entice civic imagination into action, because a more just and sustainable urban future is possible. A new episode is released every other Tuesday at 4pm EST.
We are committed to providing these podcasts to you free of ads. Help us keep this show sustainable by supporting Cities After... via the links below.
SUBSCRIBE: Apple Podcasts | Google Podcasts
SUPPORT: Become a monthly donor
LEARN MORE about this new podcast: Cities After... hosted by Miguel Robles-Duran

About our guest:  Andrés Arauz is an Ecuadorean economist, politician, and academic residing in Mexico City. This year, he was the progressive candidate for President of the Republic of Ecuador. He is the former general director of the Central Bank of Ecuador, former deputy minister of planning, and former Minister of Knowledge. Andres Arauz is a member of the executive council of Progressive International, an international organization uniting and mobilizing progressive activists and organizations; he is a founding member of the Dollarization Observatory and was a former board member of the nascent Bank of the South.