Cities After... The Growing Suburban Divide: COVID-19 Boomtowns and the Future of Sprawl - Pt. 1 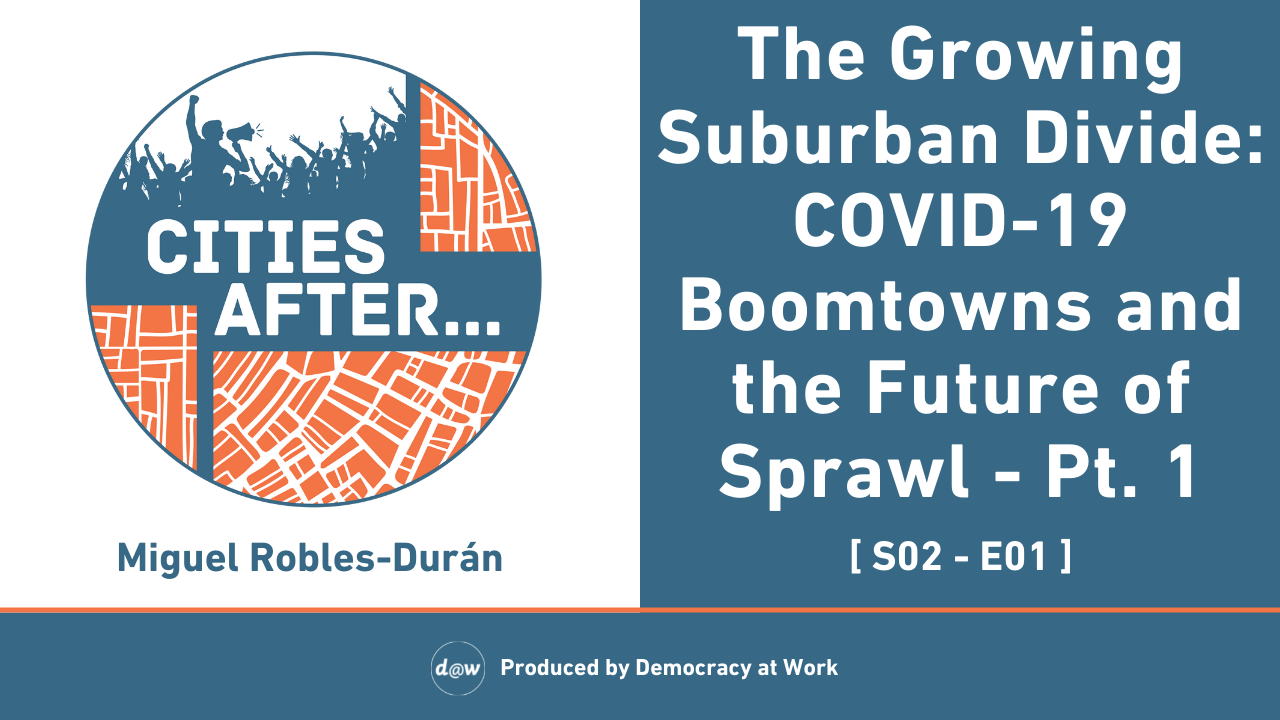 Welcome to Season Two of Cities After! Prof. Robles-Duran begins this season with a series of four episodes in which to make sense of the growing suburban divide in the United States by honing in on it's divisive politics, the consequential production of COVID-19 boomtowns, and the future of sprawl.

In this first episode, Prof. Robles-Duran gives a brief overview of the primitive accumulation that gave rise to American Suburbia together with its racist, patriarchal and capitalist ideologies. This will serve as a basis to further delve into the contemporary phenomenon of post-COVID sprawl and its social, political, economic and environmental consequences to the near future of American cities and their inhabitants.