Cities After... Housing & Real Estate Markets Around the Globe 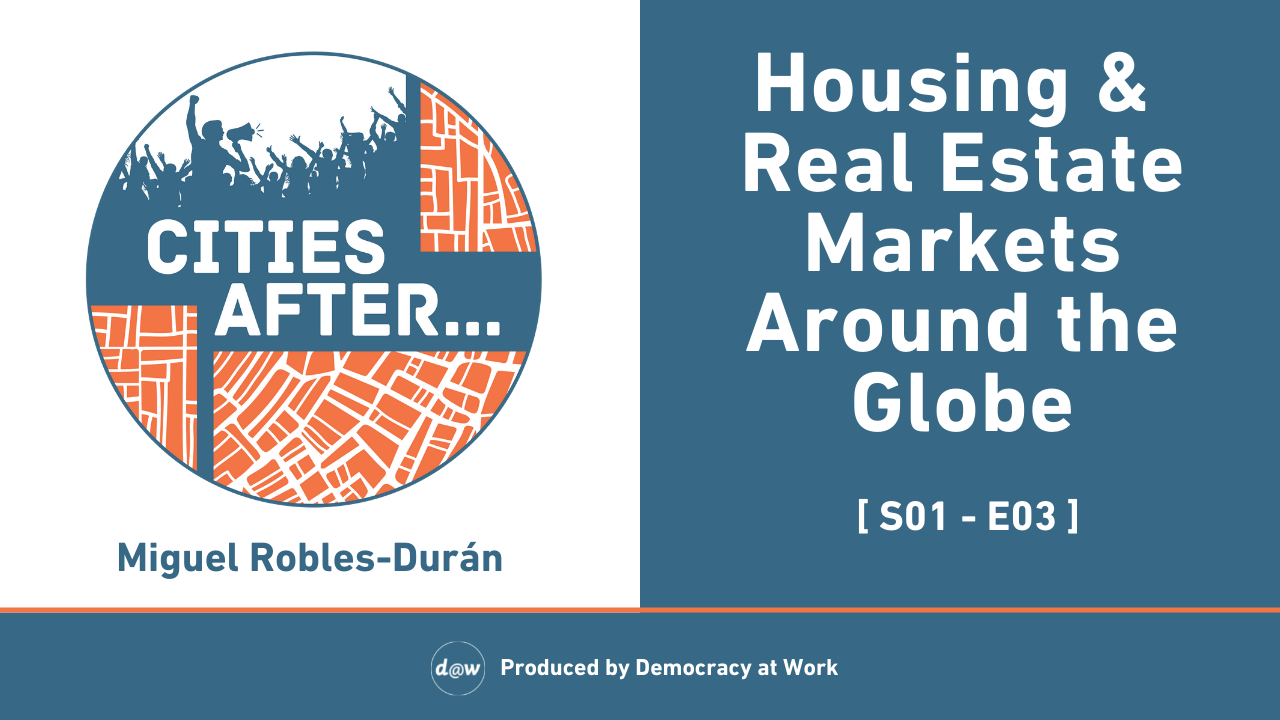 In this episode, Prof. Robles-Duran talks about contradictions that have emerged during the global pandemic all around the world. Job losses, loss of livelihoods, homelessness, and evictions have dramatically increased in cities across the globe. However, the coronavirus crisis has also effected the creation of a tremendous amount of wealth for a small minority. While the economies of many countries report contractions, the real estate and luxury goods markets report record profits. Wealth is being concentrated at the very top. Prof. Robles-Duran explores both dystopian and utopian scenarios that can emerge from this new urban development paradigm.