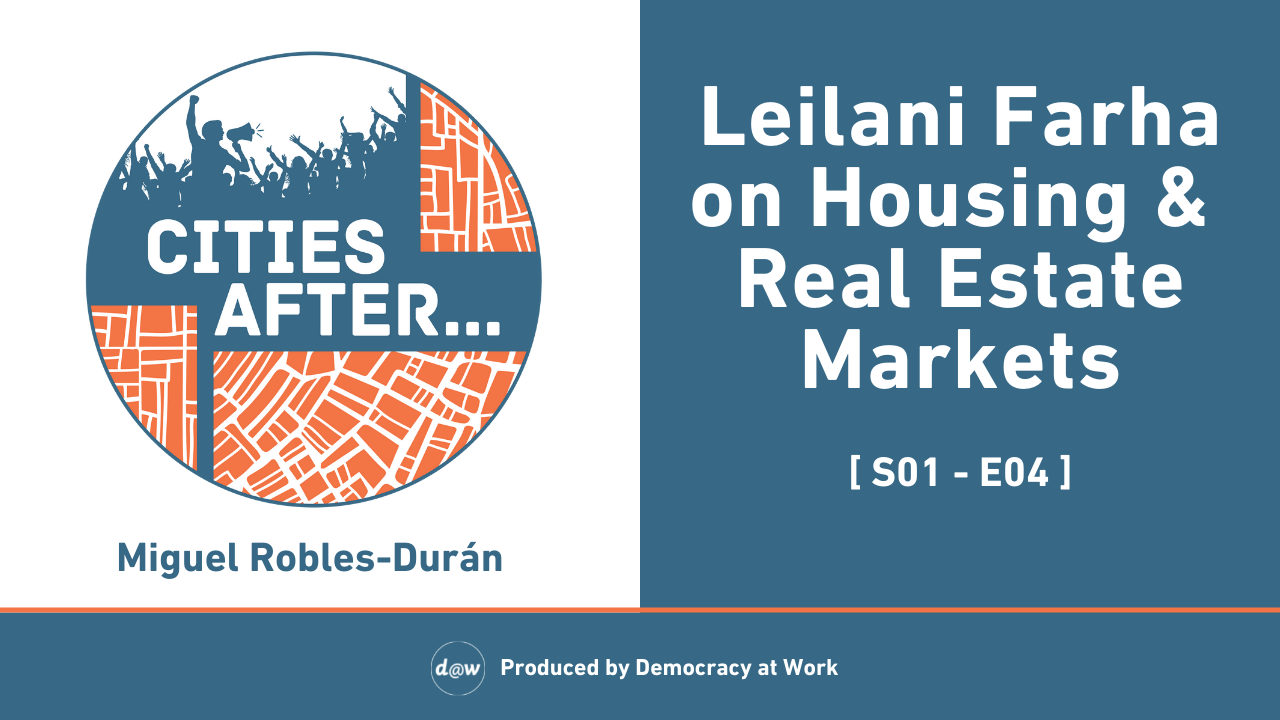 In this episode, Prof. Robles-Duran is joined by Leilani Farha, a Canadian human rights lawyer and Global Director of The Shift, to talk about the effects of the pandemic on housing markets.

About our guest: Leilani Farha is a Canadian Human Rights lawyer and former United Nations Special Rapporteur on the right to housing, as well as the Global Director of The Shift. Her work is animated by  the principle that housing is a social good and not a commodity. Leilani has helped develop human rights standards on the right to housing through her topical reports on homelessness, the financialization of housing, informal settlements, right based housing strategies, and the first United Nations guidelines for the implementation of the right to housing. She is the central character in the documentary "The Push" regarding the financialization of housing, which is currently screening around the world. Leilani launched The Shift in 2017 with the UN office of the High Commissioner of Human Rights and the United Cities and local government.