Cities After…Oligarchy and the Dark Side of Urbanization: Infrastructure and Public Spaces - Pt. 3 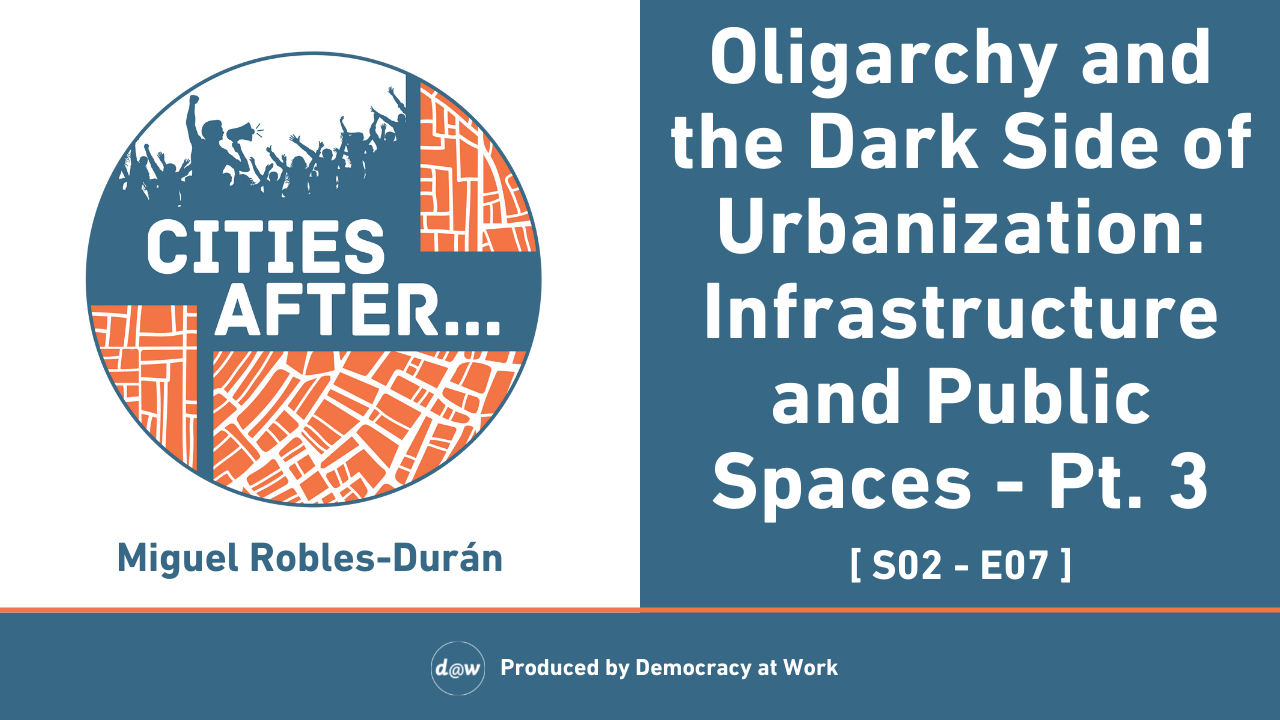 Billionaires, or more accurately, oligarchs, exert disproportional influence and control over the world’s political power, media outlets, military discourse, human labor, and natural and urban resources, including those that we commonly regard as public. In this episode of Cities After…, Prof. Robles-Durán looks at the idea of "public space" and asks: Is there anything "public" left in our urban and territorial infrastructure? What is the meaning of "public" within an oligarchy? How did the neoliberal agenda push public resources into the hands of private stakeholders and what can we do to reclaim and reinvest in truly public spaces?