Cities After... Pelin Tan on the Crisis of Architecture Today 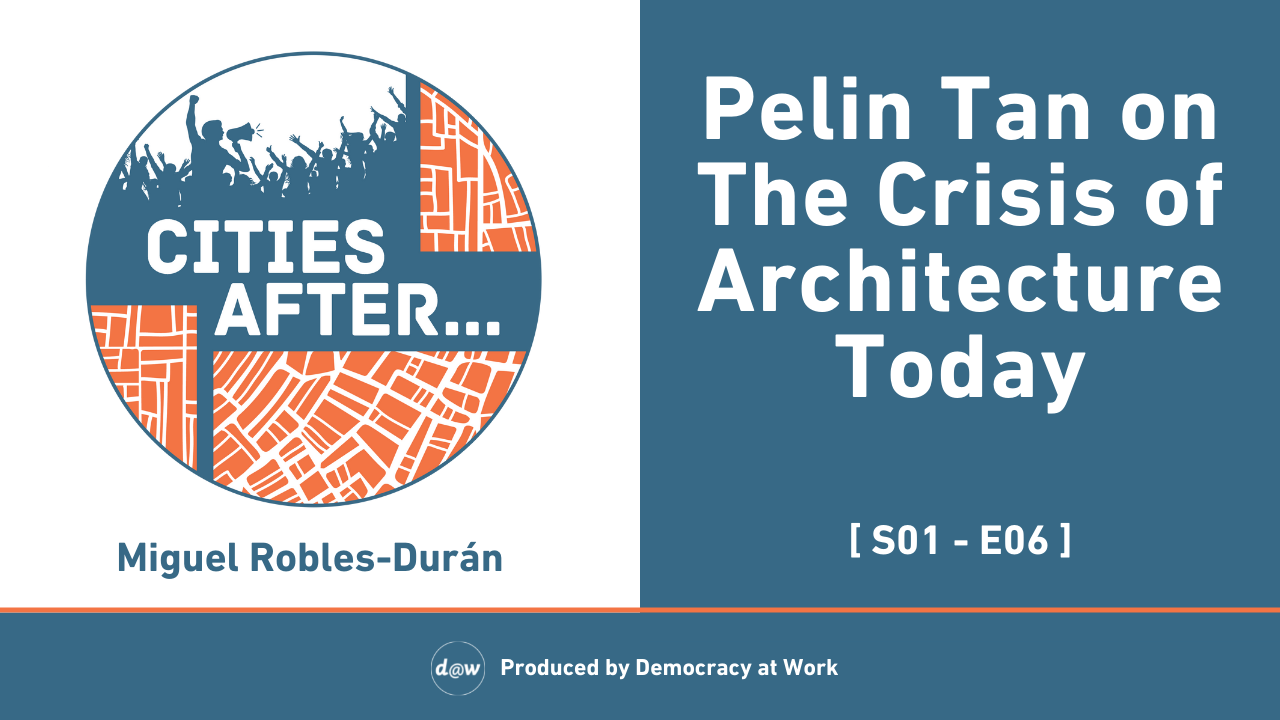 In this episode, Prof. Robles-Duran is joined by Pelin Tan, Professor of Sociology, Art, Architecture History to talk about the outmoded forms of knowledge that architecture and related urban design disciplines uphold.

About our guest: Pelin Tan is a sociologist, art historian and architecture theorist based in Turkey. She is Professor at the Fine Arts Academy, Batman Üniversitesi in Turkey and a Senior Researcher of the Center for Arts, Design and Social Research, Boston, USA. Tan, was a postdoc fellow at MIT - School of Architecture and Planning (2011), research fellow of Human Rights and Center for Curatorial Studies at Bard College (2020). She was also the 6th recipient of the Keith Haring Art and Activism award. Tan's research and publications focus on infrastructure, commons and spaces of social justice from the perspectives of contemporary art, urbanism and architecture and their methodologies. Prof. Tan has conducted extensive research in Chinese and Middle Eastern urbanism and architecture. Prof. Tan is a lead author of the Cities chapter in the International Panel of Social Progress (Cambridge Press, 2018) and has contributed to a wide range of publications, including Climates: Architecture and The Planetary Imaginary (Columbia Univ., 2017), Swamp and Other Imaginaries (MIT Press&Sternberg Press, 2021), Autonomous Archiving (Istanbul, 2017), Radical Pedagogies (MIT Press&Sternberg Press, 2021), 2000+: Urgencies in Architectural Theory (Columbia Books on Architecture and the City, 2015), The Social Reproduction of Architecture (Routledge,2017)