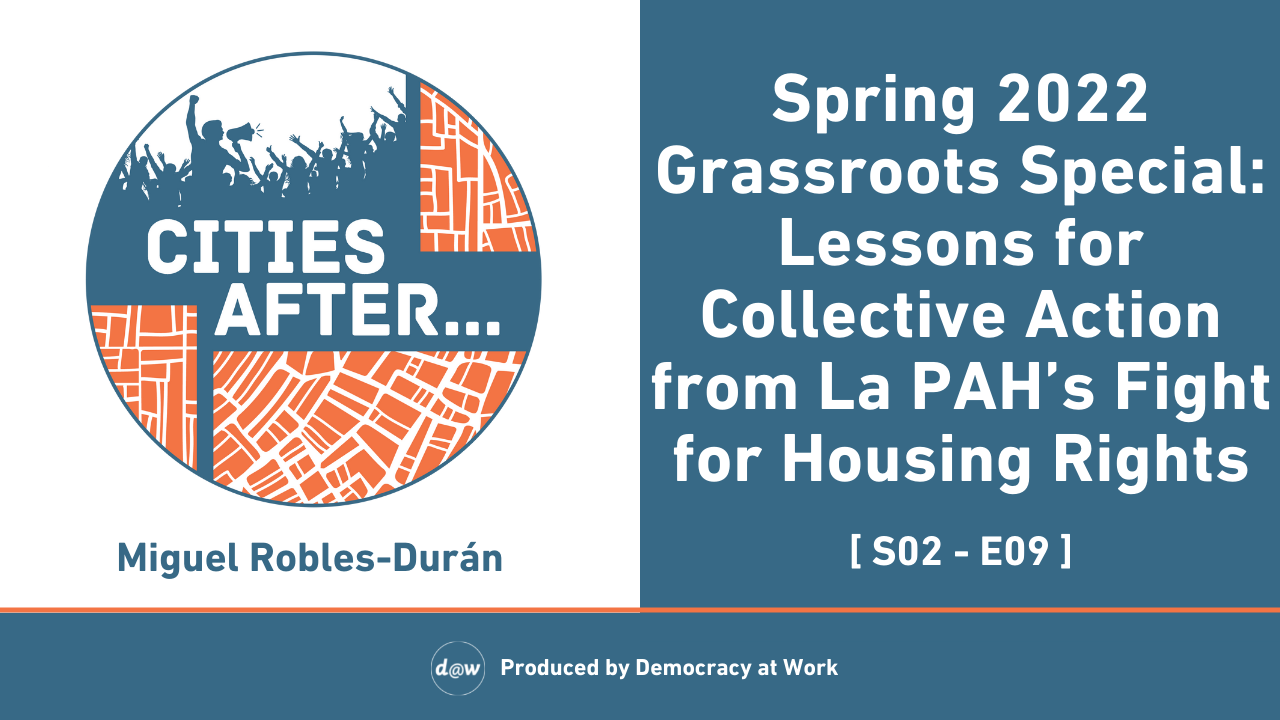 This week we want to introduce the first Cities After…Grassroots Special, a quarterly series in which Prof. Robles-Durán speaks with core members of grassroots social movements about critical lessons from their work in the streets and the many projects they are pursuing to fight for the right to the city.

For the inaugural episode, Robles-Durán spoke with Santiago Mas De Xaxas Faus, João França, Delia Ccerare Paniora and Maka Suarez, four core members of Spain's most successful housing movement: La PAH (Plataforma de Afectados por la Hipoteca, translated as The Platform for People Affected by Mortgages). They speak about their recently published La PAH: A Handbook—A manual that offers ideas, based on their 13 years of experience, for ways of organizing, mobilizing people, empowering people, and building networks between social movements and organizations, specifically in regards to the right to affordable and decent housing for all.

About La PAH: Established as a direct grassroots response to the 2008 financial crisis that burst the biggest housing bubble in Spain’s modern history, the Platform for People Affected by Mortgages has over 250 branches across the country and has instigated a paradigm shift in terms of viewing housing as an inalienable human right, and has demonstrated the strength of collective action in the pursuit of greater social justice. It has shown that there are ways of making the personal political and transforming struggles based initially on personal dramas into large, organized movements that challenge the authorities and our wider society.