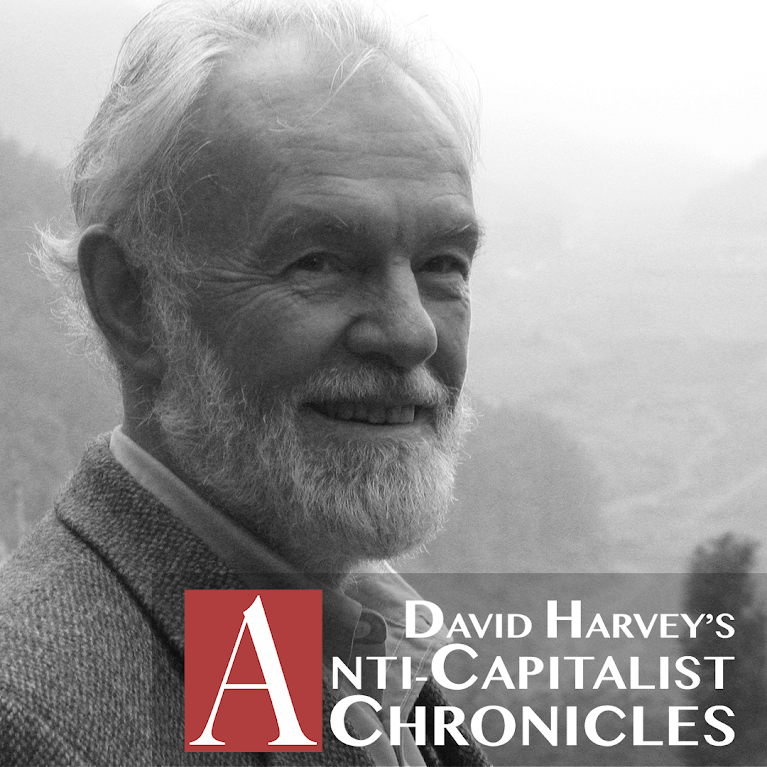 David Harvey's Anti-Capitalist Chronicles is a bi-weekly podcast and video series that looks at capitalism through a Marxist lens.

David Harvey's Anti-Capitalist Chronicles is a Democracy at Work ([email protected]) production. [email protected] produces media and live events to expose capitalism’s systemic problems and to show how democratizing our workplaces solves them. We can do better than capitalism!

HOST: David Harvey is the foremost Marxist thinker about political economy and has been teaching Karl Marx's Capital for over 40 years. He currently teaches at the Graduate Center of the City University of New York. Prof. Harvey has written extensively on the significance of Marx's Capital for understanding contemporary capitalism, and will be presenting this knowledge and more to his podcast audience.

This podcast is made possible by donations to Democracy at Work and/or to Patreon. We are very grateful for your support of David Harvey's Anti-Capitalist Chronicles even through this difficult and turbulent time! Your contributions helps us compensate the staff and workers it takes to put an episode together. Thank you for being a part of the ACC team!

ACC is released every other Thursday, both as a podcast, and on Democracy at Work's YouTube channel. Supporters of ACC on Patreon get access to the new episode and the RSS feed a day in advance. Join Patreon today!

Episode titles, descriptions, transcripts and direct links to watch on YouTube - all in one place!