Beyond Reorganization of Production

In this episode of Anti-Capitalist Chronicles (ACC), Prof. Harvey considers a looming question: is capitalism too big to fail? He speculates on what approaches may lead to a successful socialist alternative. Is it a reorganization of the productive forces? Or redistribution of wealth? Or both? 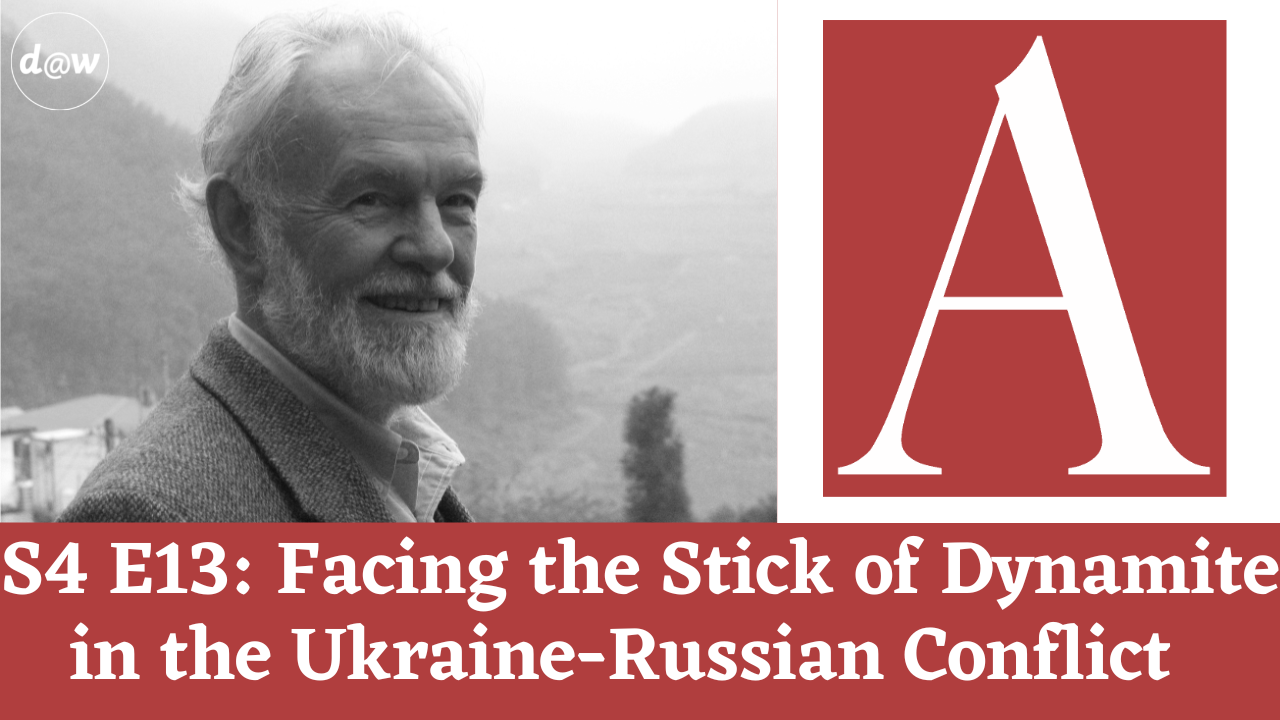 Facing the Stick of Dynamite in the Ukraine-Russian Conflict

In this episode of Anti-Capitalist Chronicles (ACC), Prof. Harvey reflects on the current Ukraine-Russia conflict and shares his conflicting feelings about the ongoing war.

In this episode of Anti-Capitalist Chronicles, Prof. Harvey continues his discussion of Brad DeLong’s new book, “Slouching Towards Utopia,” in which DeLong notes the contradiction between an emerging middle class over the last century through technological innovation and stagnant levels of happiness. To explain this dilemma, Harvey looks closer at how these technological advancements shape labor and function under capitalism. He argues that the purpose was never to lighten the load of labor, it was solely to increase profitability. Therein lies the central contradiction of capitalism: capital is great at creating new products, ideas, possibilities, and lifestyles, but it simultaneously produces alienation. It is no wonder that there is a deep dissatisfaction with our society. Alienation is a natural byproduct of capitalism when the ever-growing advancements are designed to produce more surplus rather than improve working people’s lives.

In this episode of Anti-Capitalist Chronicles, Prof. Harvey discusses the new book by Brad Delong, “Slouching Toward Utopia,” which aims to explain the massive creation of wealth over the last 150 years for the upper and middle class, its effect on the world order and why it’s failed to deliver an increasing sense of happiness among that top 50%. Harvey takes us through the history of the various world powers, from Italian city-states to the rise of the US as the global hegemon and the present shift in power that has emerged with China’s rapid economic growth. 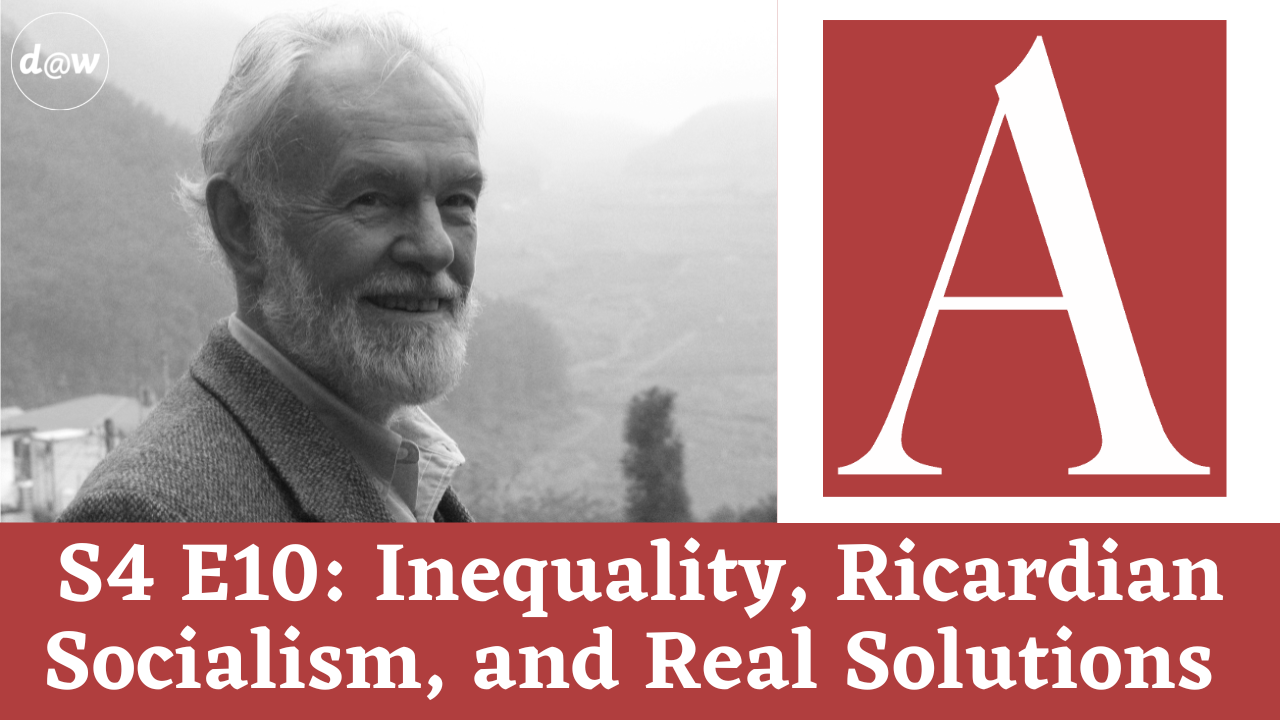 In this episode of Anti-Capitalist Chronicles, Prof. Harvey warns that the endless accumulation of capital in a variety of sectors is putting tremendous pressure on our economy, our world, and our very existence. Signs of economic growth—the rising mass of value; centralization of wealth and power in the hands of a small minority; the concentration of carbon dioxide gas in the atmosphere leading to serious climate and biological disruptions; the growing output of plastics; cement production in China; and airline travel and the surplus of liquidity seeking opportunities for investment—are being directed to unproductive activities like military expenditures and the defense industry, ever increasing the threat of nuclear war and mutually assured destruction. Harvey argues that international cooperation is needed and that alternatives must be explored. He discusses the work of Piketty and Ricardian Socialists as a way to address the growing inequality and gross injustices we are living through. He supports Piketty's ideas for the redistribution of income from the top 1% to the bottom 50% of the population and collaborative work models, like those of German and Swedish companies that give power to labor.

In this episode of Anti-Capitalist Chronicles, Prof. Harvey explores how geopolitical conflicts escalate into war, both historically and today with the ongoing crisis in Ukraine. Harvey looks at NATO’s role in escalating this crisis, lessons to be learned from the Cuban Missile Crisis in 1962, and the looming possibility of nuclear war and its global impact. Mutually assured destruction will continue to be a threat until the West and NATO decide to de-escalate, demilitarize, and negotiate rather than to continually operate offensively.

The Evolution of Capitalism

n this episode of Anti-Capitalist Chronicles, Prof. Harvey offers his perspective on two questions being debated in leftist circles: are we entering a new kind of capitalism? Is the current capitalism a type of new feudalism? In order to approach these questions, Harvey looks to capitalism’s past and present—at the rentier class, evolving roles and relationships between industrial, market, and finance capitalists, the creation of the stock market, monopsonies, and more. Capitalism is in constant flux and always evolving. Instead of wondering if we are entering a new feudalism or not, Harvey argues we must analyze the current, unique conditions and then consider how we can be anti-capitalist towards this contemporary type of capitalism. 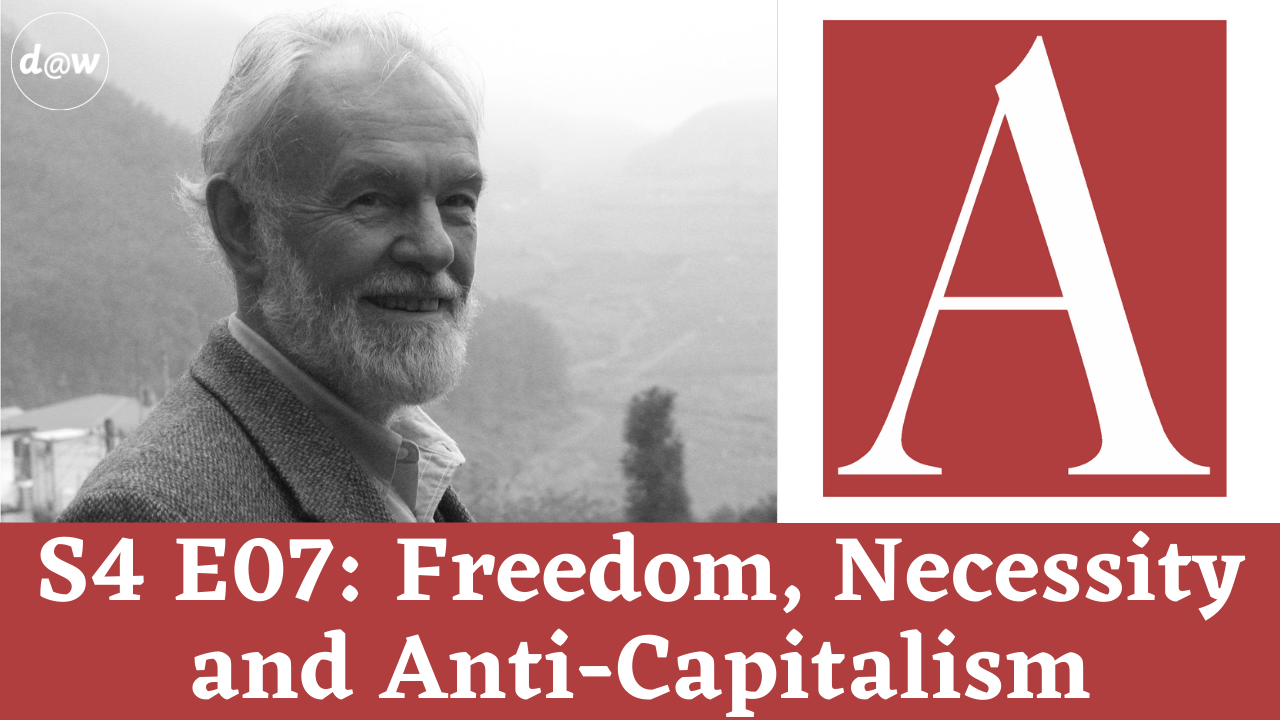 In this episode of Anti-Capitalist Chronicles, Prof. Harvey points to a number of hopeful changes in the political landscape of various countries: Colombia, Peru, Brazil and France. Harvey continues by drawing on Marx’s arguments on the 10-hour work day as a guide for today’s anti-capitalist agenda. Given the current US conditions, the movement should focus on small, incremental changes and mobilize around important issues such as housing and living wages.

US Labor - Supply vs. Demand

Prof. Harvey looks at the conditions of labor in the US today: the supply and demand as well as the characteristics capital requires from its labor force. If those characteristics are not met, Harvey explains, or can be met for a cheaper wage, capitalists will often seek it out in other countries. This parasitic nature results in an underinvestment and underdevelopment of resources such as health care and education for the domestic workforce. Instead, Harvey argues that we must utilize the surplus labor and surplus capital in the US in order to create a society in which basic needs are met and towards productive work with a social purpose. 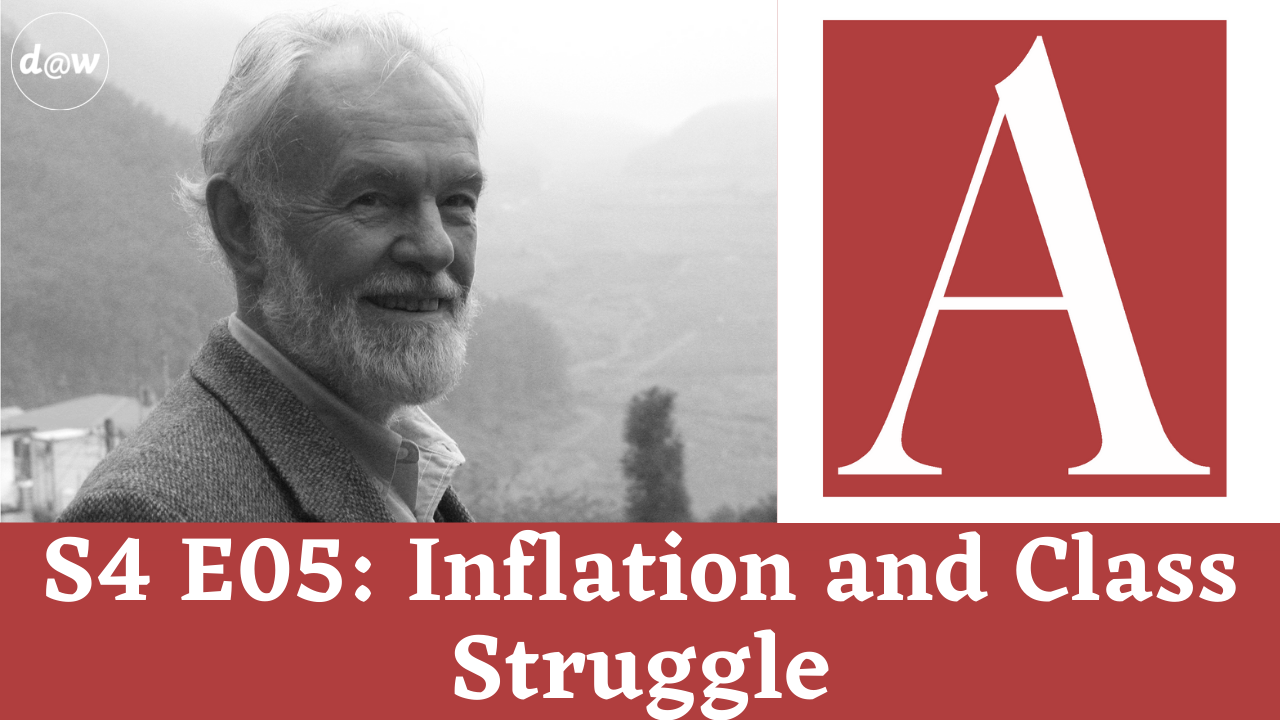 In this episode of Anti-Capitalist Chronicles, Prof. Harvey examines the current US inflationary crisis and suggests that its cause goes beyond the mainstream explanation of supply and demand. He argues that the crisis has been engineered by capital in an effort to protect profits, weaken the power of labor and discipline social movements. Harvey looks back at the inflation of the 1960s and the 1970s and the relationship that existed between wage rate, profit rate and inflation rate. He predicts this current wave of inflation to be with us for some time, and urges us to consider whether the resulting recession is caused by a lack of opportunity, or if it is simply a means for the capitalist class to seize more power and control.

In this episode of Anti-Capitalist Chronicles, Prof. Harvey talks about the ever rising mass - the rising quantity of money, debt, GDP, military expenditures, greenhouse gas emissions, plastic waste, etc. - and asks what are the qualitative transformations and the costs of the ever expanding mass. He cautions that the degree of expansion needed to revive capital to its pre-pandemic levels is not sustainable given the finite resources of our planet and a capitalist economy with its endless drive for profit and accumulation, and argues that an alternative system is desperately needed. 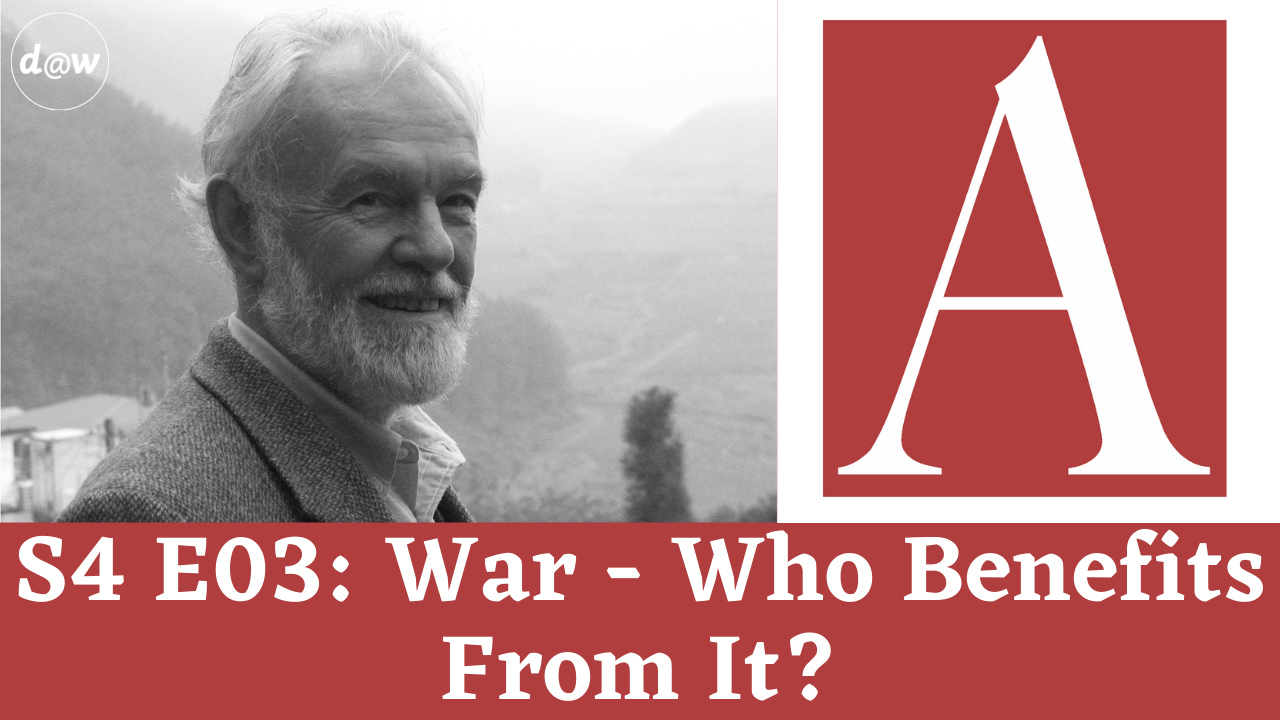 War - Who Benefits From It?

“The one sector of government that doesn’t experience austerity is the military budget.” In this episode of Anti-Capitalist Chronicles, Prof. Harvey looks at the role of military expenditures in contemporary capitalism in the US and how it affects the rest of the world. From WWII to the Cold War, to the Iraq War, to the current Russian War on Ukraine, the US has consistently found ways to justify expanding the military budget, while shrinking almost every other government sector. But who benefits from this constant expansion? As Harvey reveals, it’s the politicians who represent locales with military bases and the corporations like Lockheed Martin and Boeing, that provide the military supplies and equipment.

When Technology Become a Business...

Technology has become the largest industry in the world. In this episode of Anti-Capitalist Chronicles, Prof. Harvey picks up where he left off from the previous episode to further explore the implications of technology as a business. To do this, Harvey looks closely at Apple as an example—the labor conditions in China, where the product value actually comes from, and the differences in profit rates between the company itself and the production companies further down the supply chain. As the tech sector continues to explode, Harvey begs us to investigate the ways in which it shapes our lives and choices: through concealed exploitative practices, monetization of access, artificial intelligence, and more. 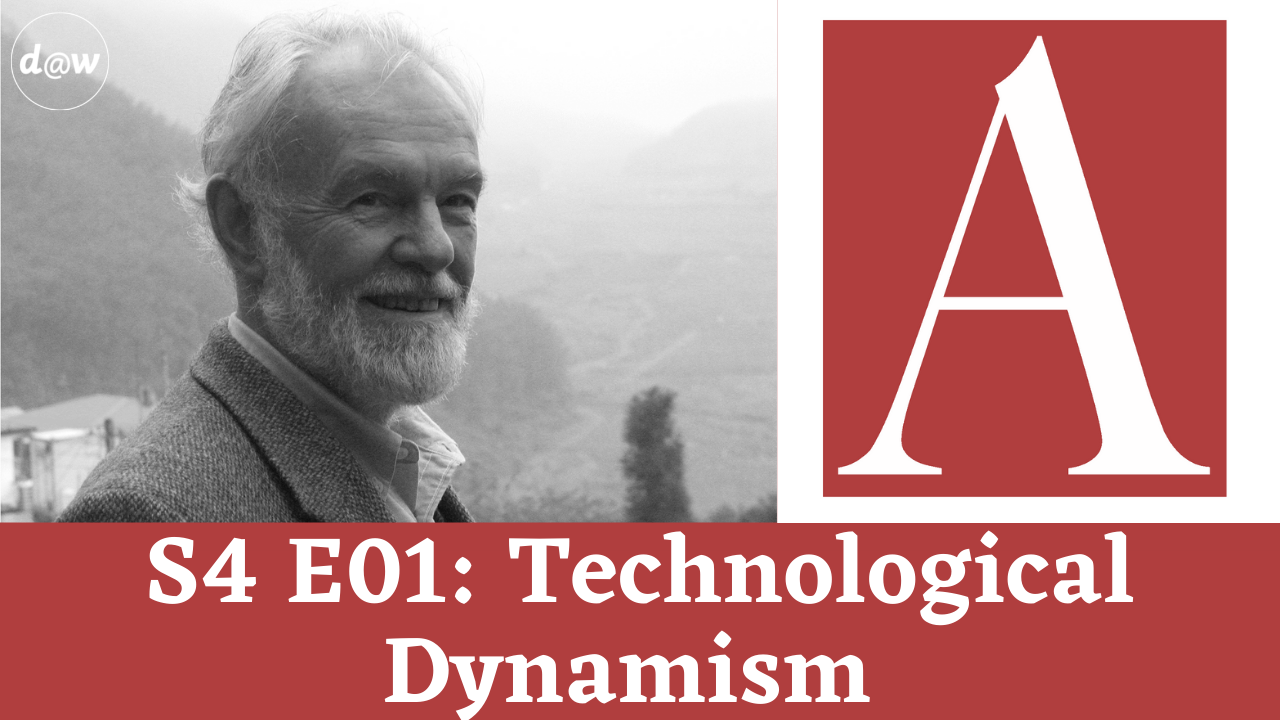 Technological dynamism comes in various forms: the organizational form, used to improve social productivity, such as the just in time system implemented by the automobile industry; the software of production which centers around keeping employees happy and motivated; and the hardware of technological change, via machinery and equipment. Technological change is driven by the coercive laws of competition between individual capitalists. However, Harvey points out that it is also increasingly driven by the coercive laws of competition between states, and between power blocks (China, US, Russia, Europe), yielding new technologies and non-benign forms of competition used for military advantage and for wealth and power. But, Harvey asks, in what ways can we keep pressure on progress and innovation to produce new technologies that will benefit society as a whole.