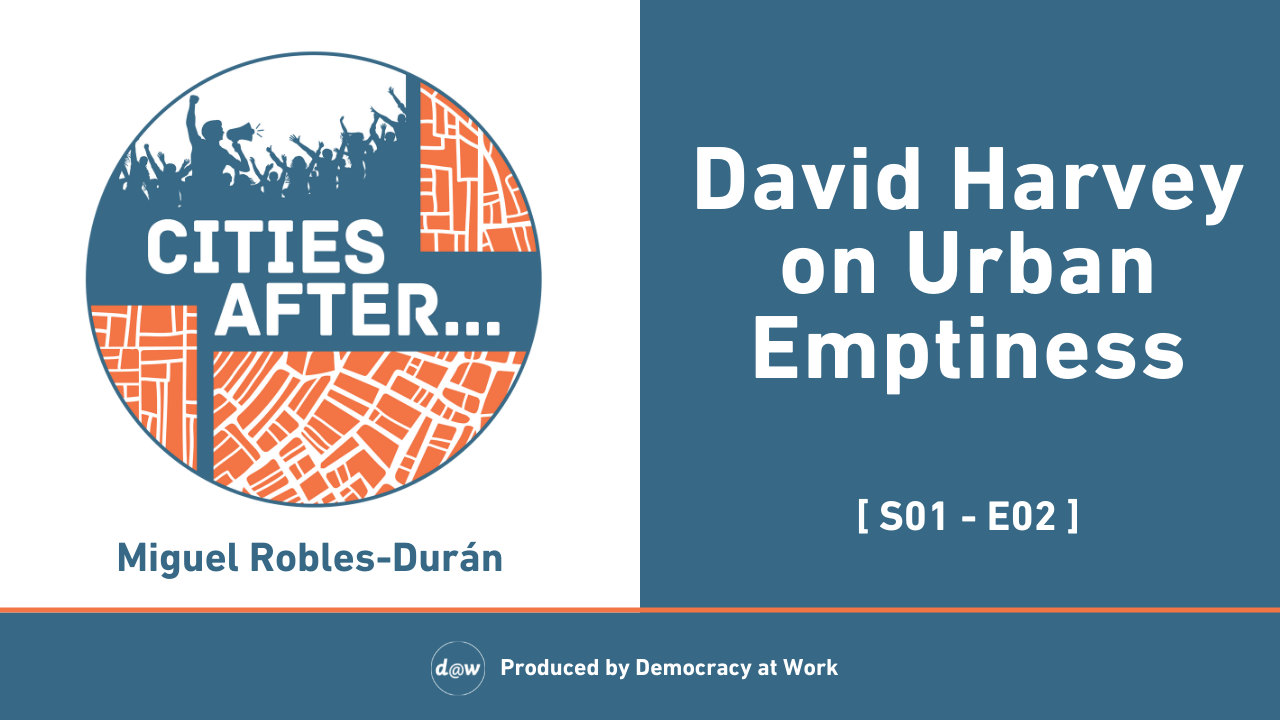 In this episode, Prof Robles-Durán and guest, the Marxist geographer David Harvey have a conversation about possible futures to the new empty spaces that now permeate our cities.