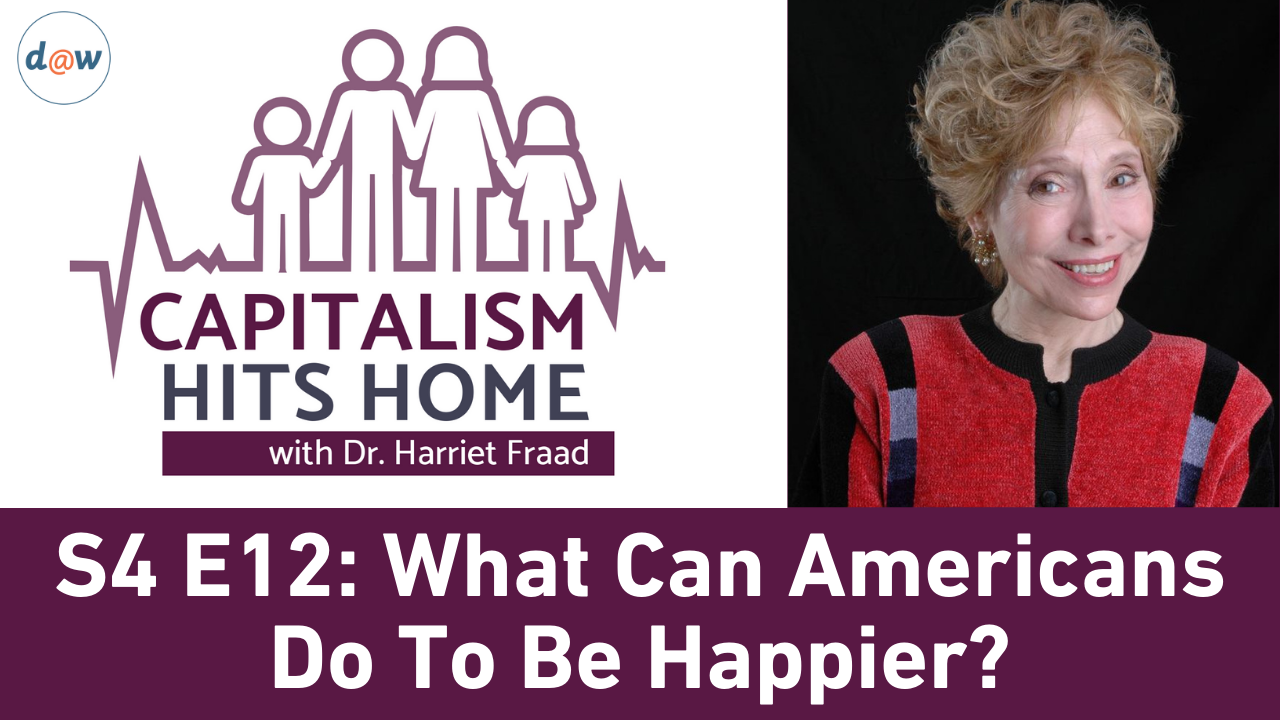 What Can Americans Do To Be Happier

The UN released its 2021 World Happiness Report. In this episode of CHH, Dr. Fraad answers why as world's richest nation, the US is not even one of the happiest. What do Americans need to do to be happier people? Fraad believes it can be done and tells us how.

In this episode of CHH, Dr. Fraad talks about the strikes sweeping the nation. In spite of a compromised AFL-CIO and no powerful Socialist labor Party or powerful Socialist media, American Labor is beginning to realize that labor is indeed essential and deserves to be valued and paid. Striketober is a beginning. 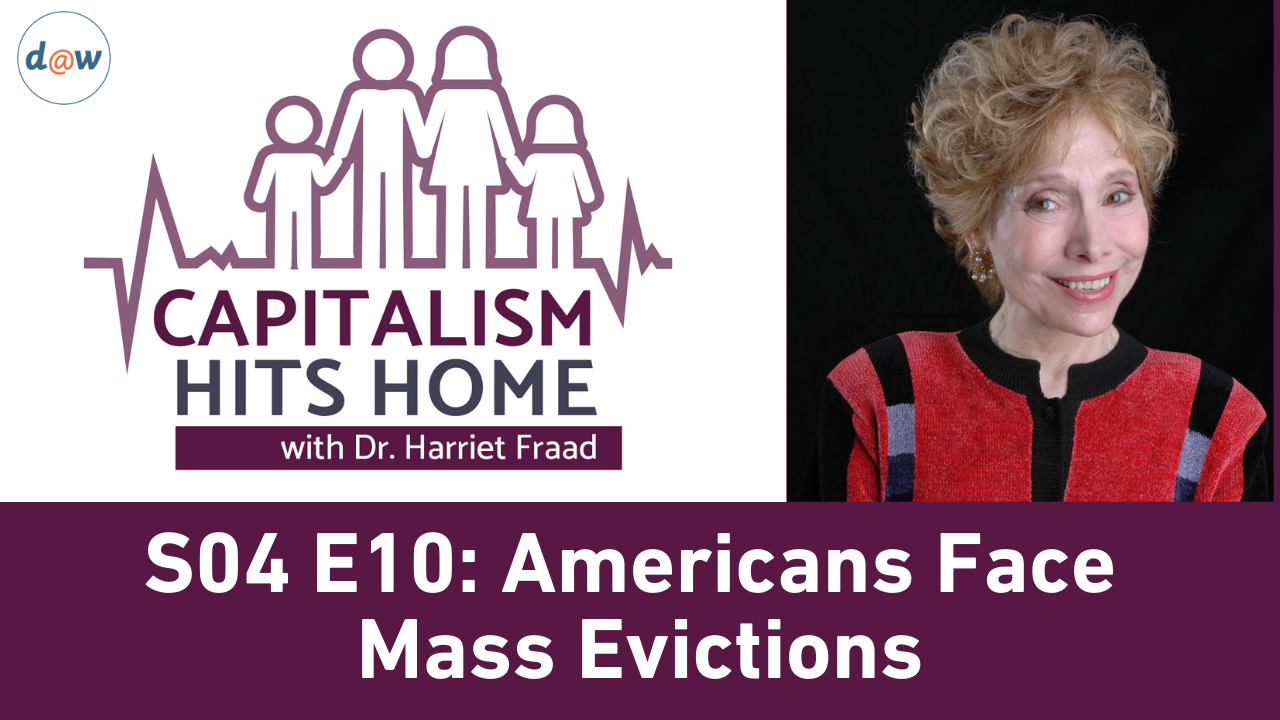 Why Does the US Lean the World in Rape?

Rape is a hate crime. This podcast analyses the forces that shape US rape in gender, culture, psychology and capitalism. 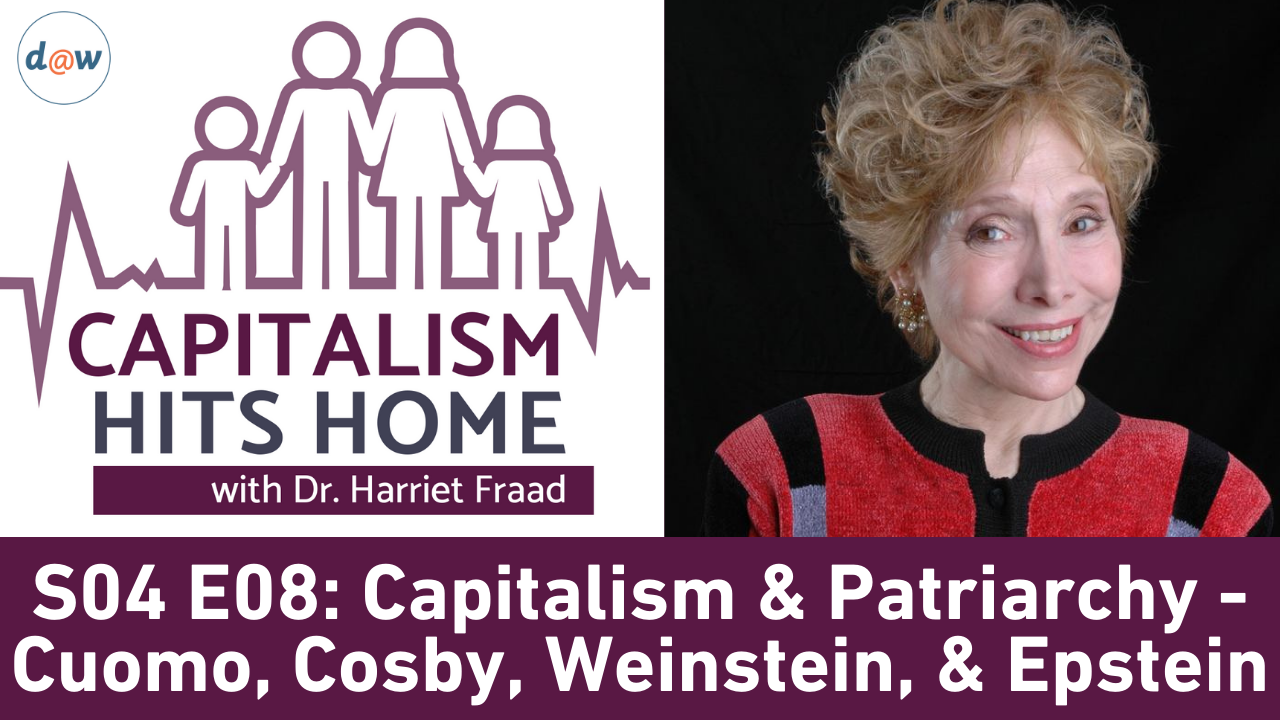 Capitalism is a class system of a small employer class making profit from the labor of a huge class of employees, who depend on employers for survival. Patriarchy is a system in which men are entitled to appropriate services from women who are considered less than fully human. Both systems interact to shape rampant sexual abuse. In this episode of CHH, Dr. Fraad explores expressions of patriarchy and capitalism in the much publicized cases of Cuomo, Cosby, Weinstein, and Epstein.

In the episode of CHH, Dr. Fraad talks about the importance of celebrating Labor, which is essential to life. But she argues that we need to go beyond and learn what our labor history is - something which is absent from our education. 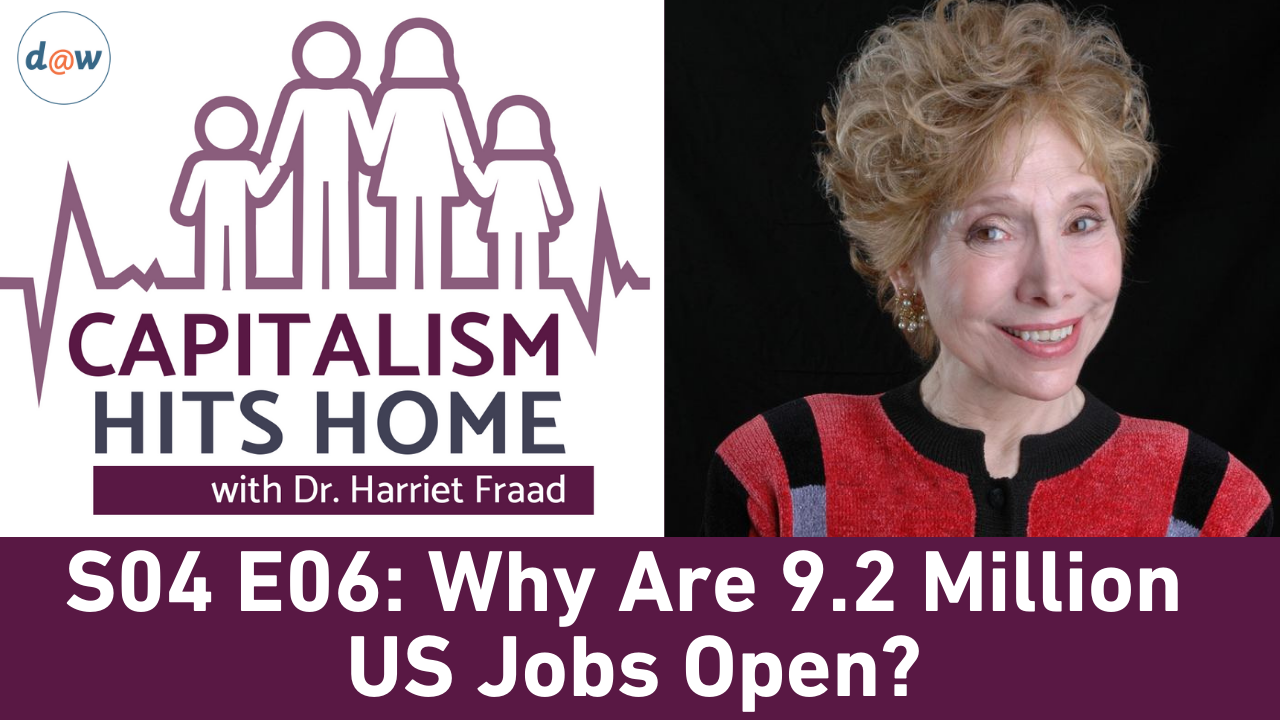 In this episode of CHH, Dr. Fraad addresses the "labor shortage" in the US today. 9.2 million jobs remain open. Republicans and Democrats differ on what to do about this supposed shortage. 44% of US workers are low pay workers constantly struggling to survive. Maybe they just won't stand for it! 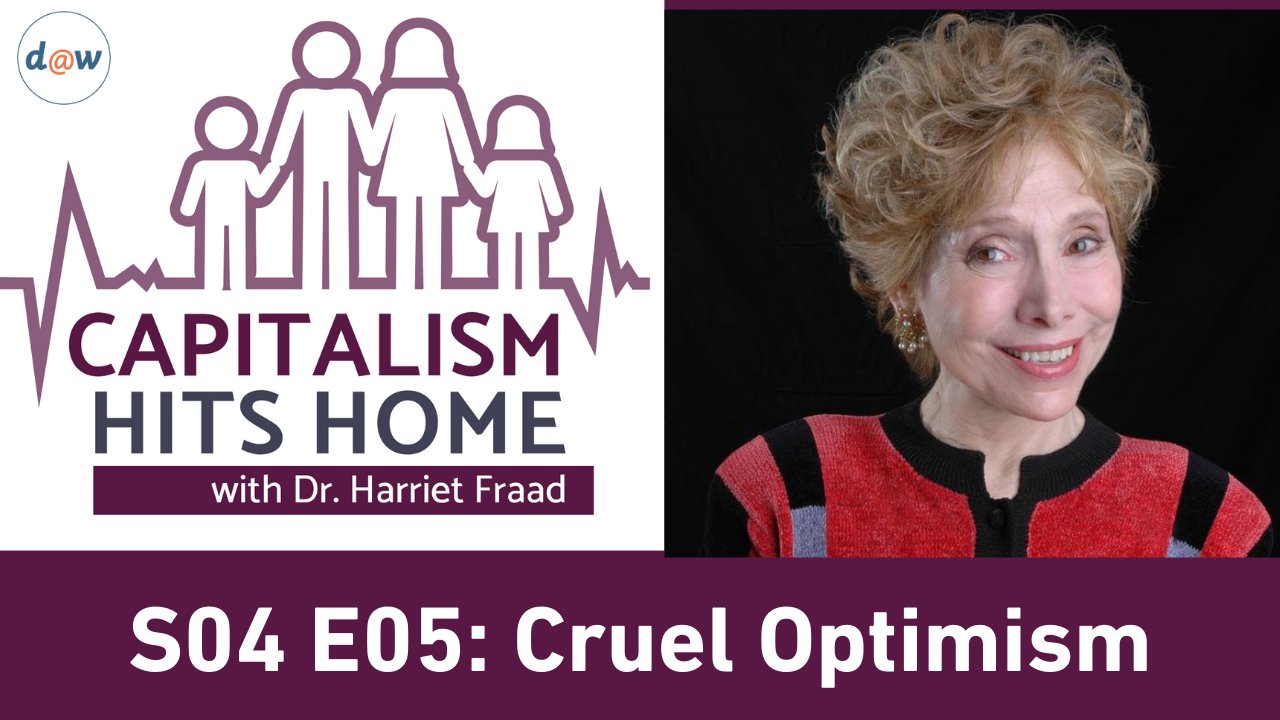 In this episode of CHH, Dr. Fraad explores the concept of cruel optimism from Lauren Berlant's book. American culture teaches us to look on the bright side. Nonetheless, the blight side of US life is emerging. The media, corporate advertisement-driven as it is, hides the reasons why pandemic and recession blight spreads. People, and particularly men, are driven mad. They reach for their guns to reassert their supremacy. Reflexive optimism turns cruel.

On this week's CHH, Dr. Fraad is joined by psychotherapist and author Tess Fraad-Wolff to talk about celebrity pop artist Britney Spears. Spears' plight captures our attention because she personifies American suffering. Her exploited, adolescent, coy, sugary sexuality presents her as an object of men's desire without her own desire, earning millions that her boss-father-slavemaster appropriates. Spears represents the gender regression of the Right Wing. We identify because Britney's father's strategy is the strategy of US capitalism to control the American people: isolate, medicate, and appropriate. No wonder we are riveted. 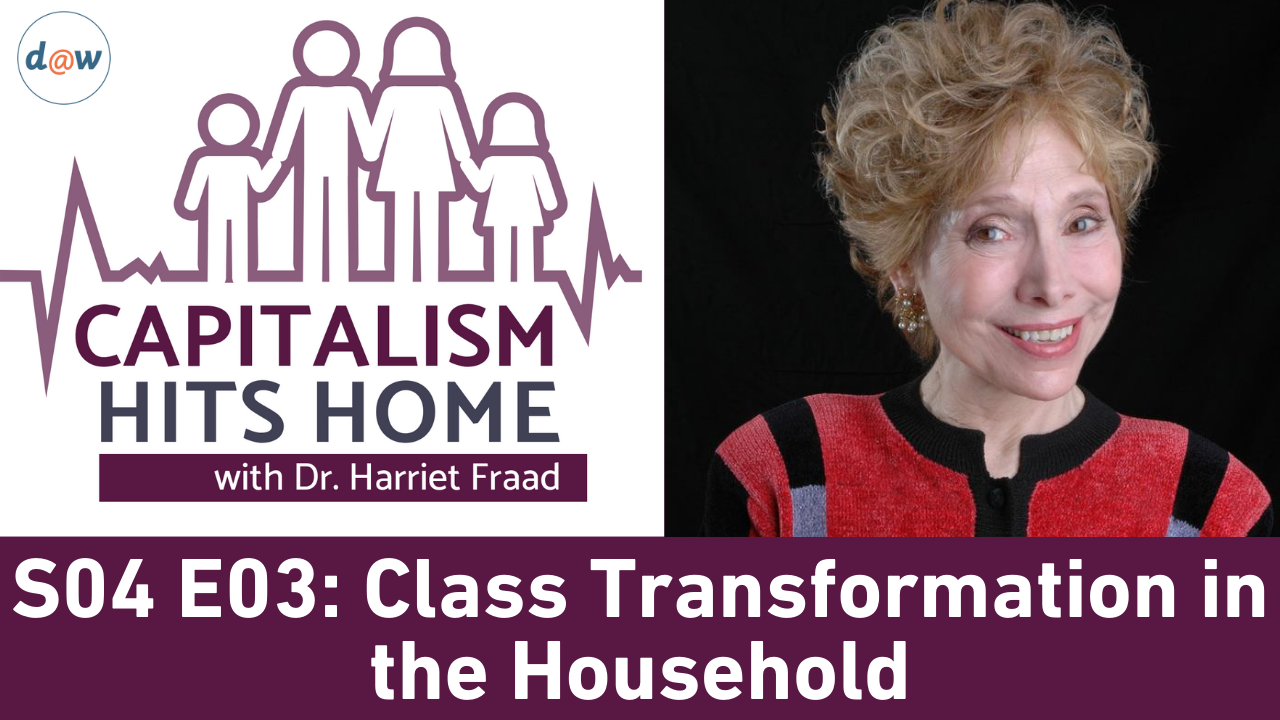 Class Transformation in the Household

In this episode of CHH, Dr. Fraad talks about the revolutionary class transformation experienced in the household from feudalism to other class forms, like the independent household and the communist, or communal household. She argues that many current political struggles such as struggles over abortion rights, birth control, and LGBTQ rights are in large part struggles over the conditions of existence for household feudalism and other household class formations.

In this episode of CHH, Dr. Fraad defines what class is and explores where it has hit in America. America has included 4 class formations: slavery, feudalism, capitalism, and communism. Except for the brief period of the New Deal, we have not experienced socialism, where a strong state regulates capitalism to provide crucial public support for its citizens. Dr. Fraad argues that, surprisingly, we have practiced feudalism in the household for most of our history. 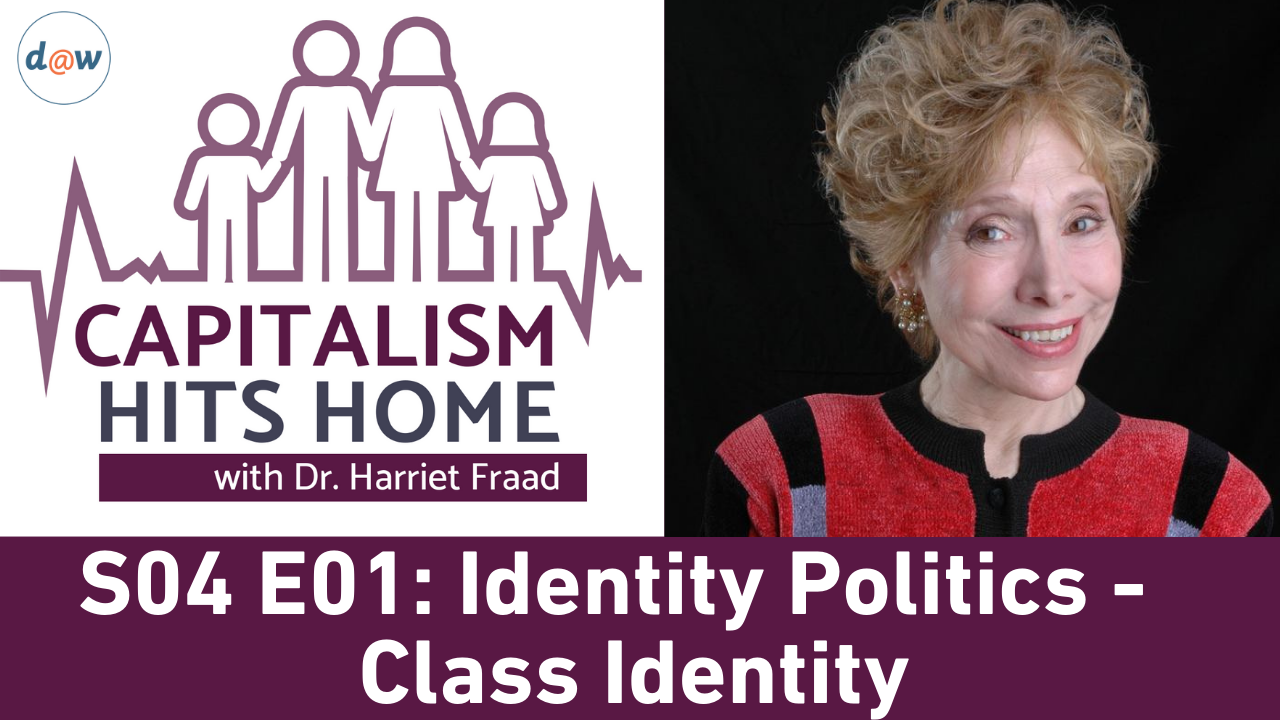 In this episode of CHH, Dr. Fraad explores the question of identity politics. Identity politics can be liberating for those who identify as women, people of color, or LGBTQ members. Those identities need to be called out and claimed with pride. But Fraad asks why is our class identity excluded? Why limit and divide human beings when alliances can be made to create a powerful class identity movement that honors all of our identities?


OTHER SEASONS OF CAPITALISM HITS HOME