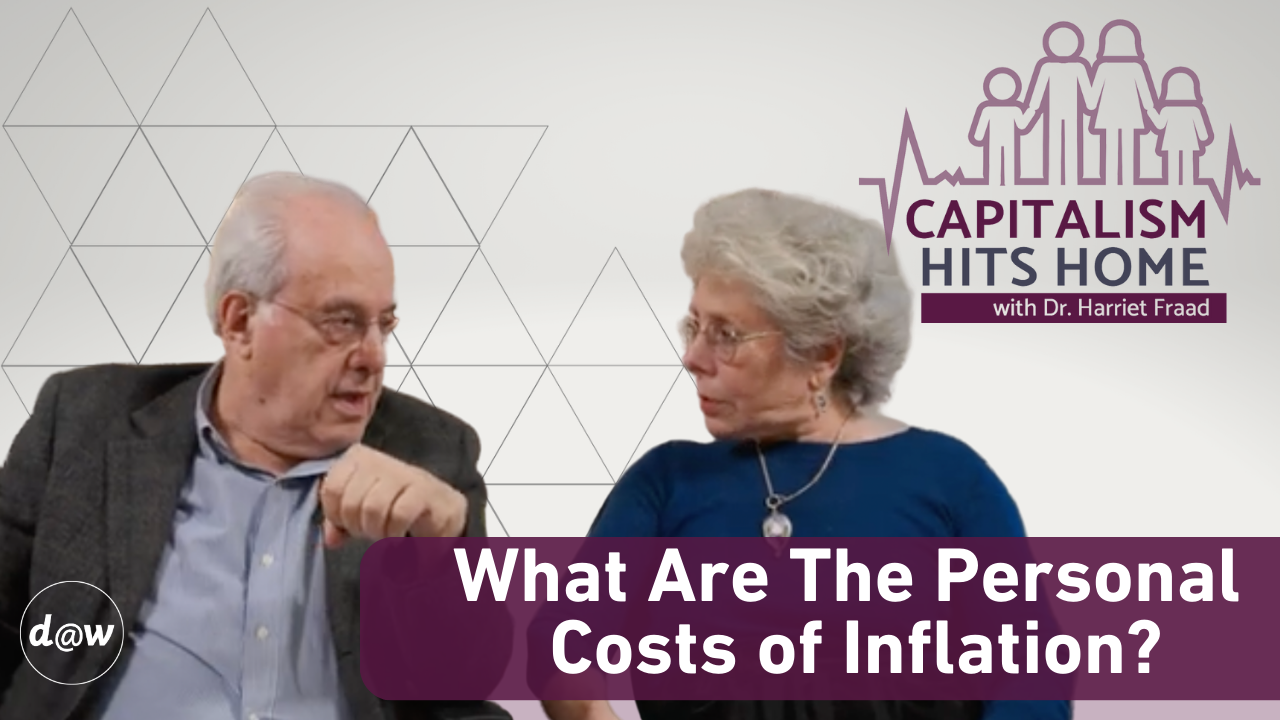 What Are The Personal Costs of Inflation?

In this episode of Capitalism Hits Home, Dr. Fraad is joined by Prof. Richard Wolff, host of Economic Update to discuss inflation and the collateral damage it has caused Americans. In the first part, Prof. Wolff explains what inflation is and the real reasons behind the rising prices. Dr. Fraad then explains what inflation means to the majority of people. She explores the personal, social and psychological effects the high cost of living has caused.

"Denial is a way the brain copes with a painful reality." In this episode of Capitalism Hits Home, Dr. Fraad continues her discussion of how Americans are coping with a falling empire: by not facing it. Human brains have the capacity to look away or shift blame when facing reality is too difficult, mainly through denial, dissociation, projection, and transference. Fraad looks at the war in Ukraine as a prime example of how America is falling and how our coping strategies are getting in the way of confronting that truth. 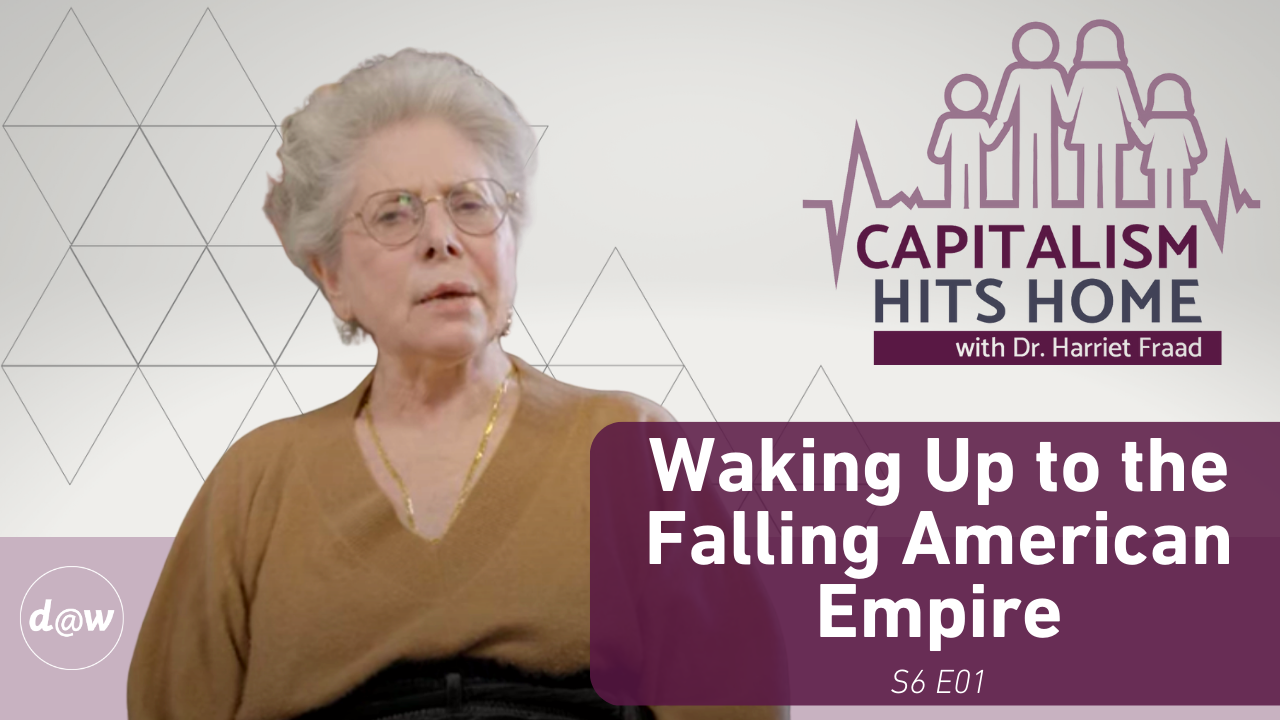 Waking Up to the Failing American Empire

In this episode of Capitalism Hits Home, Dr. Fraad dissects a harsh reality: the American empire is falling and the signs of its decline are everywhere. High divorce rates, low wages and high unemployment, mass shootings, shortened lifespan, election denials, price gouging, and war are all side effects of this American decline. We are not the empire we once were. When will we wake up to this reality?