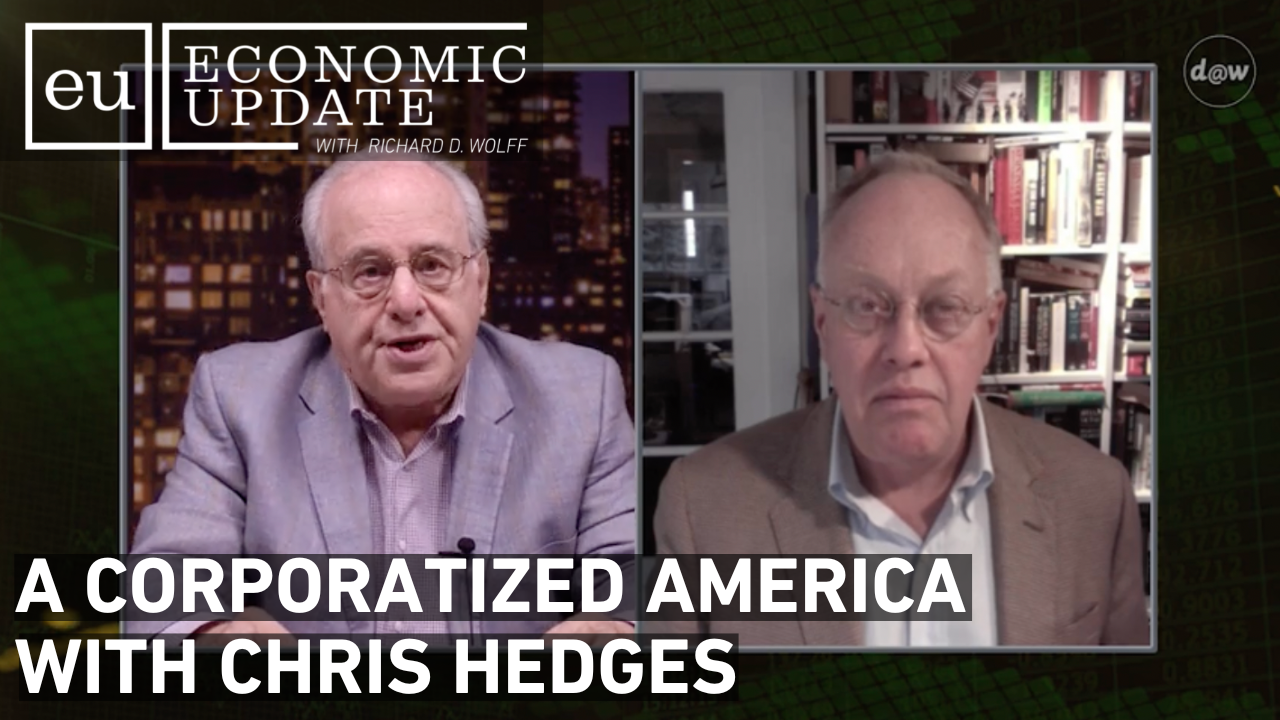 A Corporatized America with Chris Hedges

In this week's Economic Update, Prof. Wolff explains why capitalism does not deserve credit for improved living conditions, Home Depot billionaire blames US capitalism's problems on US workers being "lazy, fat, and stupid," Southwest Airlines as example of failures by both corporations and their gov't "regulators," George Santos as creature of capitalist advertising. In the second half of the show, Wolff interviews Chris Hedges on the crisis of corporate America in 2023.

Economics For A New Year

In this week's Economic Update, Prof. Wolff discusses US spending for war in Ukraine paid for by higher interest rates and inflation hurting middle and small businesses ; a rational transport system is NOT electric cars; an appreciation of the "degrowth" impulse with a critique of the degrowth movement's focus on individuals' consumerism and excess consumption. 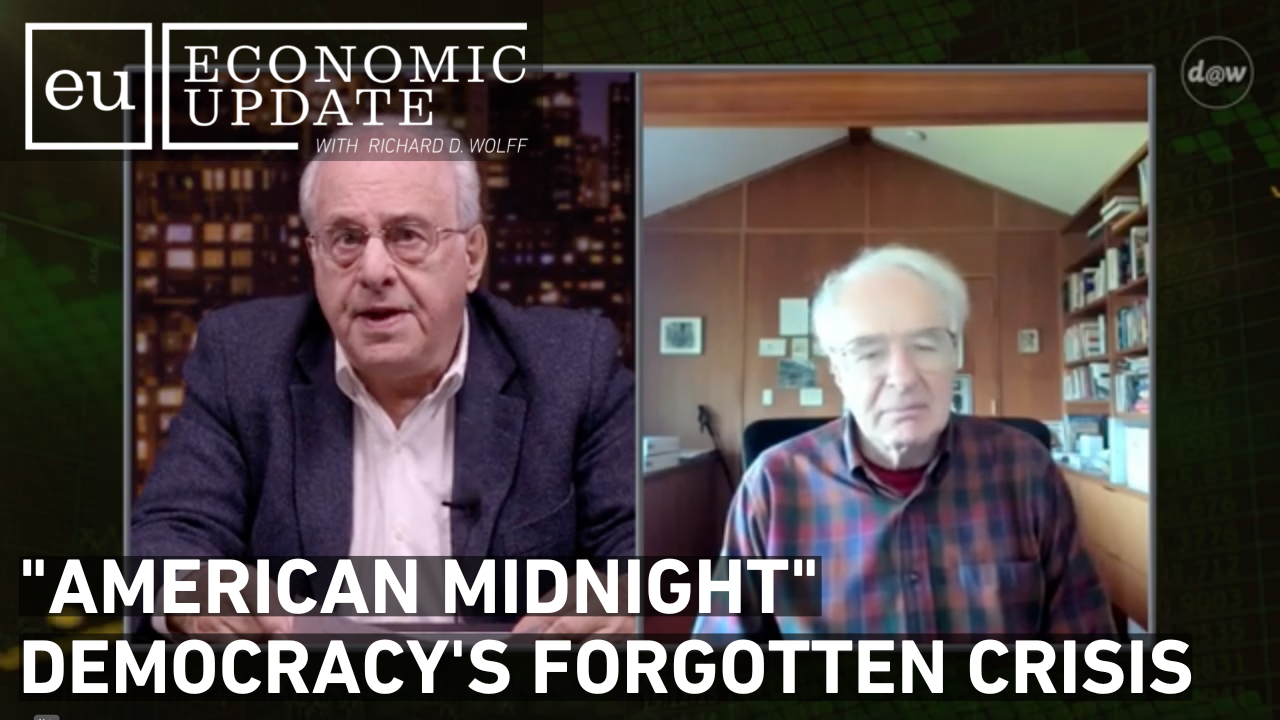 In this week's Economic Update, Prof. Wolff presents updates on the French School of Economic Warfare and sanctions against Russia; how asset price declines threaten US pensions, electric replace fossil fuel private cars because of profit motive, instead of for a rational transportation policy; US police in elementary schools: bad for students, parents, teachers and even police; honoring Staughton Lynd, US radical academic and labor organizer who died on 11/18/22. In the second half of the show, Wolff interviews Adam Hochschild, author of "American Midnight" how 1917-1921 was a US rehearsal for a parallel right-wing surge of recent years.

The year 2022 produced a daunting, long list of serious problems associated with the economy (inflation, rising interest rates, stock market decline, deterioration of the environment, war, labor uprising, etc.). More than ever, the victims and critics of the problems of 2022 identified them as symptoms of a systemic problem, namely the capitalist system. On the one hand, capitalism is working as it always has, but that is now a problem. At its center capitalism prioritizes profit and profit maximization and we show how they are the core causes of the system's dysfunction now for all but a tiny minority at its top. 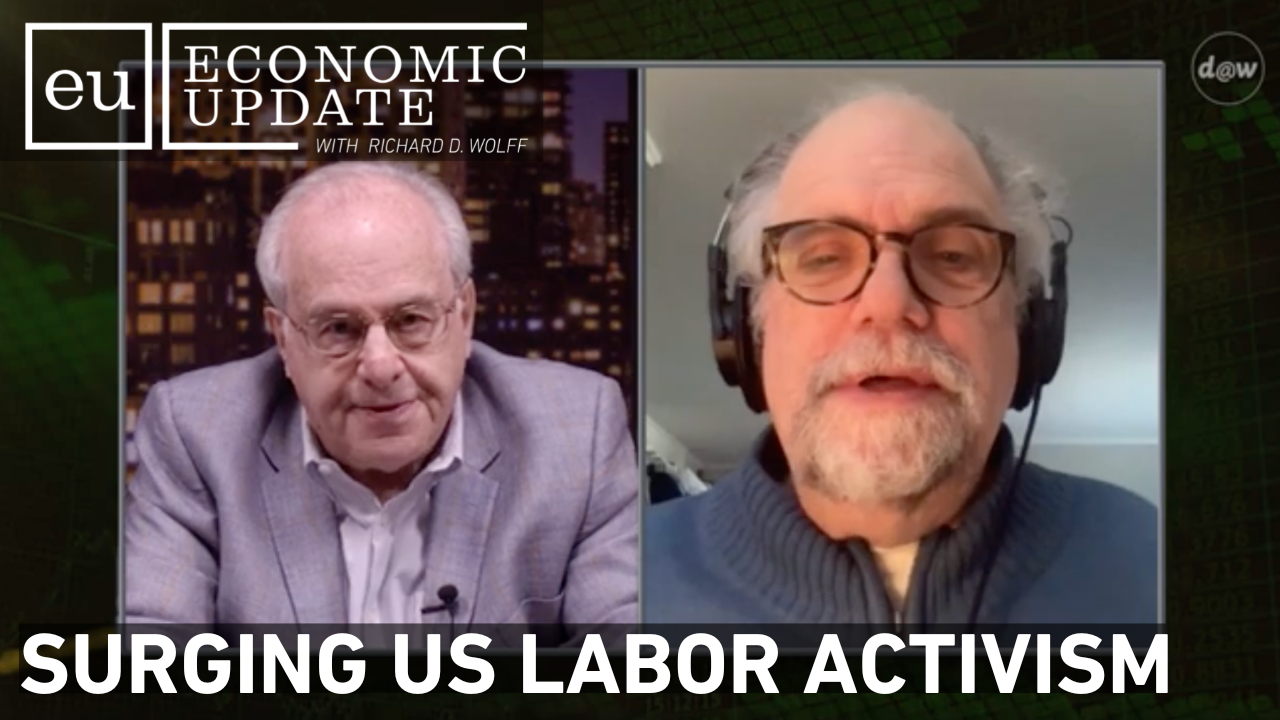 Other Seasons of Economic Update